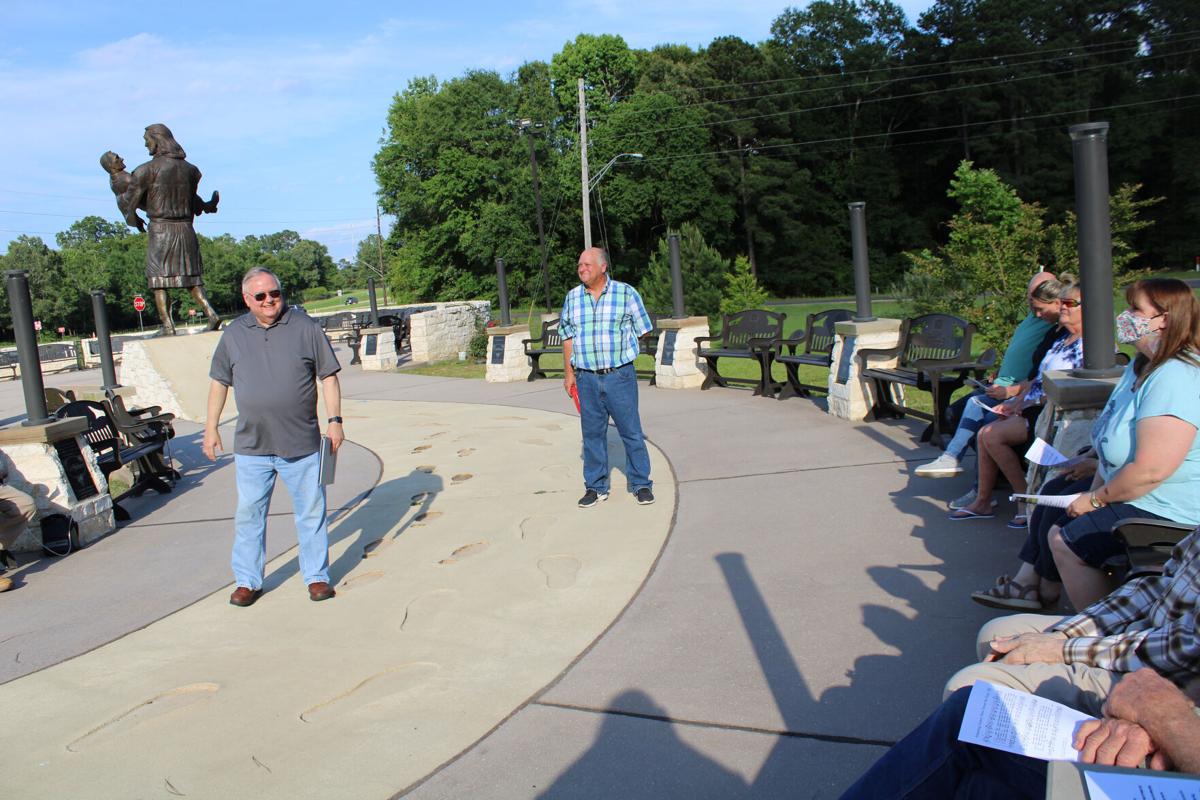 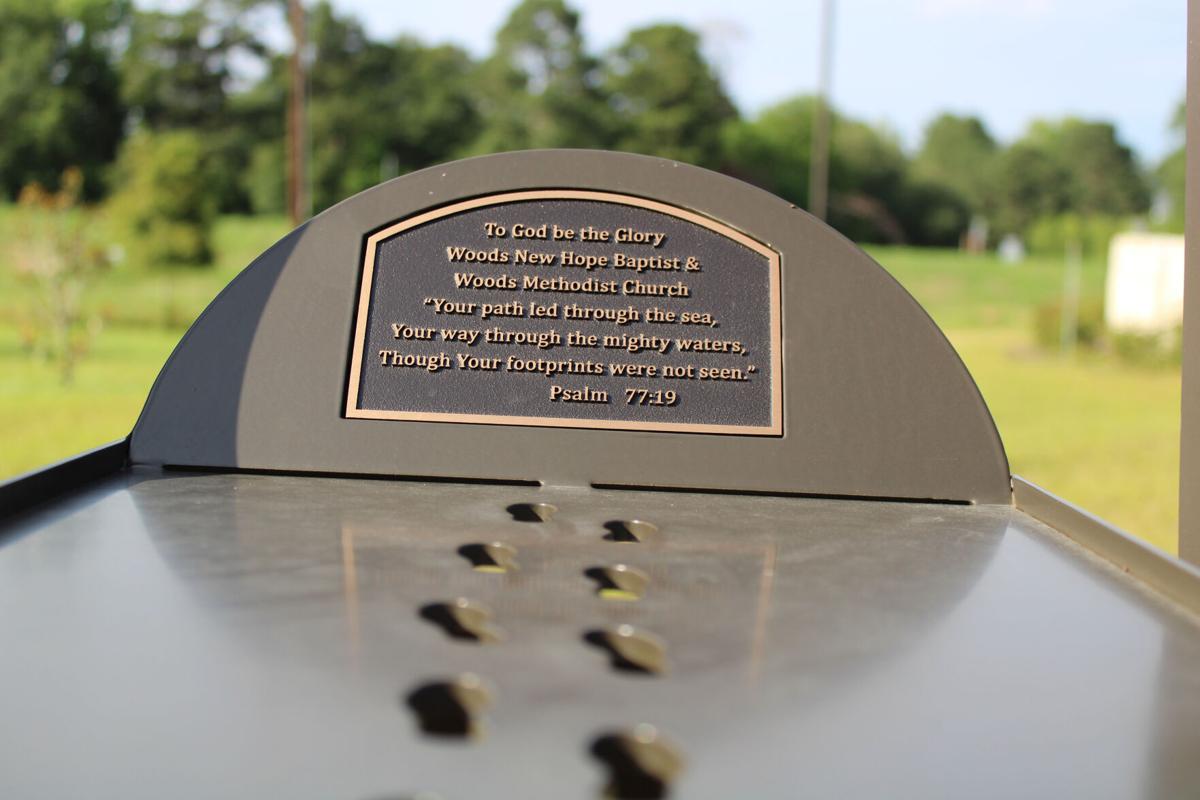 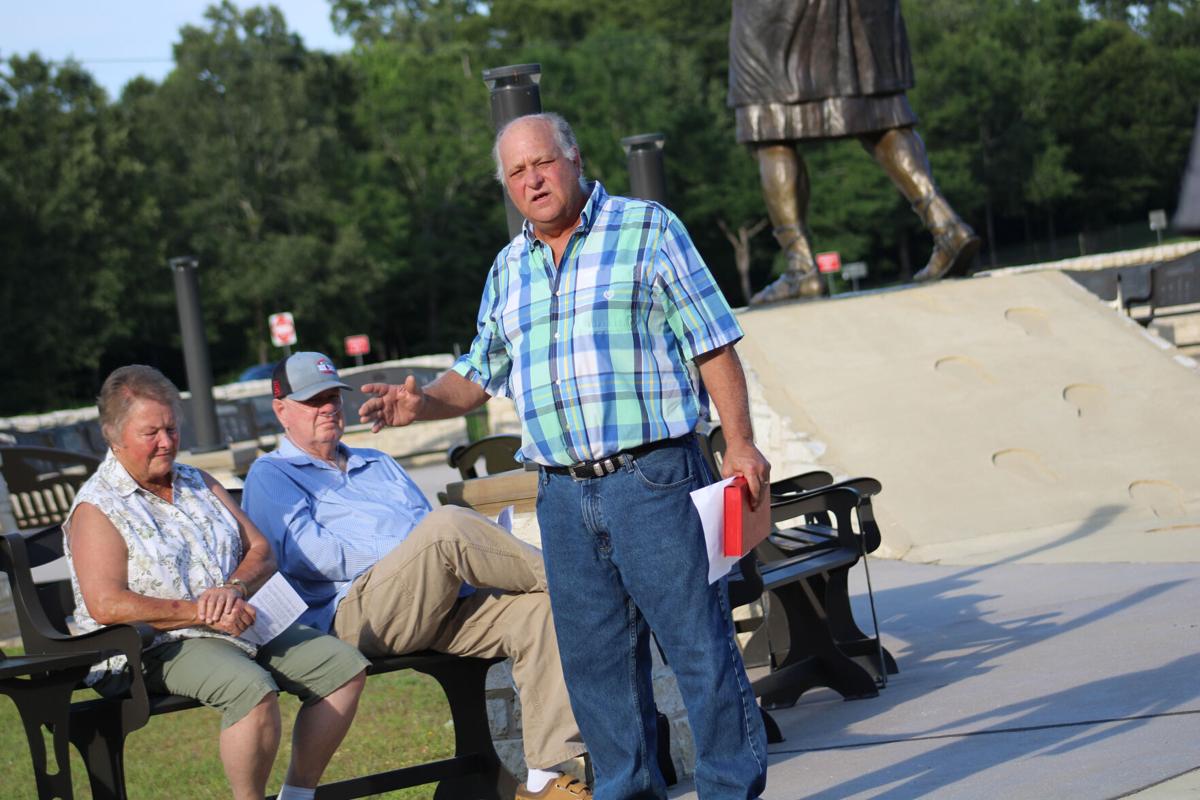 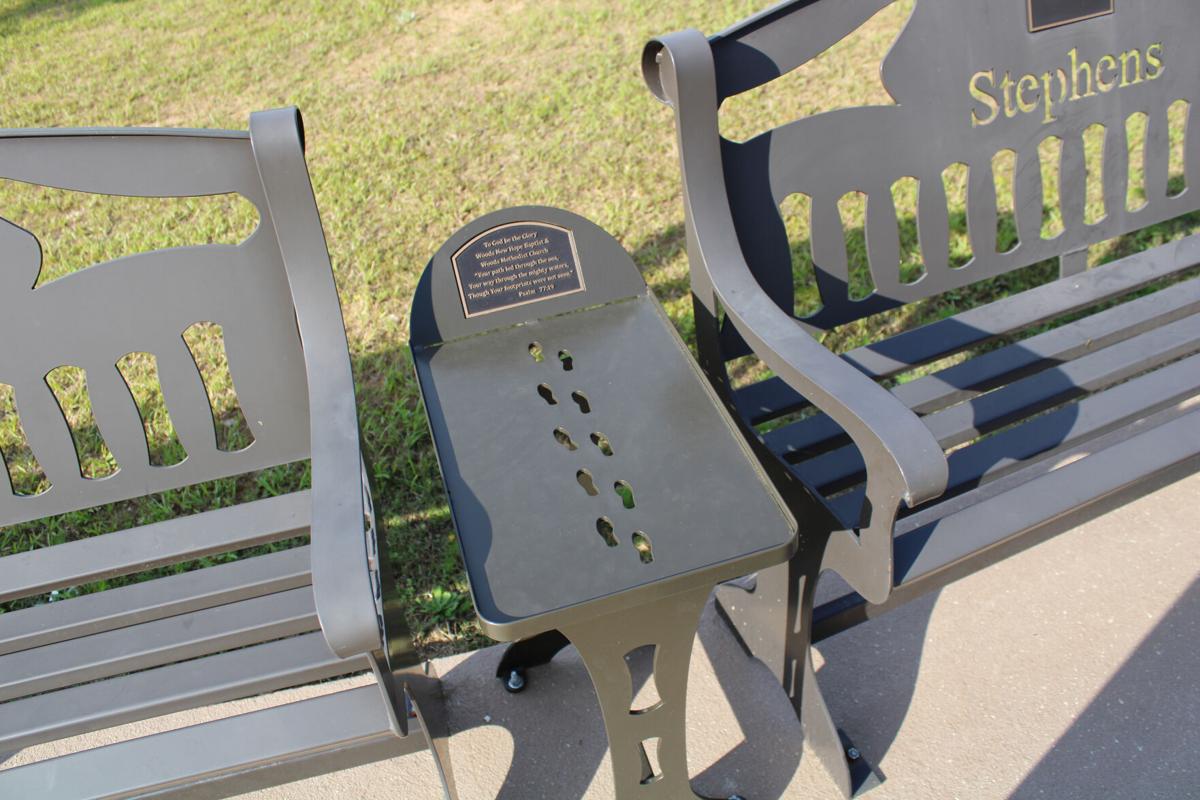 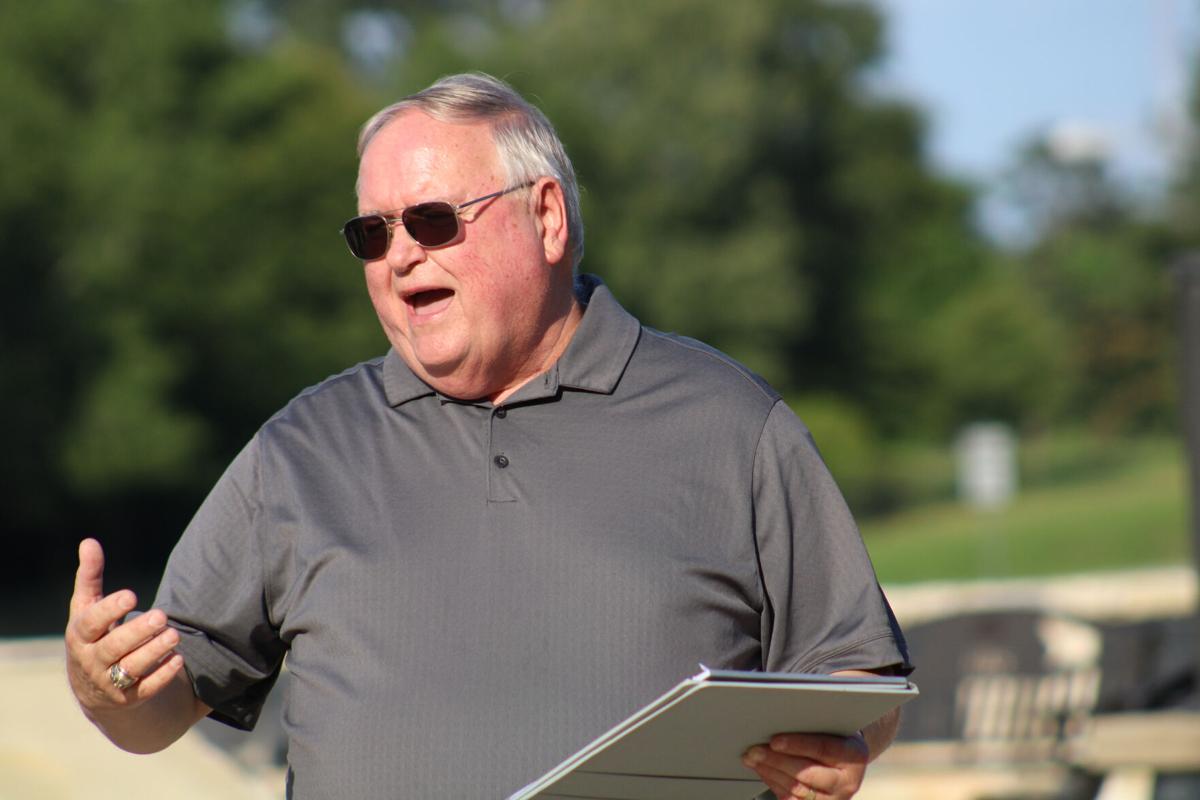 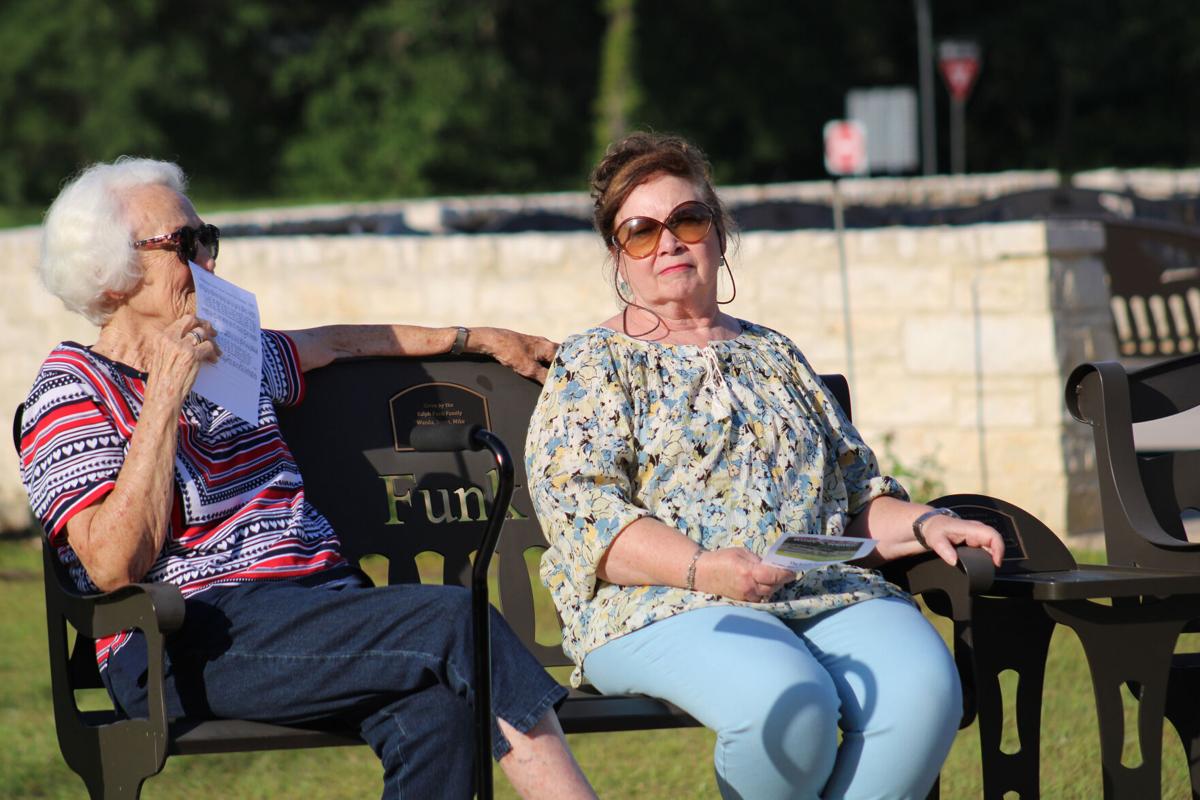 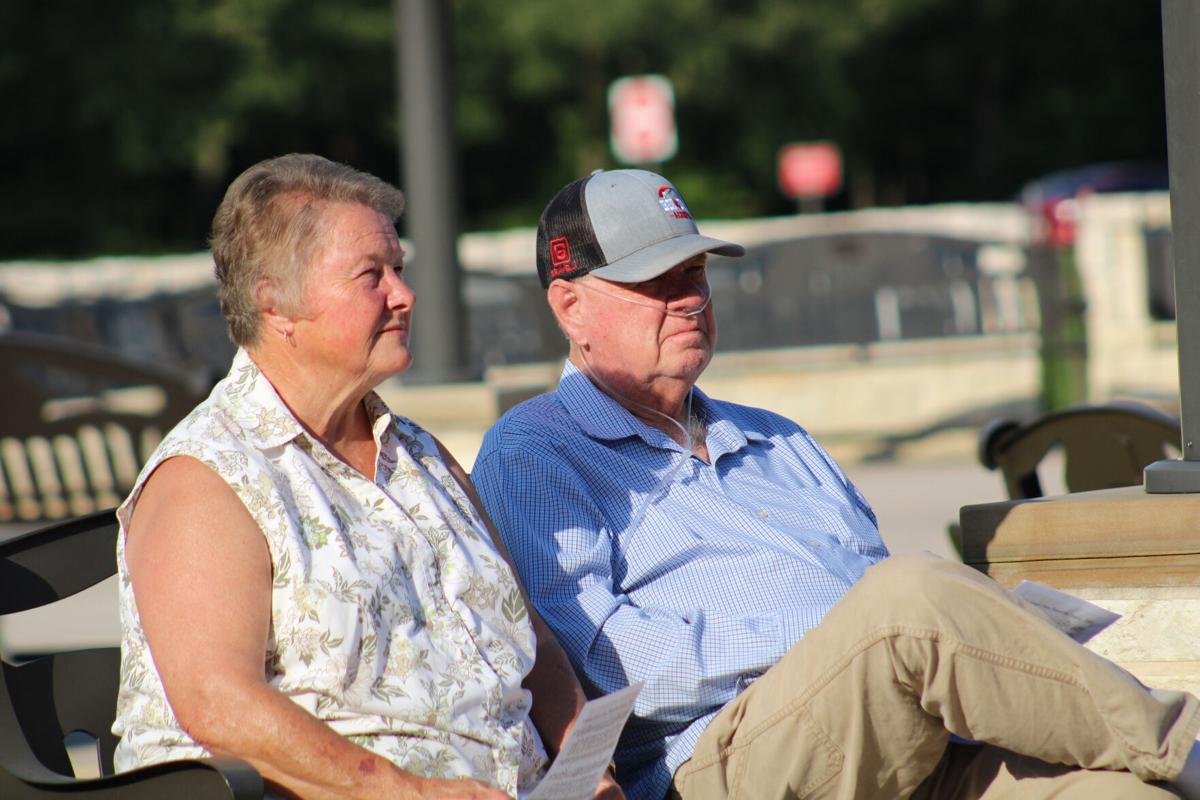 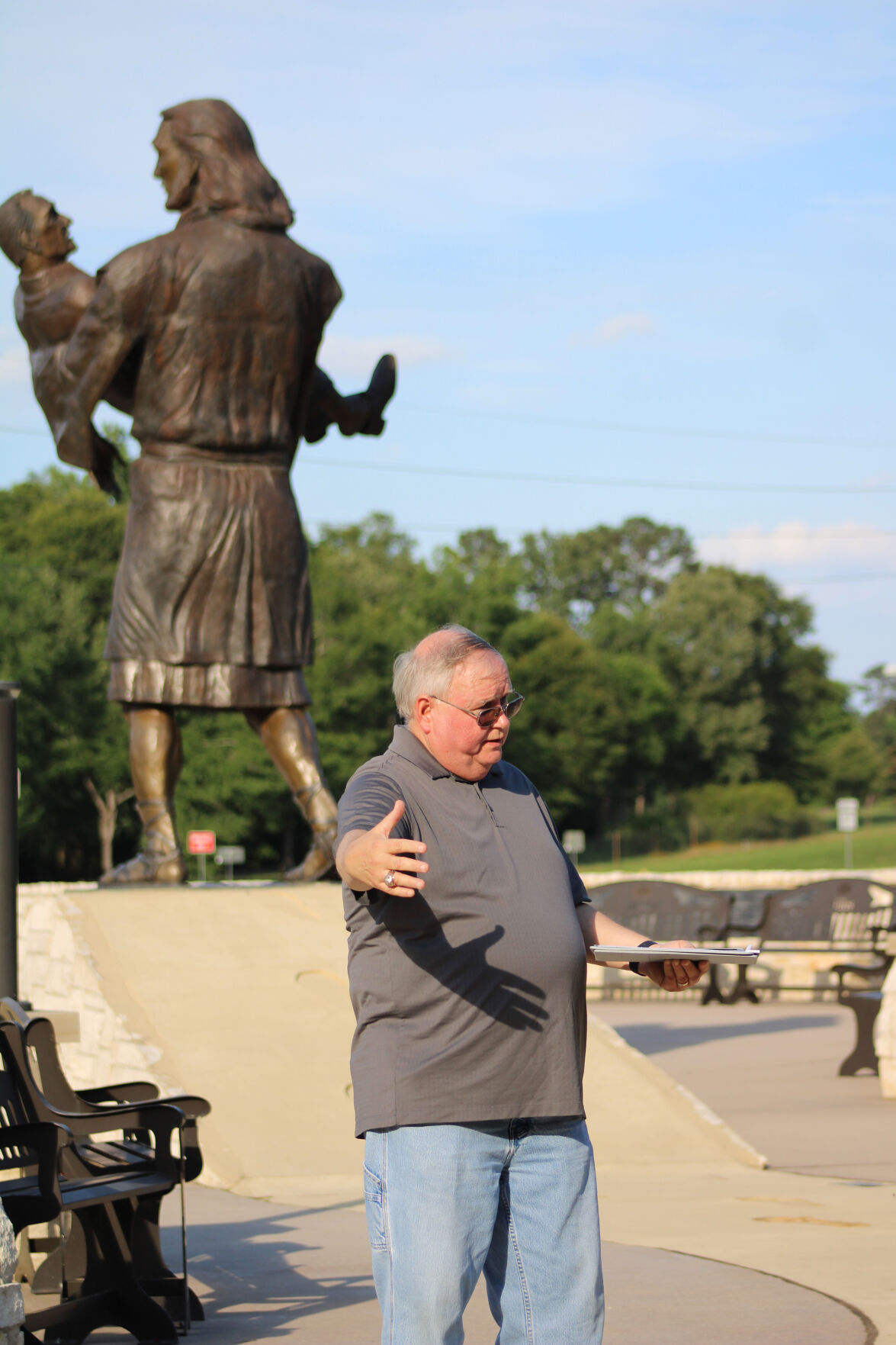 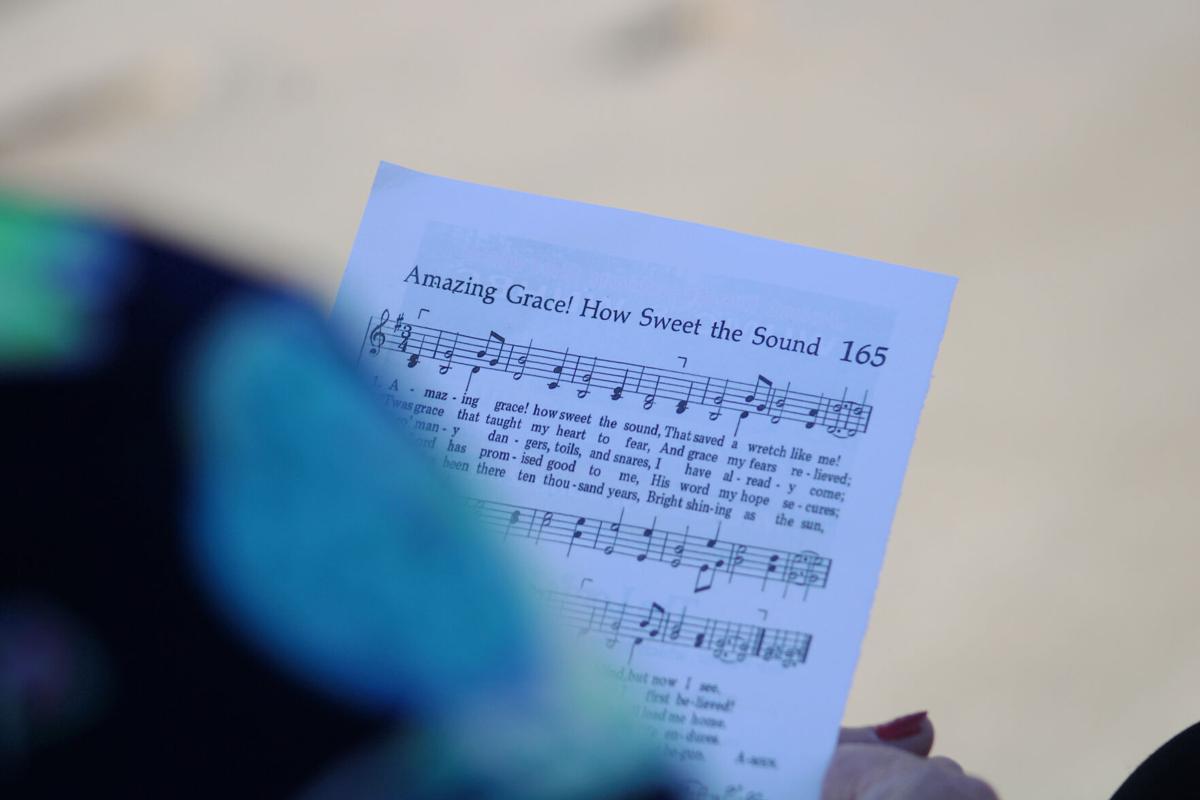 The Methodists and the Baptists have always worshipped in the Woods Community — and they did so together for much of their history.

Church members continued that tradition last week, as they gathered to dedicate a new memorial table at the Footprints in the Sand Monument in Carthage on Wednesday. The table sits between benches donated by members of each church, acting as a bridge between the two.

“We’re here to dedicate not just this table, but... this whole place,” First United Methodist Church Pastor Mike Lauxman said. “Because it’s such a good community place. It’s such a witness to this place that we live.”

Woods New Hope Baptist Church Rodney Puryear prayed that the table “would be a representation or symbol of our love for you and as other people come and look at it and read... they too would be lifted up because of the love that you have for us.”

The Woods community was first formed around 1853 or 1854, named after their Postmaster. Puryear noted as both a group of Methodists and a group of Baptists settled in the area, they needed a place to meet.

“Now back in those days, there was traveling preachers,” he said. “They would come for the Sunday worship time and then leave and move onto someplace else. Also, it was alternating Sundays. So like on one Sunday, it might be a Methodist and the next Sunday it might be a Baptist.”

Families called themselves “Metbat,” since they went to church every Sunday no matter which preacher was speaking.

A log cabin was first erected, to be replaced in 1876-77 with the building currently used by the Woods United Methodist Church — with white families sitting in one section and Black families in another during services.

“I know some of y’all complain about the seats that we have in church now, those pews. Back then, it was a split log pew,” Puryear said about the original log building. “No back on it, just a log that was split in half and if you were lucky they sanded it down a little bit for you to sit on. That’s what they had for church.”

That symbol of unity continues to this day and extended to the table dedication last week, Puryear said.

“Here’s the thing: From the very beginning, the Methodists and the Baptists were together,” he said. “Through the years, they continue that fellowship and that worship time and that spreading of the Gospel of Jesus Christ together in our community. Even today, we still meet like right now to share the Gospel of Jesus and to let people know that in the Woods community, we worship our Lord and Savior. And that’s a great thing. For hundreds of years, we have gathered and worshipped together.”