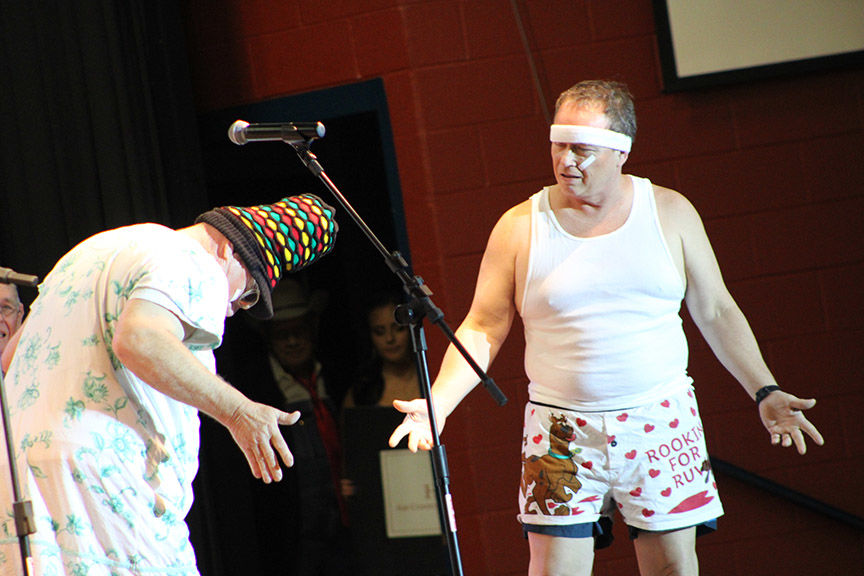 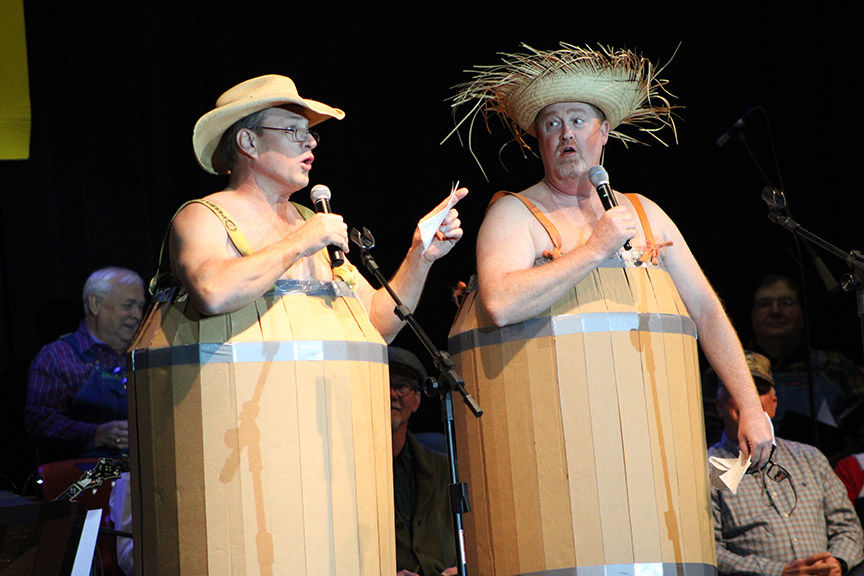 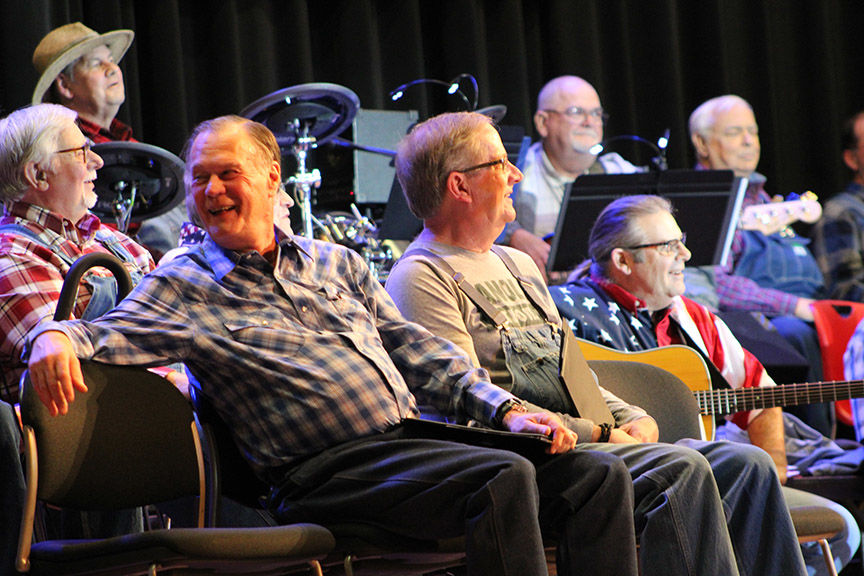 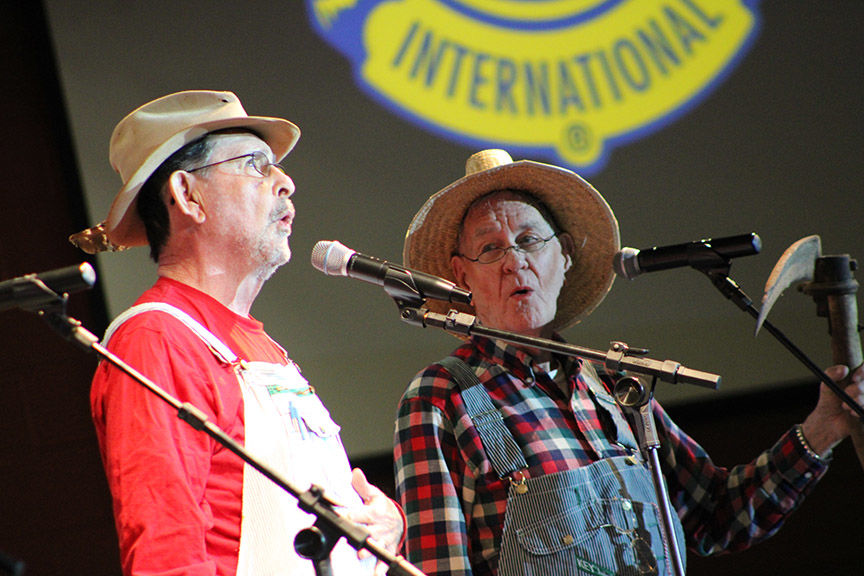 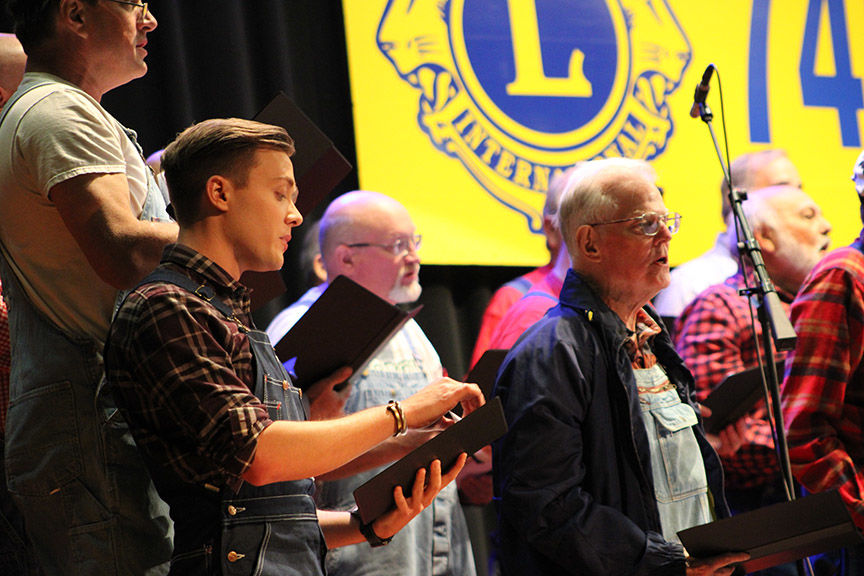 There were jokes about prominent Carthage citizens and officials at the annual Lions’ Club variety show, but it was all in good fun.

In fact, some of the officials themselves were busy making the quips or performing self-depreciating bits to get laughs from the audience.

“I hope I get Lyme disease,” City Manager Steve Williams said, after announcing he had coronavirus (and while holding a six-pack of Corona beer). “It’ll go pretty good...”

This year’s theme was “Hee-Haw.”

“I want to thank y’all for your presence tonight — and possibly your participation,” Club President Rodney Wooten said. “You know how these shows get sometimes. What y’all do here tonight helps us support efforts like the Carthage ISD Education Foundation, the Panola College Foundation, Mission Carthage and various youth sports.”

Lions Club members decked themselves out in farmer attire. Singing and joke-telling were buffeted by “ads,” comedic skits designed around a particular sponsor. Panola Charter Schools Superintendent Bud Worley had fun in one skit for HeartsWay Hospice, as he played a car salesman trying to get to heaven.

Worley, in conversation with God, asked what the most comfortable way to get to Heaven was.

“The most comfortable way to get to heaven is with HeartsWay Hospice,” God replied.

This year’s Lions Sweetheart, who walked back and forth across the stage to announce each ad sponsor, was Baylee Whitaker. Whitaker is the daughter of Bruce and Belinda Whitaker and is a senior at Carthage High School.

The Carthage Noon Lions Club provides scholarships every year, and Wooten announced they were creating a fourth scholarship to honor the club’s two longest-serving members: Dr. Wayne Kyle, who is celebrating 58 years, and John Cain, who has been with the club 63 years.

Wooten also announced this year’s “Standing Out in the Pride” award went to Lion Bob Barker. Barker was honored for his dedication in the club. Barker has been a Lion for 27 years.

“We are very much a ‘for the kids’ organization, and I am happy that we support our community so well,” Barker wrote for the show’s program. “I think it’s also important that we are leaving a legacy and setting an example for kids who grow up in our community so that maybe they will keep our club alive long after we’re gone.”

The show rounded itself out with performances of “I Don’t Look Good Naked” — and a not-so-risque dance to “It’s Getting Hot in Here,” as performers like Assistant Police Chief Blake Smith kept taking off their clothes only to reveal more clothes underneath.

The show also included personal stories, like Williams explaining to Emcee Jerry Hanszen that his wife wanted a bidet for their house.

“I said ‘Why do you want a bidet? We got the sink right there; it’s not but a little hop up there,’” Williams joked. “Rhonda’s reaction wasn’t that good.”