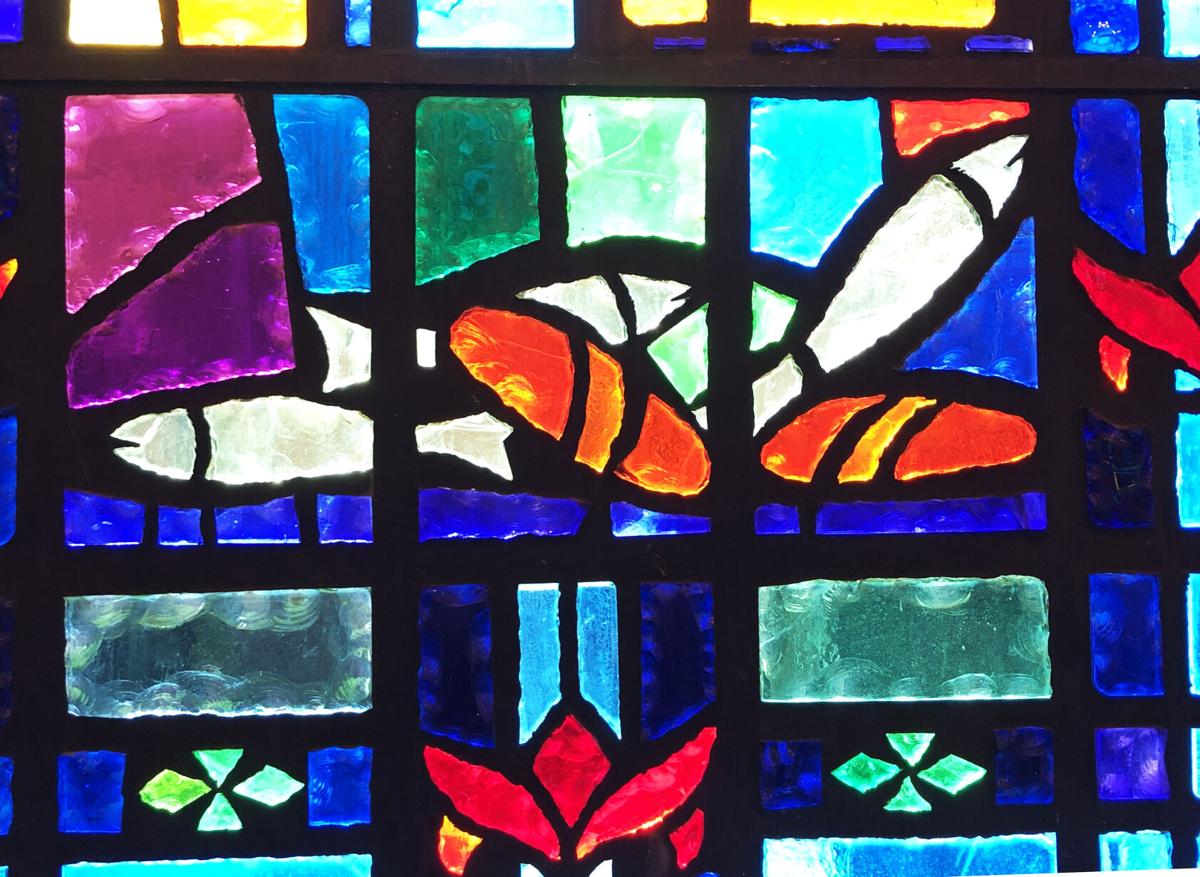 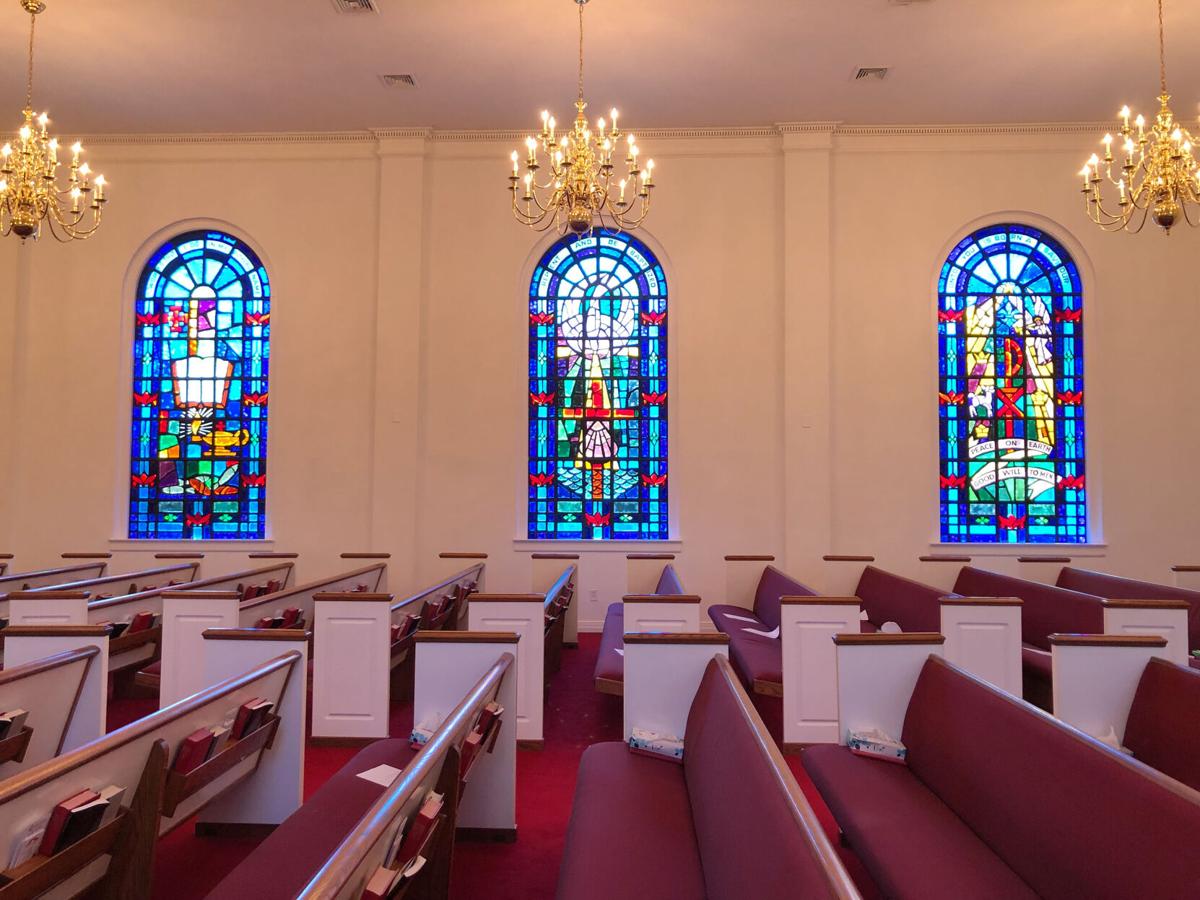 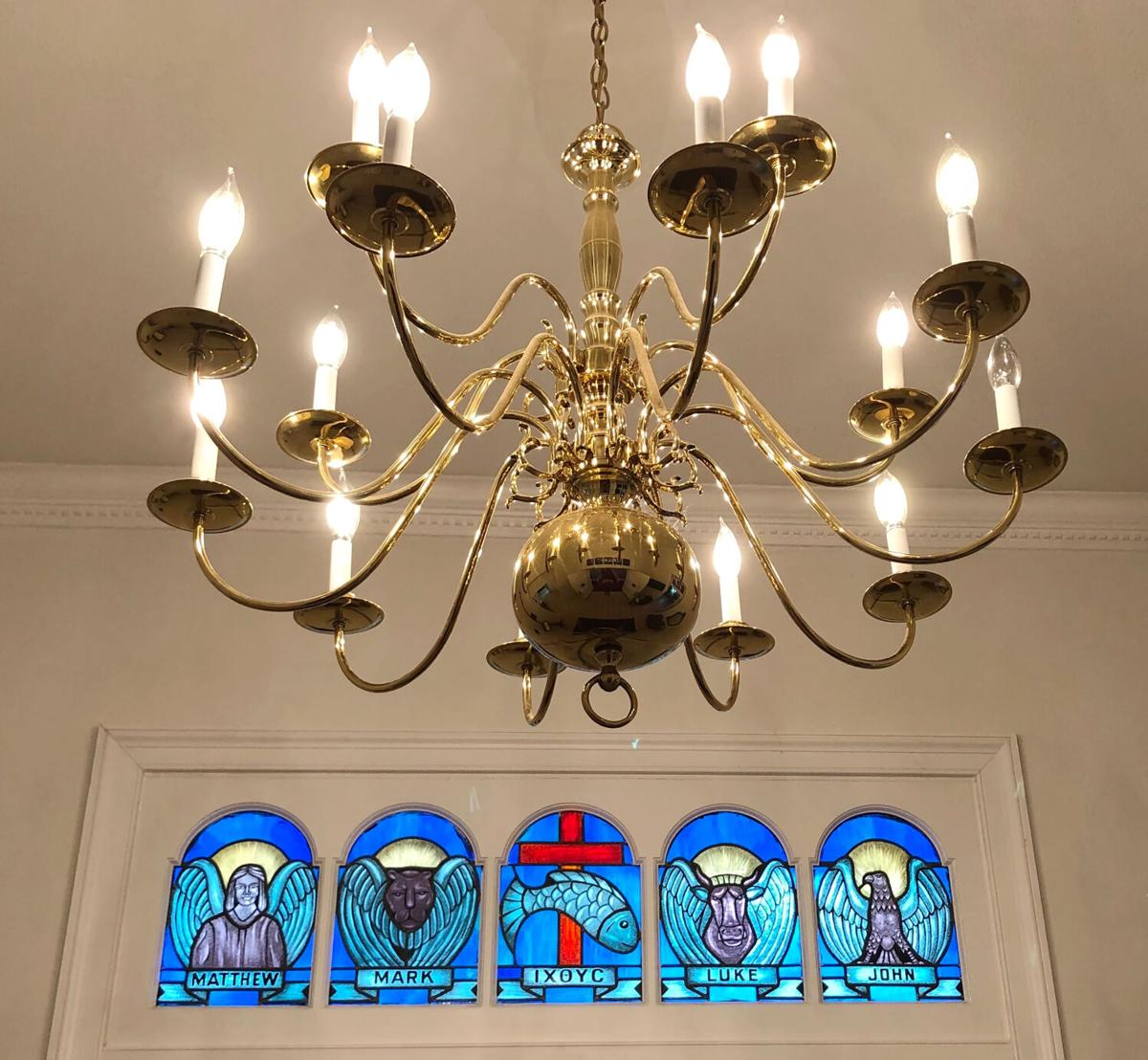 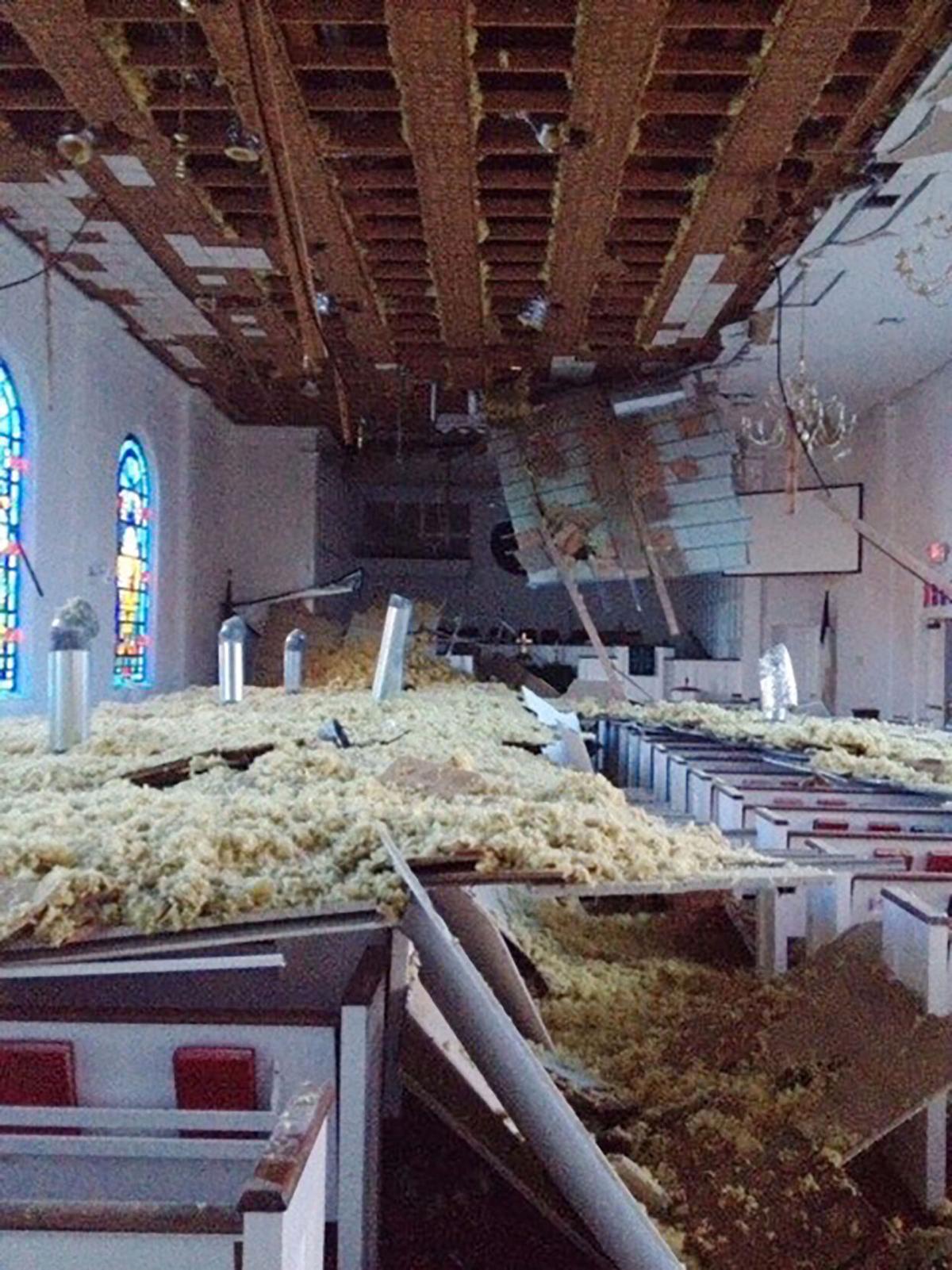 Above and right: Stained glass windows are pictured in the FUMC Carthage sanctuary, including six large windows in the main chapel, as well as smaller windows scattered throughout. Middle Left: This photo from 2013 shows destruction after First United Methodist Church’s roof collapsed in the sanctuary. Bottom Left: A close-up of the stained glass shows how it was cut and shaped during creation. 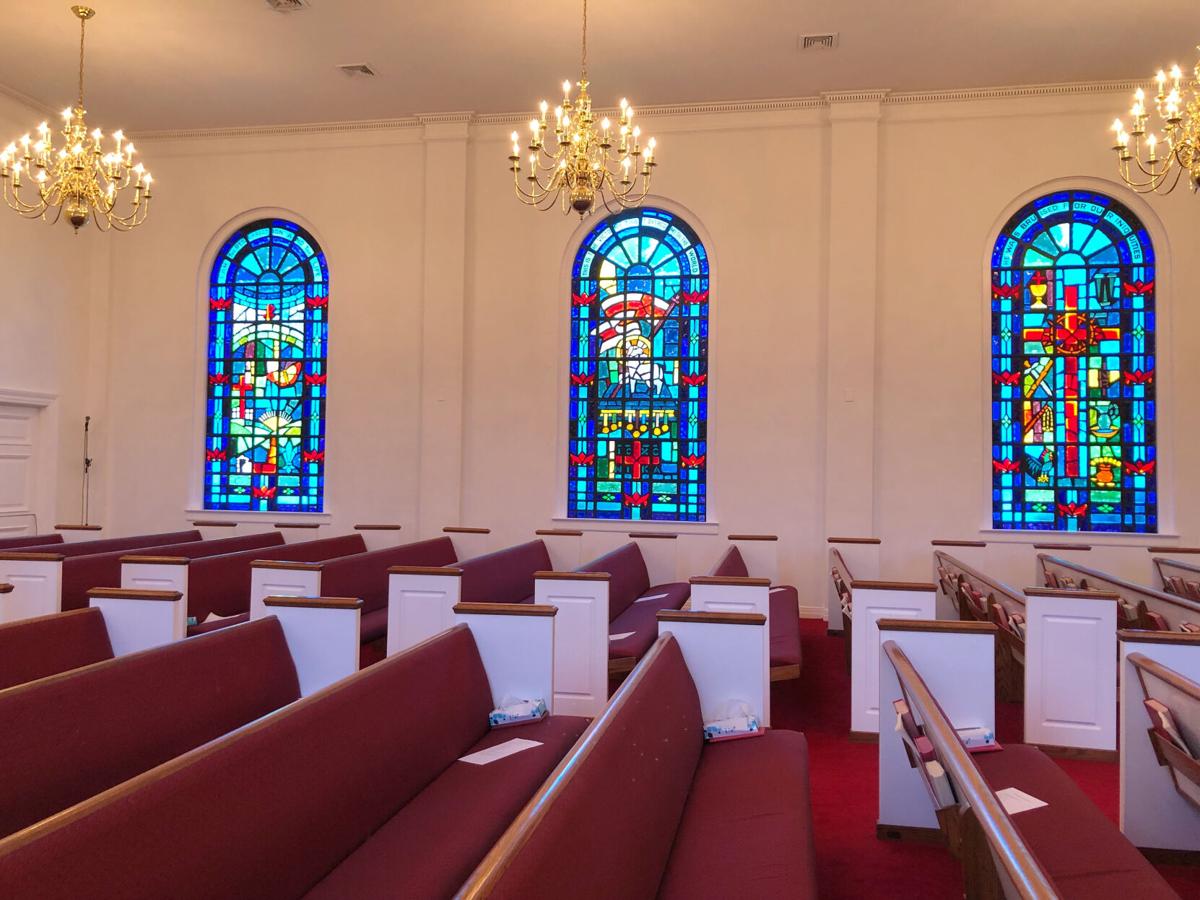 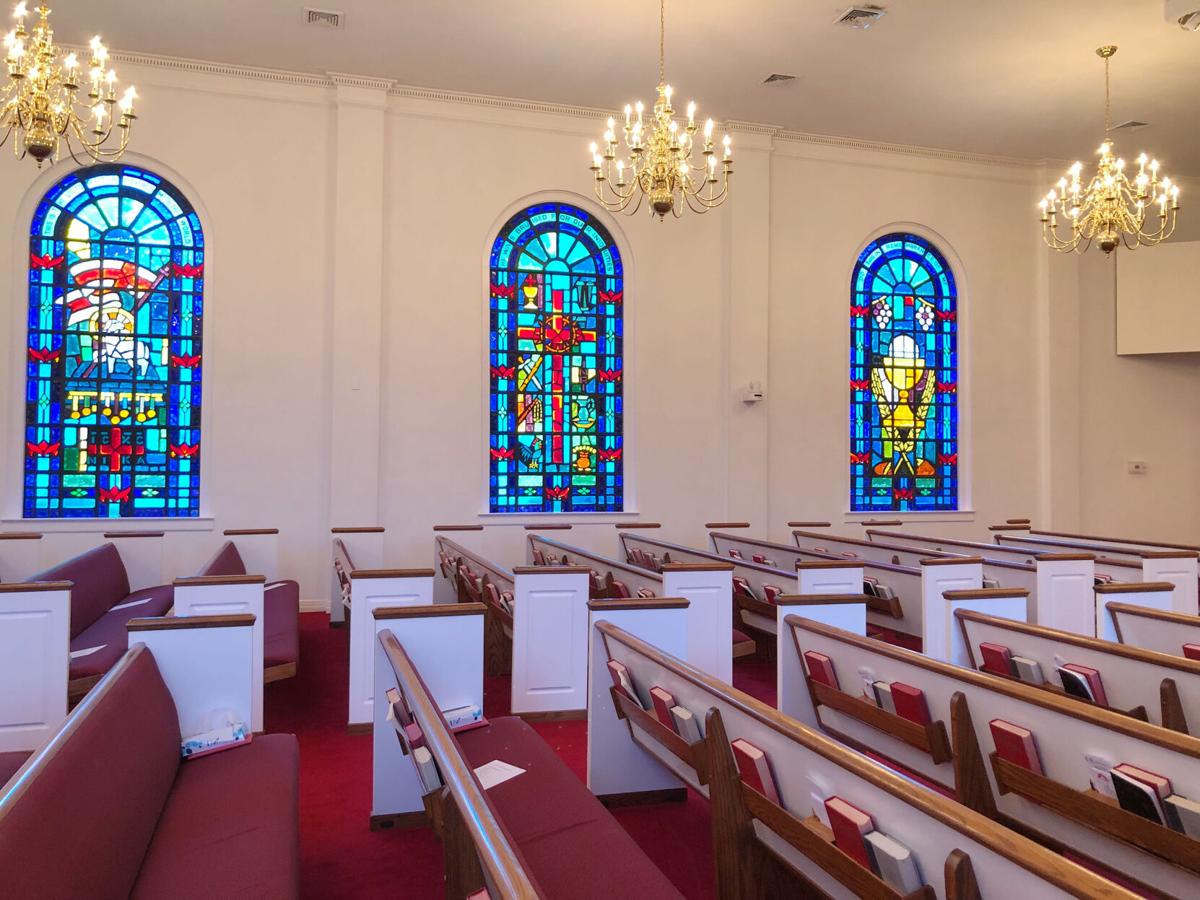 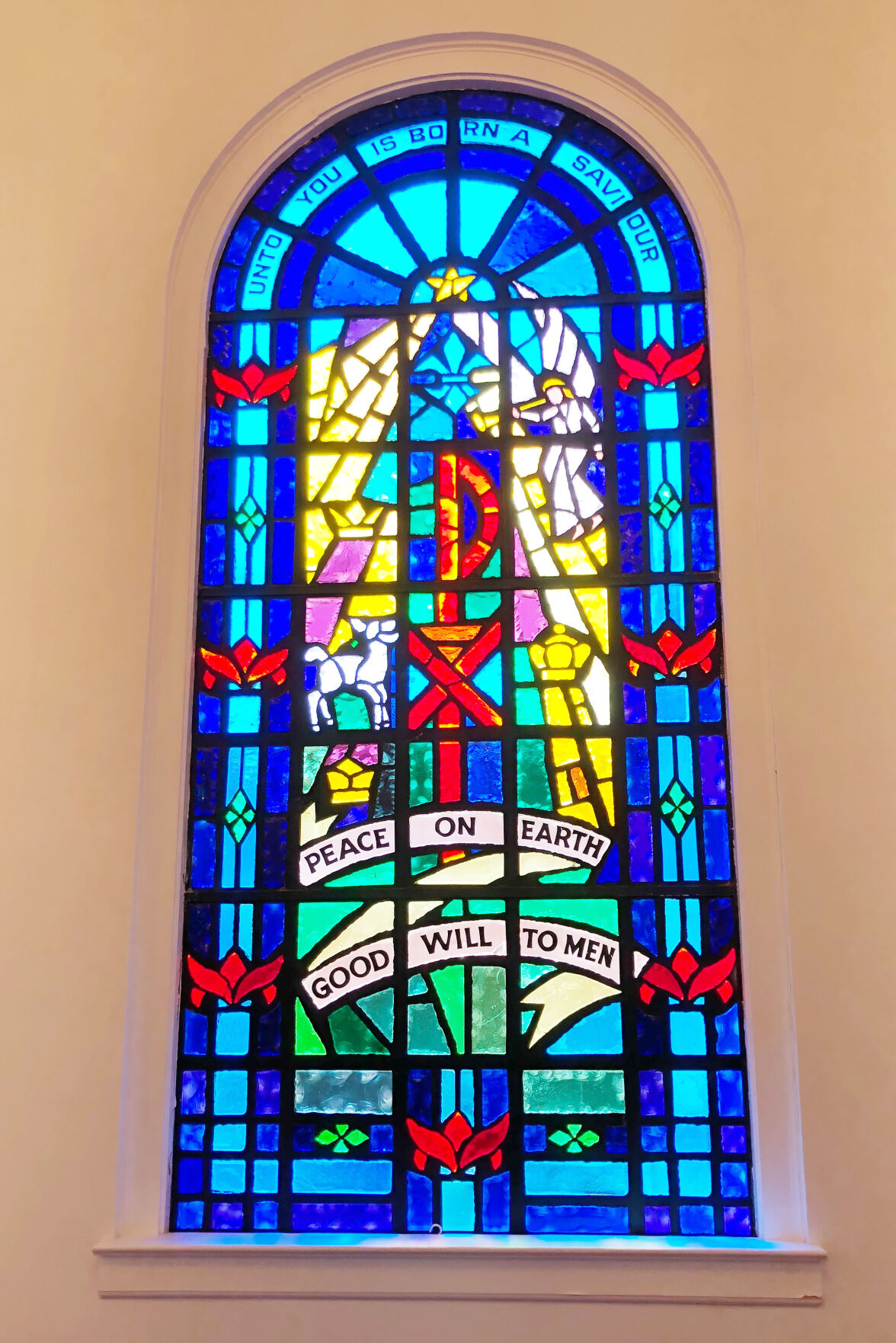 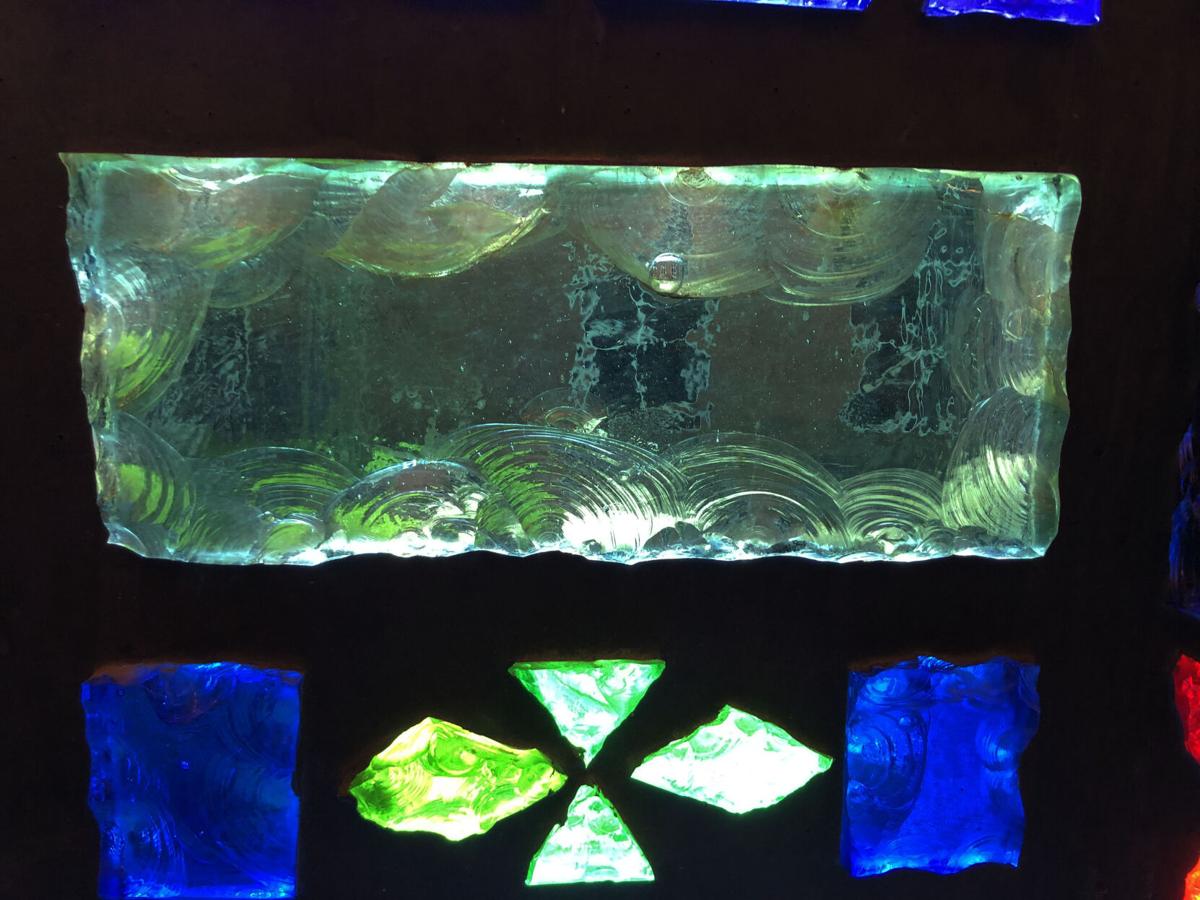 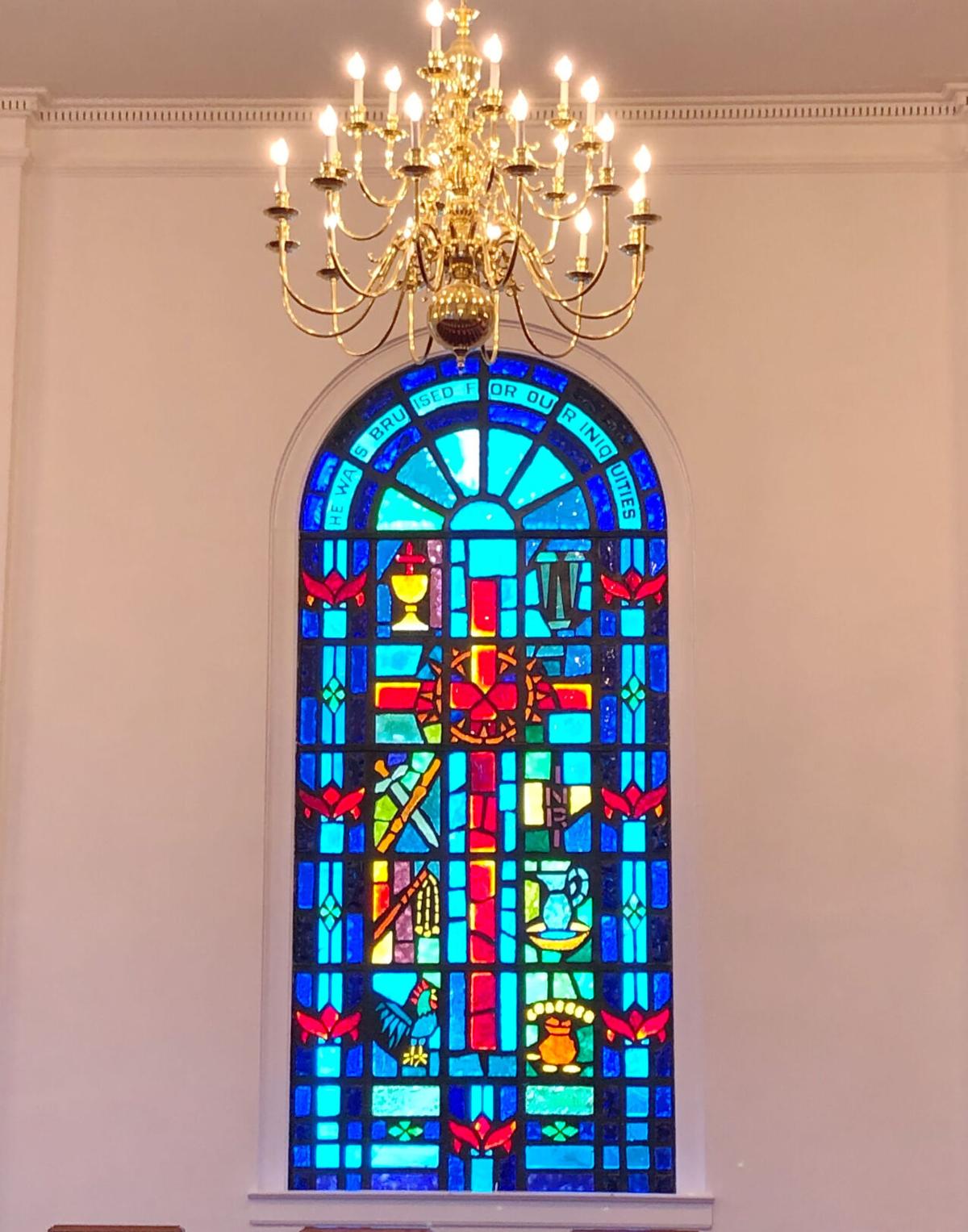 Above and right: Stained glass windows are pictured in the FUMC Carthage sanctuary, including six large windows in the main chapel, as well as smaller windows scattered throughout. Middle Left: This photo from 2013 shows destruction after First United Methodist Church’s roof collapsed in the sanctuary. Bottom Left: A close-up of the stained glass shows how it was cut and shaped during creation.

Throughout history, windows have served various purposes. They allow little children to draw smiley faces on them when the weather is cold, they announce when the sun has risen, and they are a daily reminder that there is a world waiting to be explored. However, have you ever considered windows to be storytellers?

First United Methodist Church in Carthage, whose history predates the Civil War, is filled with glorious stained glass windows that are mesmerizing to the eye. There are seven large windows along with multiple smaller windows in the church, all unique with a different religious message pertaining to each one.

“This has always been where the Methodists met, this first corner has been the Methodists’ place forever,” Music Director Dwaine Hubbard said. “This lot was given in 1855, and they started building a church. They started meeting and building a pretty rudimentary log house. Then of course the Civil War came and the building stopped, because all the guys were out fighting in the war. They came back and finished it and stayed in that building until the early 1900s. Then they built a nice, big normal white-sided church. They were in it for about 50 years, and after World War 2, they built this. This is from 1942.”

A single individual was never credited with the first thought of installing the windows into the church, however, there was a committee formed to take on such an extravagant project. The grand stained glass windows did not make their debut until 1974, in the third building, which is now the present church.

“It just had to reach a mass of people who were all talking about it, and they could bring it in front of the administrative board and say let’s form a committee,” Hubbard said. “It was September of ‘72 that they started the committee to get it done. In ‘73, they sent the drawings to Hopcroft Stained Glass in Kansas City, and in ‘74 they got them in. It took two years from forming a committee and having them installed, so that’s pretty fast to get something like that done.”

However, after renovation, when things seemed as if they couldn’t get any better, catastrophe struck in 2013. The ceilings collapsed. The windows remained untouched.

“We had a real disaster in here,” Hubbard said. “The last sheetrock ceiling they put in when we did the big restoration was really heavy sheetrock, and it just was too much. All the ceilings fell down, and you came in here and it was an absolute disaster. All the air conditioning ducts and everything had fallen down, and it was laying on the pews. It didn’t mess up a single window. There are so many things that are unbelievable about that whole thing. Had that happened on a Sunday morning, it would have been catastrophic. Nobody was hurt. It was a really strange time, but it led to a lot of growth.”

There is quite a collection of windows throughout the building, but the most obvious ones are the seven large windows surrounding the pews in the sanctuary. The seven windows are images of the Bible, Jesus’s baptism, the Christmas story, the Lord’s Supper, the Crucifixion, the Second Coming and Easter.

“I’m a real Christmassy person, so of course I love the Christmas one,” Hubbard said. “It’s really pretty.”

The installation process of the windows was quite unique, Hubbard said.

“They found this company out of Kansas City that does this kind of window,” Hubbard said. “The windows are these big chunks of glass, and each of these chunks of glass is up to a couple of inches. They use a saw to cut these pieces of glass out. You can see where they take a hammer and chip the edges off of the glass and it makes it sparkle more.”

The church hopes the windows leave people in awe for as long as possible.

“I hope the windows are here forever because I just think they’re gorgeous,” Hubbard said. “They are just so beautiful.”

The church invites readers to view the windows themselves. Sunday school begins at 9 a.m., and the service follows at 10 a.m.

“We want everybody to go to church,” Hubbard said. “Wouldn’t it be good if every church had to build a new sanctuary because we just couldn’t fit everybody? For a revival like that to implant would be really wonderful.”