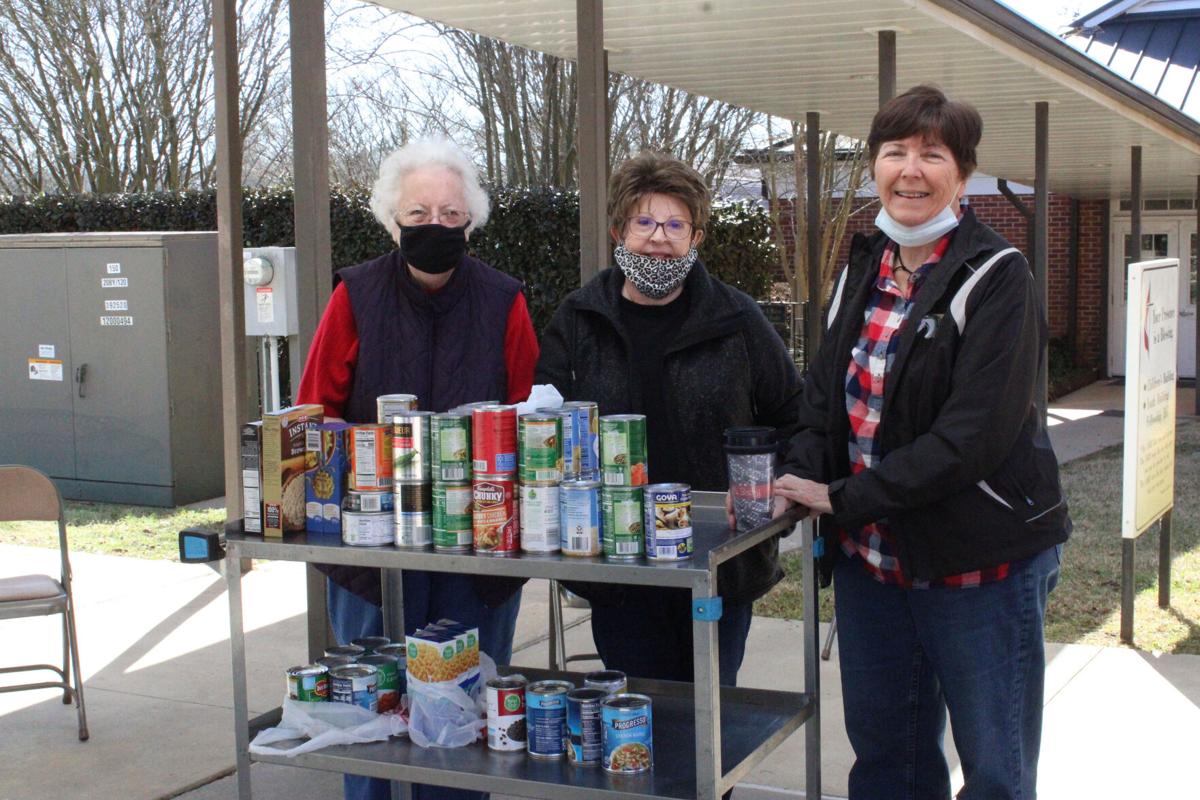 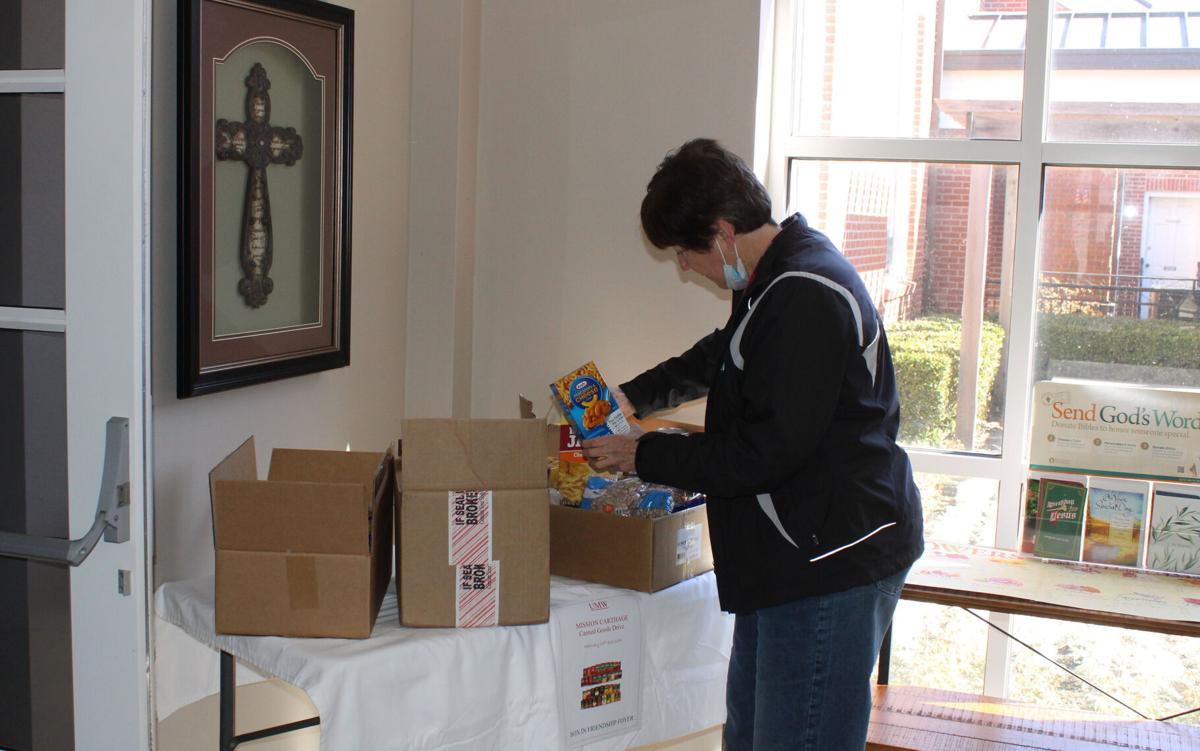 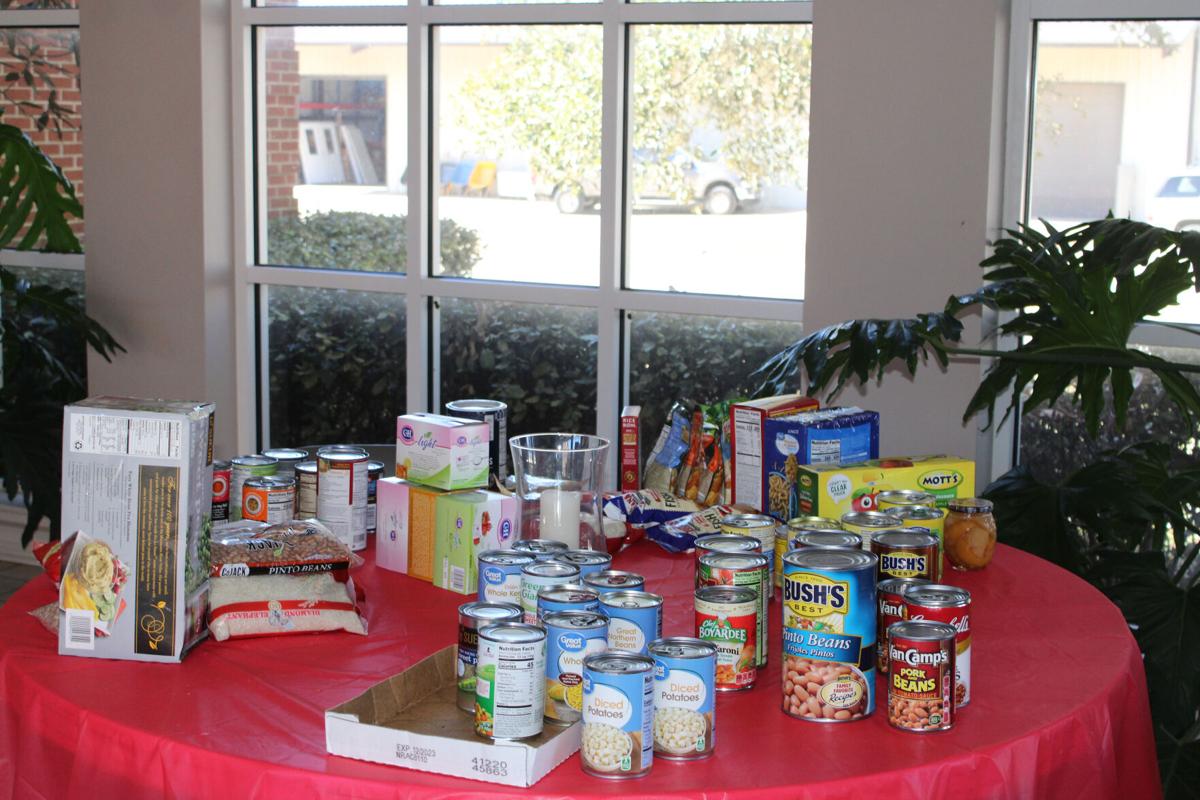 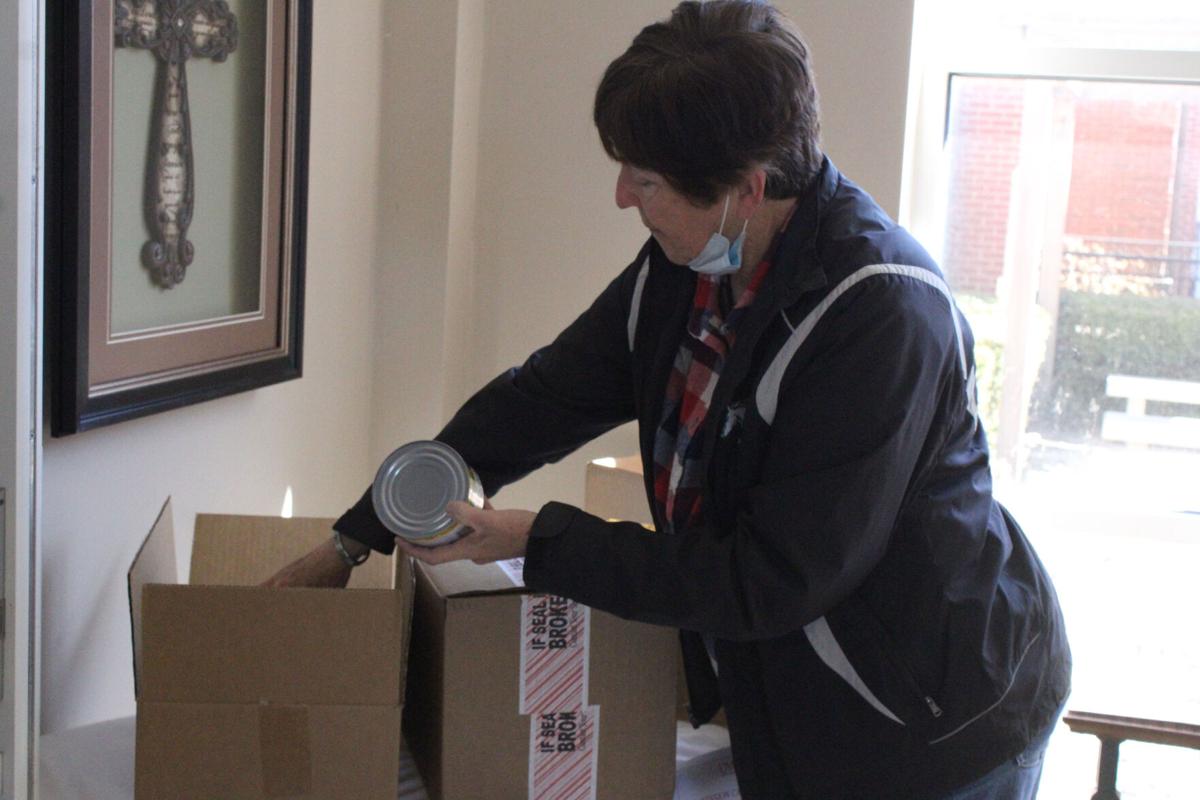 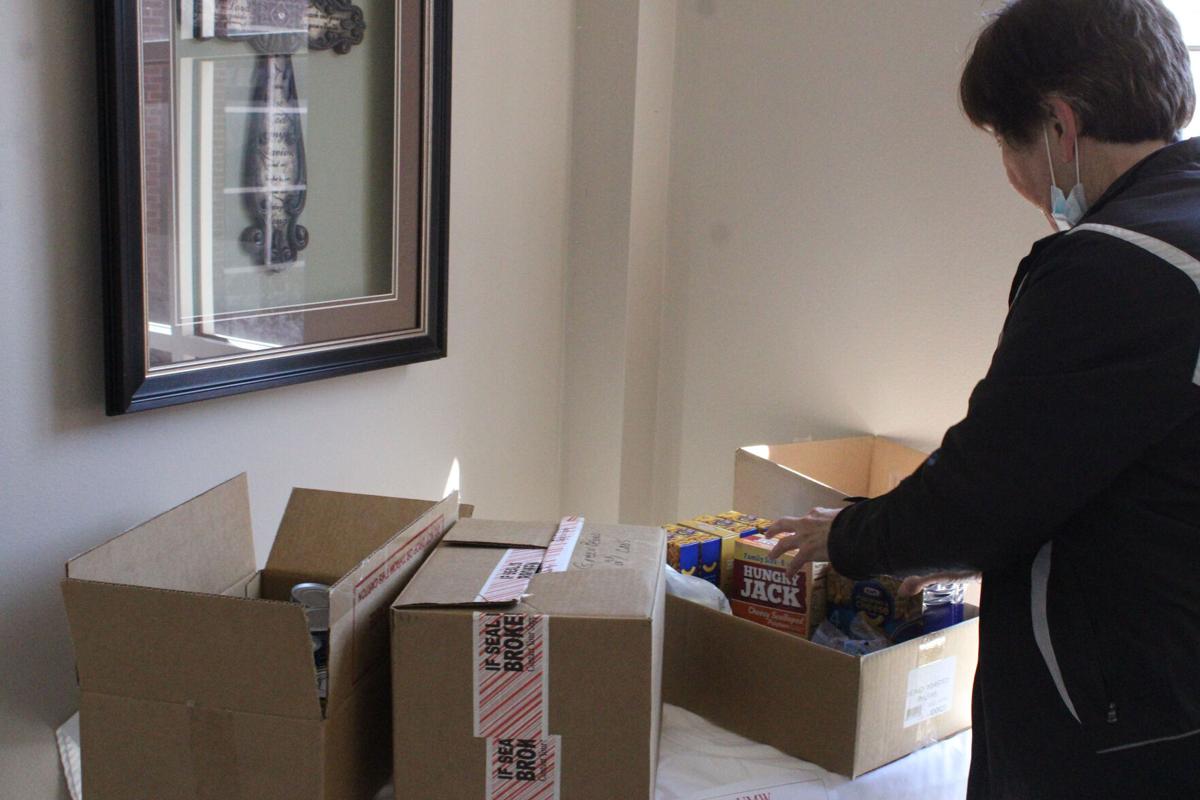 Member Barbara Cole said they chose to do this because there was a need for it and there still is.

“There would be no food on the table for some people if it were not for what Mission Carthage does, and so we try to do our part to help,” she said.

The Women’s group meets monthly in normal situations, and Becky Gullette said every month they bring something, usually to donate to Mission Carthage. Sometimes it’s toiletries, sometimes it’s diapers, shampoo and a variety of other things. They do a peanut butter and jelly drive every summer.

This month they wanted to open up their donation mission to the whole community.

“Truthfully this is the first time that we’ve just made a big deal of trying to open it to the community, because we do it as just part of our local UMW group, but we knew that even though they had this big soup drive with Mission Carthage, that was going out with the produce boxes, and their other shelves are kind of low, so we opened it this time for the community, and I think that’s good to provide another location for community members to drop off food too,” Gullette said.

The drive was supposed to have taken place a little earlier in the month, and organizers said the winter weather also hurt them.

“We’ve been hurt a little bit about the weather, because we were supposed to have done this the 14th and the 15th, and then the grocery stores are so empty right now, some people would have normally gone to the store this week,” Cole said. “So we are open for it to be brought to the church this week and we’ll still give it. In theory today is the last day, but some people are always running a day or two late, and I don’t know when the grocery stores will be full, but if they want to bring it to the church we can get it to Mission Carthage.”

Doing this mission is a good way to bring God’s love to the community.

“A big part of United Methodist Women’s spiritual growth is service,” Gullette said. “Most of us are a little bit older, so a lot of us are not gonna be the ones getting out and preparing houses and all, but we can do food drives and such as that. It’s one thing to worship on Sunday, but it’s something else to go out the rest of the week and show God’s love, and we hope to do that this way.”

If you would like to donate food to the food drive, Gullette said the easiest thing to do is to call the church at (903) 639-5227. You can bring it by and ring the bell, and somebody will let you in, she said.