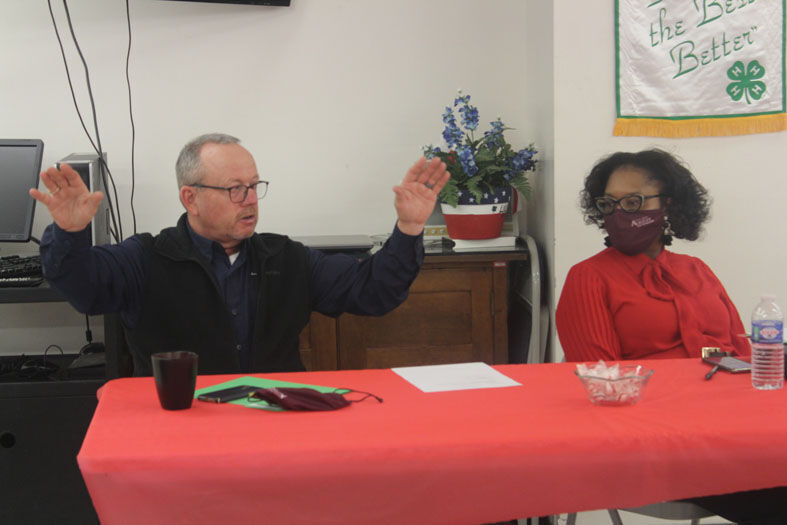 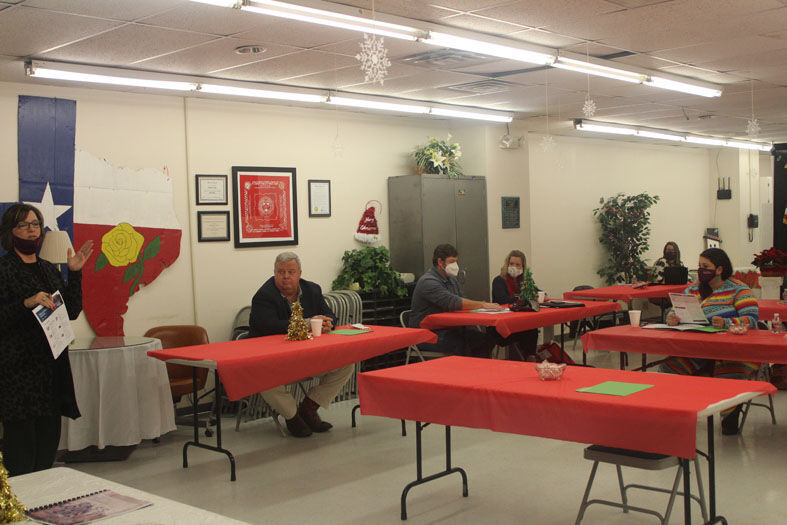 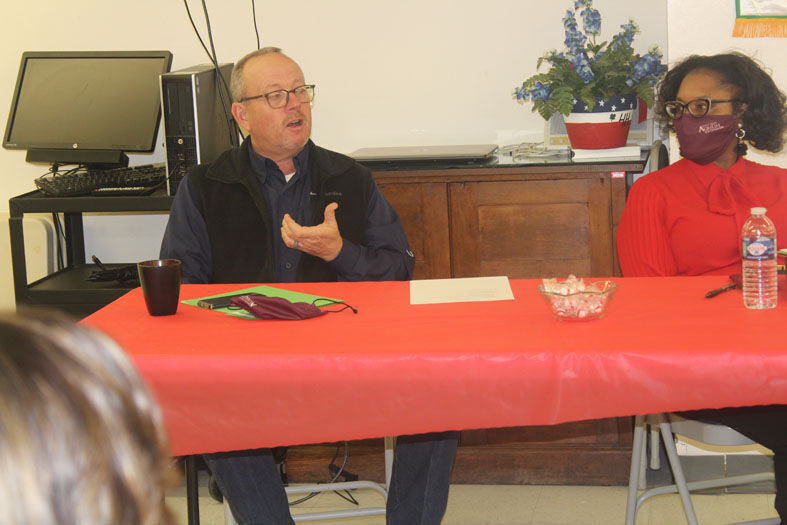 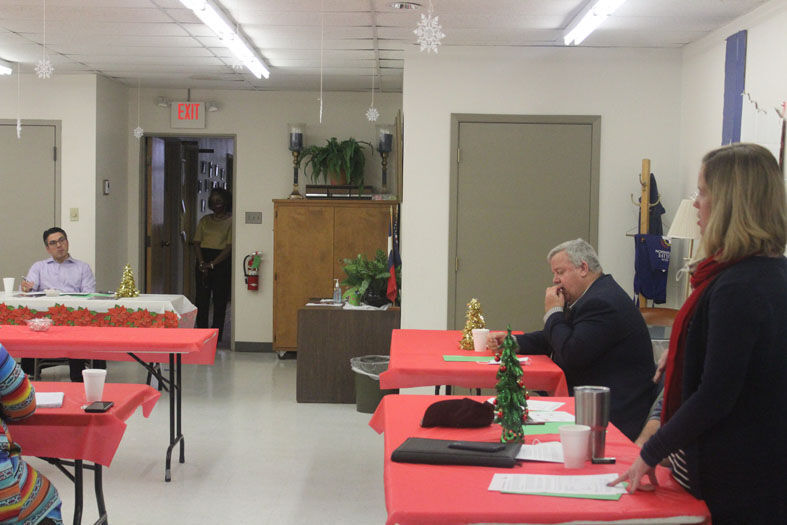 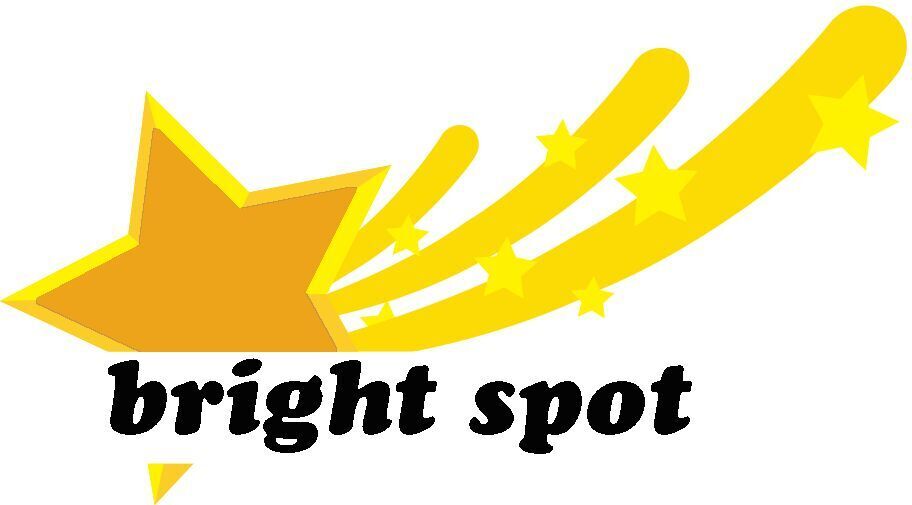 Since the COVID-19 pandemic, county extension agents have had “boots on the ground,” supplying PPE to entities and keeping government officials abreast of available grant funding.

“Our county agents, they’re the boots on the ground. They know our school board members; they know the mayor; they know the community,” said Shelia Harris, district extension administrator for District 5 of the Texas A&M Agrilife Extension Service, which covers 22 counties, including Harrison, Marion, Panola and Gregg. “So they look to our agents for information.

“Our agents have delivered PPE; they have done contact tracing; they have helped provide information for the CARES (Coronavirus Aid, Relief, and Economic Security) Act, money for municipalities and cities,” she said. “They’ve just been involved in a number of ways since COVID hit and keeping and meeting the needs of the clientele each week.”

According to the Agrilife Extension, contact tracing helps prevent further virus transmission by quickly identifying and informing people who may be infected and contagious so they can take steps not to infect others.

“Because the legislative session will start in January (for a new) legislative session, and we, the Texas Agrilife Extension, are funded by the Legislature, we are meeting with each of our representatives in this area, letting them know what our agents have been involved in since COVID hit,” explained Harris. “(It) tells about all the response agents have been involved in, in meeting the needs of the people in all of our counties.”

The agents shared how they had to do things a little differently this year, moving activities virtually.

“They did not recoup all of their money, but it didn’t sting near as bad as those kids that went to Houston and didn’t get to recoup anything at all,” he said, referring to how the pandemic resulted in evacuation at the Houston Livestock Show and Rodeo, during the beginning of the shutdown, in March.

Additionally, the extension agents were able to conduct several online programs during the pandemic and reach a broader audience by utilizing social media platforms such as Facebook live.

“We’ve done several soil health programs. We’re going to continue to do virtual and online training for our master gardeners and some other programs as well,” said Garrett.

In addition to contact tracing and providing PPE to the elections office and daycares, Harrison County Family and Consumer Sciences Agent Louraiseal McDonald noted that all agents sent updated CARES Act information to all elected officials in their respective counties.

Garrett said they also informed beef producers on what federal funding was available to them, as well.

“There were two opportunities for beef producers to apply for federal funding through the USDA Office through the CARES Act. We tried to help promote that, get people through the process,” he said.

“It was very intense, but we did it,” said McDonald.

McDonald shared how agents struggled a bit transitioning their programming from face-to-face interaction to online programs such as Zoom, but they overcame that, as well.

“It was a new thing for us, but the first online program was ‘Growing and Nourishing Healthy Communities’, and we received a lot of feedback from families, because even though families couldn’t really go anywhere, they could do something together as a family unit,” she said. “That was one of our most successful programs. Matt was one of our speakers. We had a master wellness volunteer, a master beekeeper, a master gardener. That was the multi-county program between Shelby County and Rusk County. That was awesome.”

McDonald noted that the “Do Well Be Well with Diabetes” program drew participants from as far as Tennessee.

“So even though we all had to adjust, it’s some pros and cons,” she said. “Just think, I would’ve never had two people from Tennessee to participate in our online diabetes class.”

Feleshia Thompson, the family and community health agent in Shelby County, noted that her diabetes program was also successful, boasting some great speakers.

“Even though we couldn’t do it face-to-face and had to switch to virtual, we still had some good speakers and gave the people some really good information,” she said.

Panola County agents said they also had some nontraditional-based program impacts, turning to webinars and utilizing Zoom for meetings and programs including this year’s September wildlife information meeting co-sponsored by the Soil and Water Conservation District.

“Panola and Harrison County we always do, usually in September, a wildlife information meeting. This year was Panola’s turn to host that,” said Panola extension agent Lee Dudley. “Our board down there did not want to meet face to face; they just wanted to make it a virtual deal, so that’s what we did. Me and Matt along with the committee members kind of tweaked it and made it a lunch time learning deal and offered it across the entire state where we focused on feral hog management, white tail deer and then also brought in a specialist from out in West Texas, talking about agri-tourism and getting into that on the agricultural side. It was a really good turnout for that.”

Dudley said people from Far West Texas and also the Houston area drew interest in a poultry informational the agency conducted through Zoom.

“That was a statewide deal, because earlier in the pandemic we were getting lots of phone calls on poultry,” said Dudley. “There were a lot of people that were looking at not only raising backyard gardens, but also wanted to start raising their own eggs and their own chickens. So I got with the poultry science farm at A&M and we set up a one-on-one program that was a four-day event that we averaged 212 attendees in the Zoom rooms for each of the four days.”

Marion County agent Doug Weir noted he helped with the National Guard’s deliveries of PPE and even picked up a shipment from San Antonio. He also helped with the online beekeepers program.

Cass County ag extension agent Jessie Rymel shared she didn’t realize the severity of the virus in the beginning — until her ag participants showed up to the Houston rodeo only to have to evacuate.

“Then I realized that things were going to be different for the rest of the year,” she said. “And in spite of us having to transition from our comfort zones, there’s been some really awesome things and evolution that have come from this.

“Of course, we had to do (several) FEMA trainings and learn about things that are far outside of our wheelhouses, but it also helps me... in Cass County,” said Rymel. “I’ve only been there since 2018, but I got to create more connections with our municipalities and the folks that needed help of mine for CARE Act funding.

“If they needed help, you were the agency they came to,” she said. “That was powerful for us to be able to develop those and really be a resource to those people.”

Rymel said they’ve had participants from all over the country interested in their online programs, as well.

“The greatest thing to come from this, though, is our live in the field Facebook page,” she said. “We’ve contacted 71,000 people through that Facebook page with educational videos. They are broadcasted every Thursday at noon. We have done everything from showing people how to safely cook a turkey to how to tattoo goats for identification. And those quick 15 minute videos, I think, as extension we’re evolving into how we contact people, and this is just one of those ways that we’re growing.

“So even though it’s been hard in not having stock shows and all of those traditional things that we love has been awful, there has been some good come from this, and I’m really glad we got to be a part of it,’ said Rymel.

Harris noted that the Agrilife’s Disaster Assessment and Recovery (DAR) agents have also been out in the field delivering PPE to hospitals, nursing homes and providing testing kits to schools.

“In the last legislative session, our agency received money to provide our DAR agents. Those are positions across the state. When we received the money we thought they’re going to be here for a fire or hurricane or flood, but didn’t really think about a pandemic,” explained Harris. “Our individual, who is our DAR agent, started May 18. She was appointed to Tyler to the armory, so she’s been there, boots on the ground working with some of our agents as well.”

Harris applauded all agents for being able to step out of their comfort zone during the pandemic and continue to provide resources to the community.

“They had to take a step back, but our agents have done a great job in getting certified in all of the FEMA trainings, learning how to do Zoom...” she said. A lot of agents have stepped out of their comfort zone, but they’ve done a really good job.”