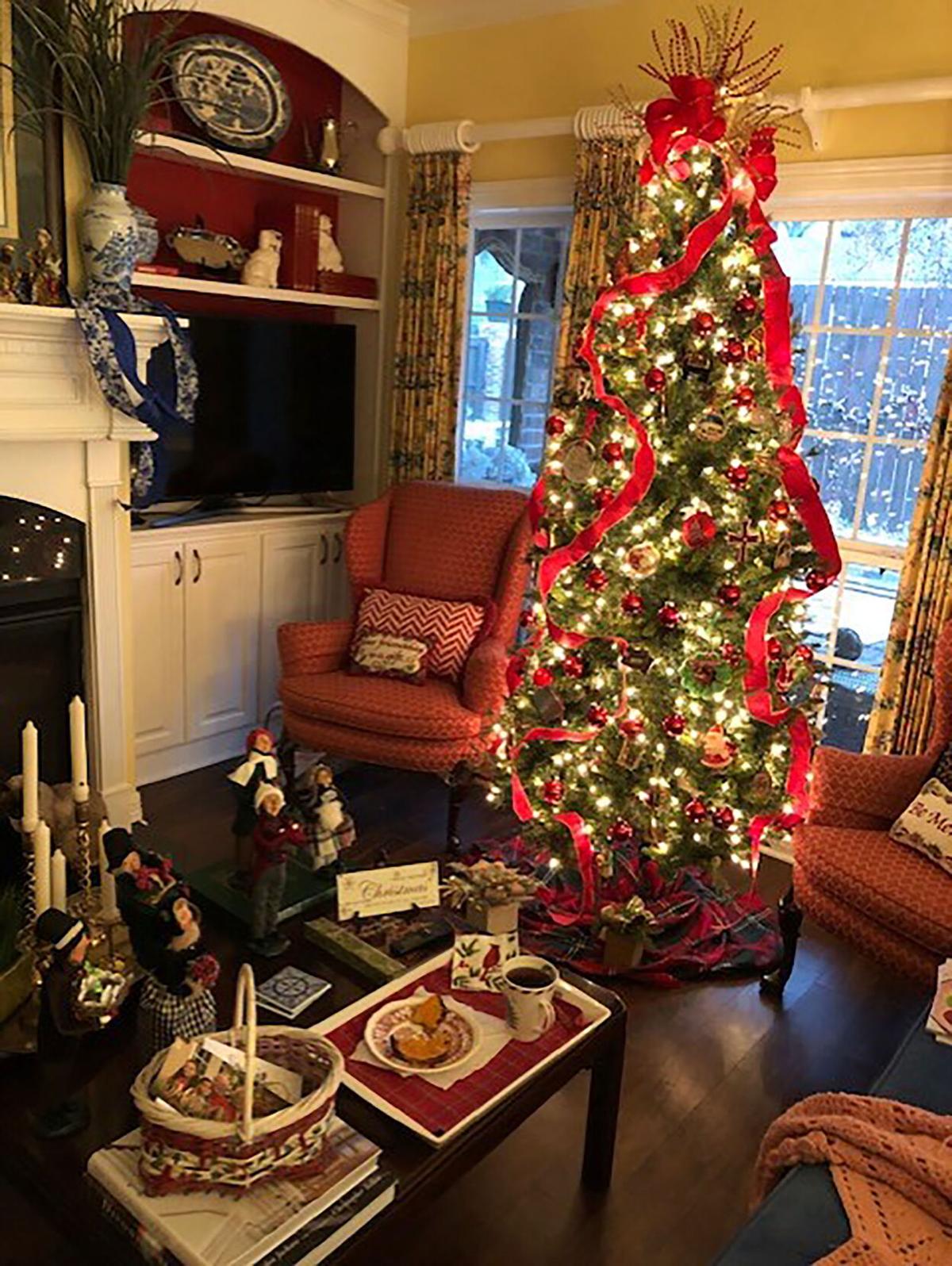 This year’s Christmas Tour of Homes includes the Rose Home. 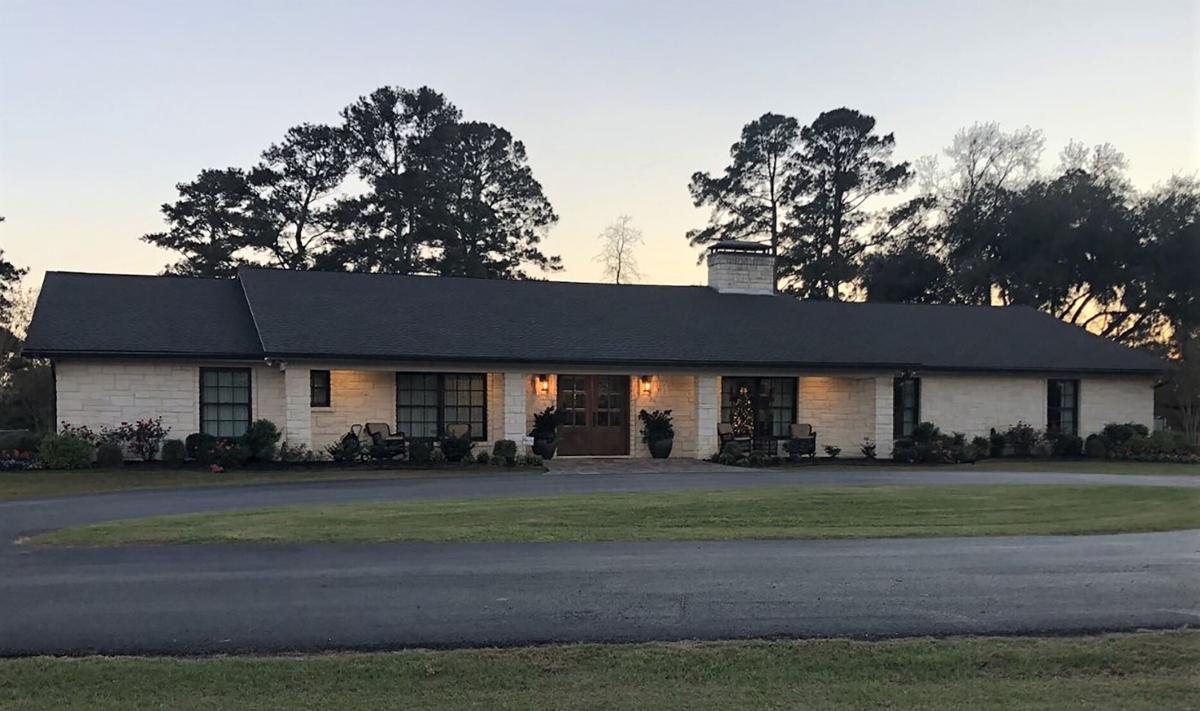 This year’s Christmas Tour of Homes includes the Todd Home, above, and the Ross Home, below.

This year’s Christmas Tour of Homes includes the Rose Home.

This year’s Christmas Tour of Homes includes the Todd Home, above, and the Ross Home, below.

The home of Cliff and Denise Todd, completely and beautifully renovated both on the exterior and interior, is located on the ranch property that has been in Cliff’s family for over 100 years, and it testifies to the truth of the old adage, “Everything old is new again.”

Cliff, his twin brother Ralph, his older brother James, and their parents lived in Dallas while the boys were growing up, and the family spent at least part of nearly every weekend here working cattle at the ranch. They built this house in 1966. Cliff attended Panola College, where he met Denise, and they both graduated from SFA. They married and lived in Austin for 11 years, returning to Carthage in 1987. They lived at the ranch while their home in town was being built but didn’t really consider living there permanently until much more recently, moving in the home in 2016 after a 19-month renovation.

Denise says, “We worked so hard out here all those years and never really got to enjoy the fruits of our labor. One day after we had worked all day and were looking at one of those amazing ranch sunsets, I had this very intense but peaceful feeling in my heart—a message that clearly told me we were supposed to live here. Everything just started falling into place for that to happen, and before long we had sold our our house and were renovating and moving!”

The exterior brick was replaced with Austin limestone, and several of the wooden columns on the front of the old home have been refinished and are now serving as mantles for some of the home’s fireplaces. There are also small plaques on the living room fireplace giving the dates both the original home and the renovation were completed and scriptures that were inspirational to the family.

Some square footage was added to the home, and several walls removed to make it into a very open space. A large and complete outdoor kitchen was also added that includes a fireplace, grill, sink, refrigerator, stove top, oven and warming drawers, as well as a comfortable seating area. Also visible there is the refurbished metal Todd Ranch sign that was on the original entrance to the property.

Denise says that hardly any furniture was purchased for the home; it was all inherited from Cliff’s parents or other family members and was all refinished and/or reupholstered. Every piece has a story and therefore is very meaningful and important to the Todds. All the furnishings also show Denise’s great passion for color. And one piece—the antique clock in the living room (their first piece of furniture)—was purchased 44 years ago when Cliff and Denise married.

One of the guest bedrooms features a very rustic, childlike painting by Cliff’s great aunt Clifford Cyphers, after whom he was named. The painting was found in a closet and is labeled with “sunset on the farm” near the artist’s name. The room also has an inviting rocking chair in which Denise’s grandmother rocked her as a baby.

For Christmas, the home will be decorated very traditionally. In the kitchen, the large island will feature two large lighted table-top trees, as well as pine greenery and red berries. The fireplace in the family room will feature tall lanterns with big candles set in pine wreaths. The outdoor kitchen will be decorated with pine and lighted greenery and a large Christmas wreath. The Christmas tree in the living room will feature traditional ornaments, mostly from the family travels or made by children or other people special to the family.

Other Christmas elements will include a papier mache nativity set on the living room coffee table; it was made in 1987 and sits next to a Christmas card made by daughter Sara at age 5 that includes the handwritten message, “God sent His onlee Son.” A Lladro nativity will be set up in one of the guest bedrooms, and in the other a silver metal sleigh with a Christmas tree in it. The dining table will be set with Denise’s set of Villeroy and Bach Christmas dishes.

Among the unique outdoor Christmas décor will be the antique red jeep that Cliff restored, adorned with greenery, and an official Deer Crossing sign on the road leading to the house with the deer nose painted red like Rudolph’s. Denise says that there is no theme and no special collections among their Christmas decorations.

“It’s just us!” she says. Just like our furnishings, they all have a story and a special meaning to us that no one else would find special or meaningful.”

The beauty of the traditional town house of Twink Ross is enhanced in every room with vivid colors and great natural light from the many windows. She says, “The two most important elements for me in any home are color and light.” The yellow wall color Twink has used in each of her homes since the 1970s makes a good background color for the many shades of red and blue found in most of the home’s furnishings, for her large collection of blue and white porcelain Asian-inspired ginger jars, vases, candlesticks, and bowls, and for the dramatic black and white kitchen, where brightly colored goblets of Irish crystal can be seen.

Twink and her late husband Taylor shared a love for travel, especially to Great Britain, and visited the British Isles any time they had the opportunity. “I love everything about Great Britain,” she says, “the literature, the gardens, the cozy sitting areas, the china and crystal made there, just everything! And I have tried to incorporate as many of those things into my home as I can.”

She adds, “I have several ‘collections’ of various things, but none of them started out as collections; they were all gifts from cherished friends and family members. Most of them are not of great monetary value, but of enormous sentimental value. I love my ‘things’ and I want my things around me because looking at them and recalling the love and memories that surround them brings me great joy. I think one of the reasons I have such a great appreciation for things of great sentimental value is that I went through a fire as a child in which everything in the home was destroyed. Over time I have realized that the greatest disaster of the fire was the loss of family pictures and other irreplaceable family keepsakes.”

For Christmas, guests to the home will see several holiday collections as well. One is a collection of Dickens carolers given to her at Christmas from dear friends over many years. “Even though each figure is very familiar to me,” she says, “every year when I get them out I take the time to look carefully at each face and each piece of clothing that are so dear to me.”

The dining table will be set with a set of Spode Christmas Tree dishes, a collection which she and Taylor began in 1979 when they visited the Spode factory on their first trip to England.

Each Santa in her extensive collection is also a gift. Some of the most special to her are the ones which represent each of her travels, which have been given to her each year by her daughter Susannah’s parents-in-law, Joe and Debbie Romero. “I think they are among the most thoughtful gifts I have ever received,” she says, “and I look forward to putting them out every year!”

Twink says her Christmas tree has no theme and no valuable ornaments, just things that mean a lot to her. “For example,” she says, “I literally have some dime store ornaments from my parents, some that Susannah made in Blue Birds, school, and Sunday School, and one that my granddaughter Madison made from plastic forks to make reindeer horns. One of my favorites is one that was a gift to Taylor and me on our first Christmas together by the couple who introduced us. I also have collected ornaments from our travels—souvenirs that bring back some of the happiest memories of my life every time I see them. I just add some lights and red ribbons to the ornaments on the tree and enjoy looking at it throughout the season! I think Christmas is such a special time for lights! Firelight, candlelight, and lamplight bring joy and peace to me throughout the year, but they are especially important to me at Christmas time!”