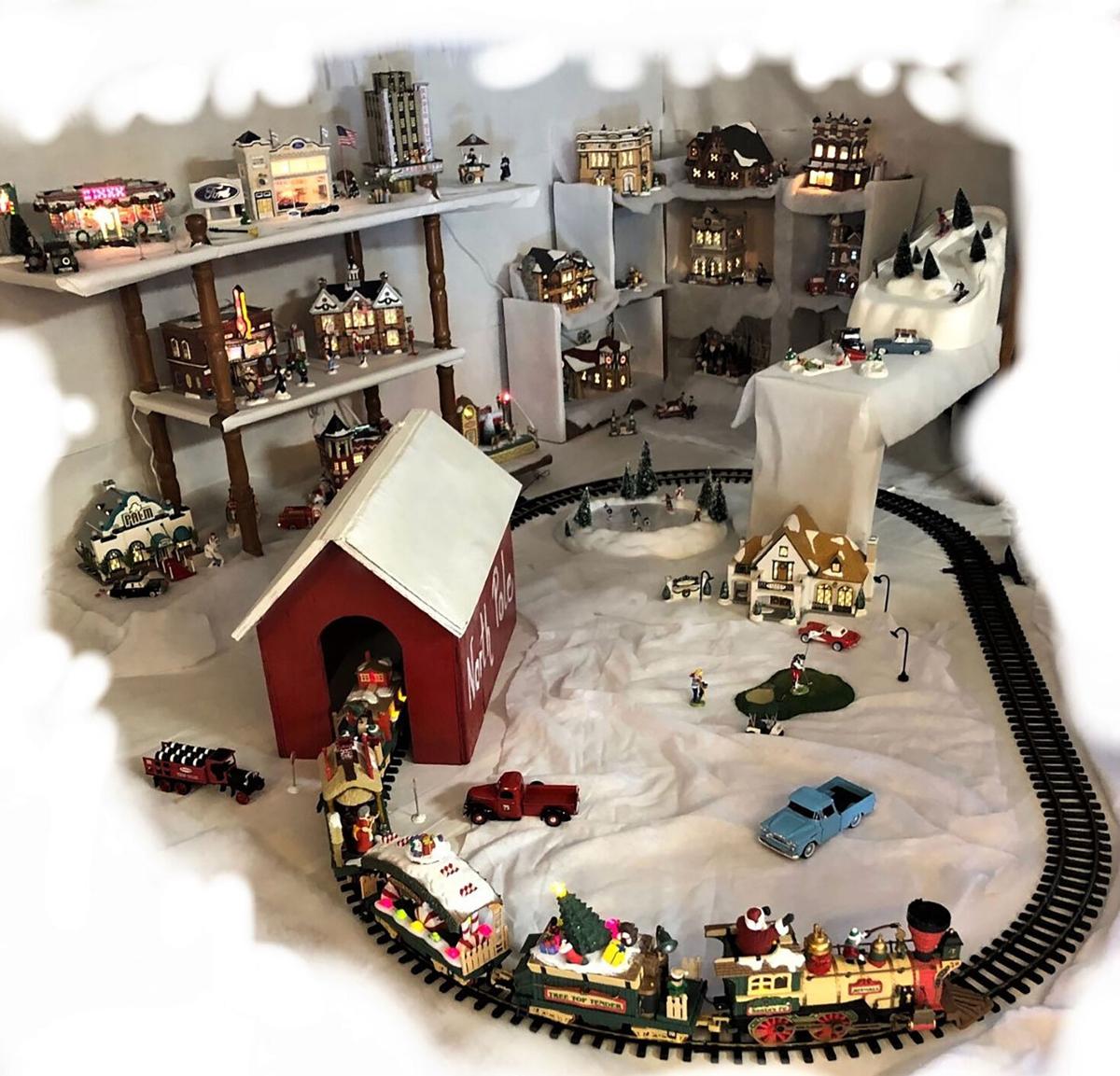 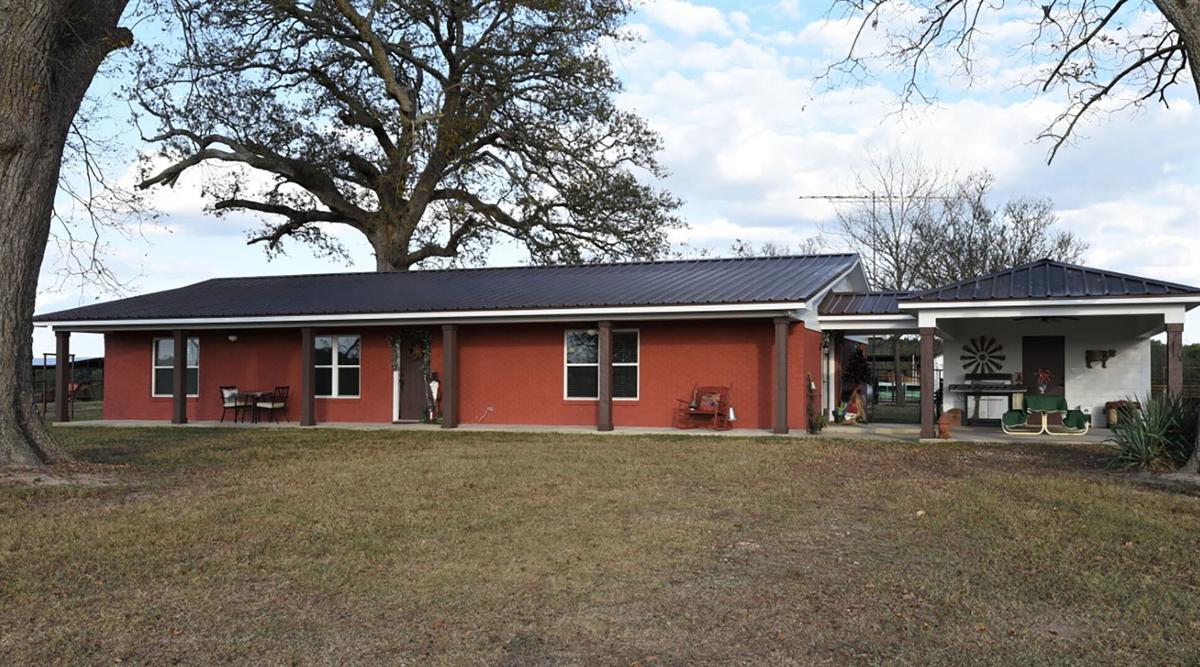 This year’s Christmas Tour of Homes includes the Giles Farm House, above, and the Biggs Family Farm House, below. 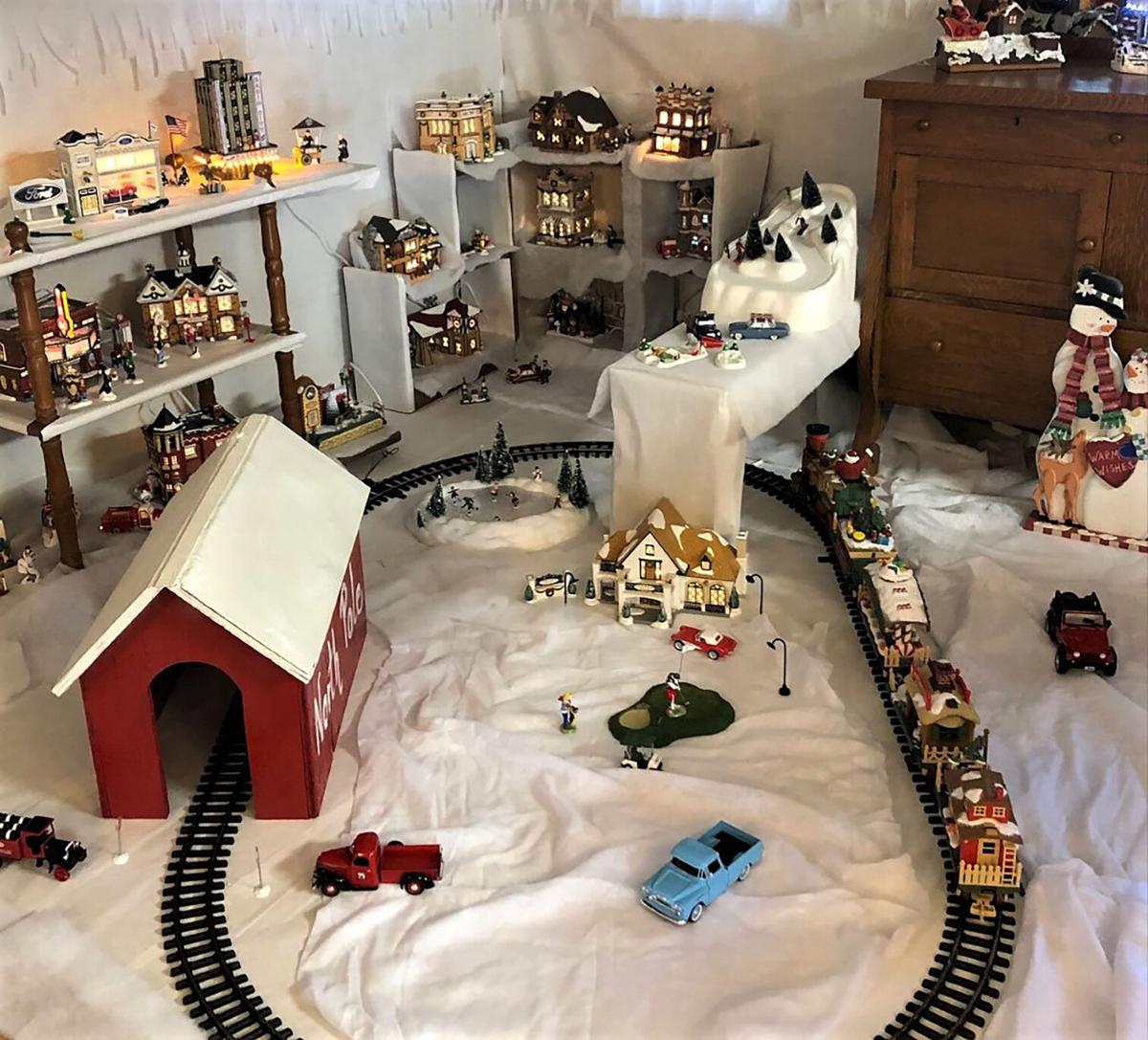 This year’s Christmas Tour of Homes includes the Giles Farm House, above, and the Biggs Family Farm House, below.

The Biggs family farm now belonging to Warren and Toni Biggs was purchased in 1899 by Warren’s grandfather, John Thomas Biggs. A widower with nine children, some grown and a few still at home, he married Warren’s grandmother, Martha Elizabeth (Lizzy) Kirkland, and they had six children. When he died, she was still a very young woman, and she raised her children there in the old dog trot-style house that was on the property (along with a smokehouse and an outhouse). She then lived there by herself—never with any running water or electricity—until she went to live in a nursing home in the 1960s.

She was six feet tall and a very strong woman who raised an enormous garden every year and sold the produce from it. She was still plowing behind a mule well into her 70s. She also took in laundry—washing a laundry basket full of clothes on a scrub board, folding, and delivering it back to the owner—for 50 cents per basket.

Her son Mouzon, Warren’s father, bought the property when she could no longer take care of it. He and his wife Tula built the current house for their retirement home, and he enjoyed raising some cattle as a hobby and to provide meat for the family. After he died, Tula remained there until she went to live at Winkler House. Warren and Toni then purchased the 50 acres and the home.

Knowing that the home needed some updating and would be a place primarily for large gatherings, they did some remodeling and tearing out of walls to open the space up. Their son Brett and his wife Melissa lived in the home while their home was being built, bringing their newborn son Jackson there from the hospital, so five generations of the Biggs family have lived on the farm property.

For Christmas the home will feature traditional greenery and berries around the front door. In the main living area will be a green tree with colored lights and ornaments that were mostly made by children at school or purchased as souvenirs on family vacations. “There is no theme here,” says Toni. “It’s a hodgepodge of ornaments of absolutely no monetary value but of great sentimental value to us because looking at them is a trip down Memory Lane. Two of the favorites are handmade ornaments by our granddaughter Kailey and a traditional picture ornament of our granddaughter Sloan. There is nothing fancy in any of our Christmas decorations; they are all just just very personal. I never go buy new things because I love all my old ones!”

On the desk in the entryway will be a treasured complete Willow Tree nativity set that belonged to Toni’s mother, Elayne Trimble. Visitors will also see a metal candelabra featuring Santa and his reindeer and red candles purchased on a special “cousins trip” to Deer Valley. Other special decorations are a pine cone basket given to Toni by her dear late friends Don and Linda Griffith, and a giant stocking made by a friend of Toni’s mother that is covered in interesting and unique pieces of old jewelry. She lived in a retirement home and was known for constantly walking around the facility asking her resident friends to donate their old costume jewelry for her craft projects.

Also featured will be two other special nativity sets. One is made from small tree branches and covered with moss and was given to Toni and Warren 50 years ago, when they married on December 5, for their first Christmas. The other is a white ceramic nativity set made by Warren’s sister Jackie Rodriguez and her husband Manuel. In the kitchen will be a collection of kitchen accessories by Fitz and Floyd and Spode that includes a cookie jar, pie plate, milk and cookies with Santa mugs, pitchers, and bowls. An antique dough bowl that belonged to Warren’s grandmother will be filled with pine cones and added to the festive collection.

The most fun part of the home’s Christmas décor will be the North Pole Train Station set up in a corner near the dining table. The snow-covered area will include a large floor-model electric train and a wooden North Pole tunnel made by Warren and grandson Jackson. The tracks will be surrounded by snow-covered bookshelves filled with Toni’s Snow Village collection, including the Radio City Music Hall brought for her by son Brian and his wife Amy in New York City. A “Night Before Christmas” house with rooms that light up during a recorded playing of the poem, a gift from longtime friend Kay Garrett, sits atop an antique sideboard that belonged to Toni’s grandmother. The centerpiece on the dining table will include an old wooden Crayola crate and a cast iron kettle that belonged to Lizzy Biggs.

The family farm of Gene and Brenda Giles has been a working farm since 1927, and Gene’s parents, Charles Ross and Fay Cariker Giles, built the current house on the property in 1960 for their family of six to live in. They both believed in living very simple lives, and they left a legacy of appreciating simplicity to their family. When renovating the home in 2014, enlarging the home by taking in the carport to add a living room and bathroom, they continued to strive to keep everything simple because, as Brenda says, Mr. and Mrs. Giles lived out the words to the song “Simple Gifts” every day of their lives: “’Tis a gift to be simple, ‘tis a gift to be free, ‘tis a gift to come down where we ought to be. And when we find ourselves in the place just right, ‘twill be in the valley of love and delight.”

Originally, cotton, vegetables, corn, cattle, chickens and hogs were all raised on the farm, with only cattle remaining today. An outdoor pergola sits to the right of the house, on the site where the original homeplace sat. The property also features century-old oak and native pecan trees.

The home is used for all kinds of gatherings of family and friends, holiday celebrations, and meetings or special events for local organizations. Because the favorite family gathering time for Mrs. Giles was New Years Eve, that is the holiday for which the family still consistently gets together, enjoying the corn meal dumplings she was famous for making every year.

Sixty years ago Gene and his three siblings spent their first Christmas in the home. Each child scoured the pages of the Sears and Roebuck catalog to pick out one special gift each year. For Christmas today, “keeping it simple” continues, including the decorations for the home. Greenery, pine cones, tallow berries, cotton bolls, and other elements of nature will be used throughout the home. The front door wreath features a Texas star and burlap elements, and a bistro table coffee bar on the front porch will be decorated with traditional Christmas greenery.

The green tree in the living room will feature colored lights and country-themed ornaments, many made of cotton bolls, burlap, and other country fabrics. The Denim Days figurines that belonged to Mrs. Giles are also reminiscent of the family’s country heritage. The dining table will feature Capital of Texas ornaments and a metal Christmas tree as a centerpiece. On the serving island between the kitchen and living room will be reindeer made from natural straw and pine cones. An antique library table serves as a coffee bar in the kitchen. Two large reindeer made of willow branches will stand guard at the side door of the living room that leads out to the pergola. The living room will also feature a wooden stable and nativity figures, as well as tall ceramic snowmen.

In one of the two bedrooms is furniture that came from the old Vandergriff Hotel that was located on the square in Carthage for many years and an antique school desk from Center ISD that was in Brenda’s classroom for 37 years. A Santa adorns the chest of drawers as he makes bears for the collection scattered about the bedroom. The other bedroom will feature a set of “grandparent” figures hand made for Brenda by a friend more than 35 years ago, a Don Churchill painting honoring the family’s western heritage, and a painting of a country landscape and cattle honoring their love of the woodlands, as well as more family Christmas decorations collected over the years.