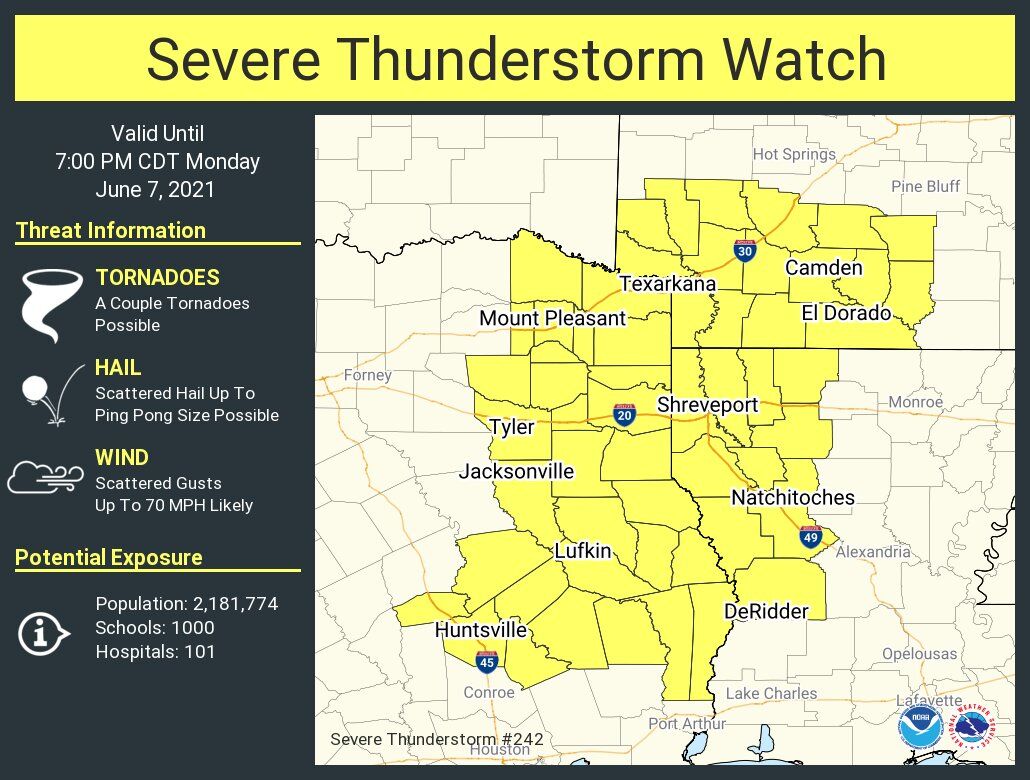 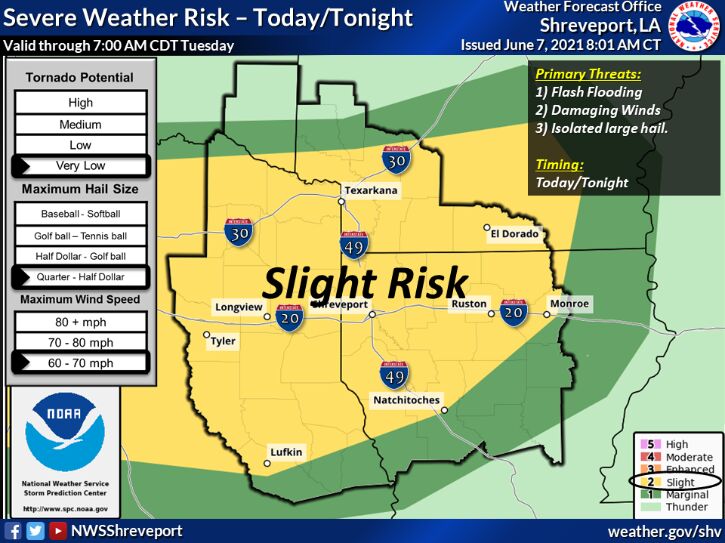 A severe thunderstorm watch has been issued for Panola County through 7 p.m. Monday, the National Weather Service said.

The NWS says scattered wind gusts up to 70 mph, scattered hail up to ping pong-size is possible and a couple of tornadoes are possible. The watch covers all of East Texas and the Ark-La-Tex region.

The NWS had earlier put Panola County under a "slight" risk for severe weather Monday, with the primary threats being flash flooding, damaging winds and isolated large hail later this evening.

"Showers and thunderstorms will be possible across the entire region today, with localized heavy rain possible," the NWS said in a hazardous weather outlook. "This could lead to isolated flash flooding in low lying and poor drainage areas, and in locations that have seen significant rainfall in the past week. In addition to the heavy rain, strong gusty winds will be possible with any organized cluster of storms.

The NWS said showers and thunderstorms will continue on Tuesday.

"Can't rule out strong gusty winds, especially if storms are able to organized into clusters," the NWS said. Much drier conditions are expected for the remainder of the week as upper ridging builds into the region. Widespread rain chances are possible by next weekend."

A flash flood watch is also in effect for Panola County through Tuesday morning, with rainfall totals of 2 to 3 inches, with isolated higher amounts, possible.