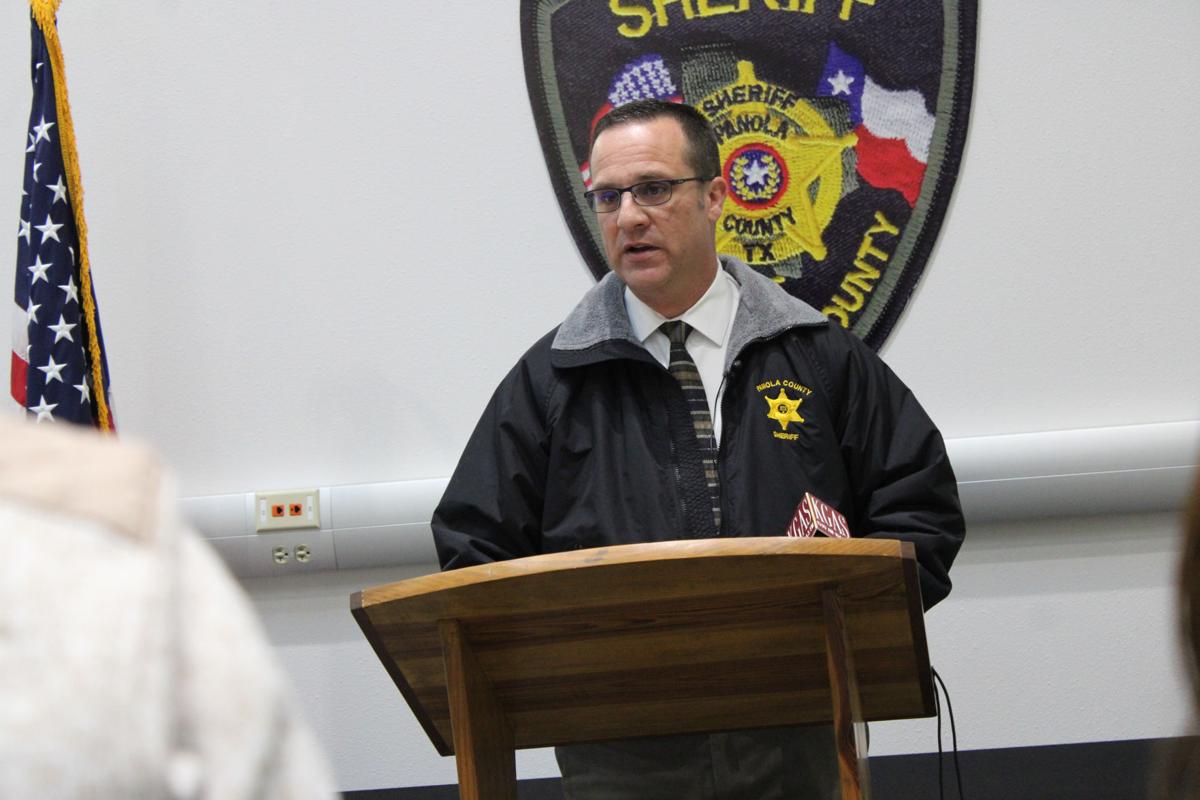 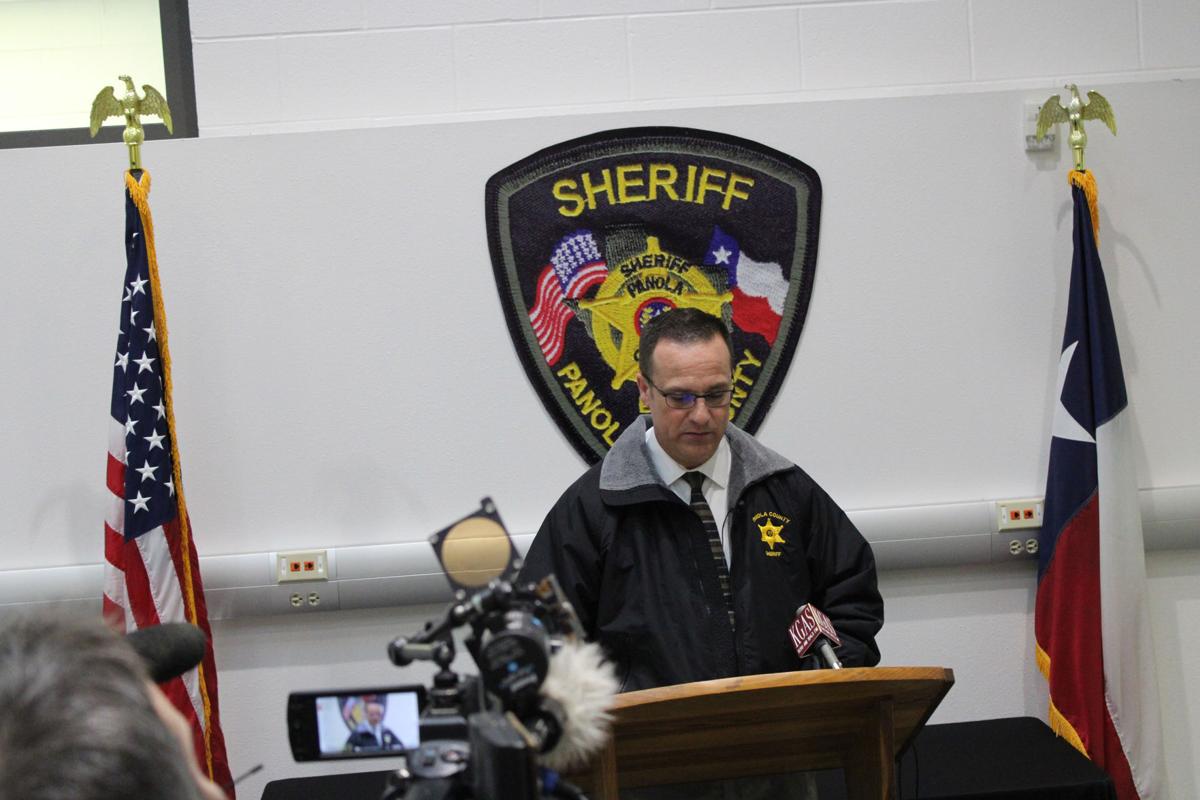 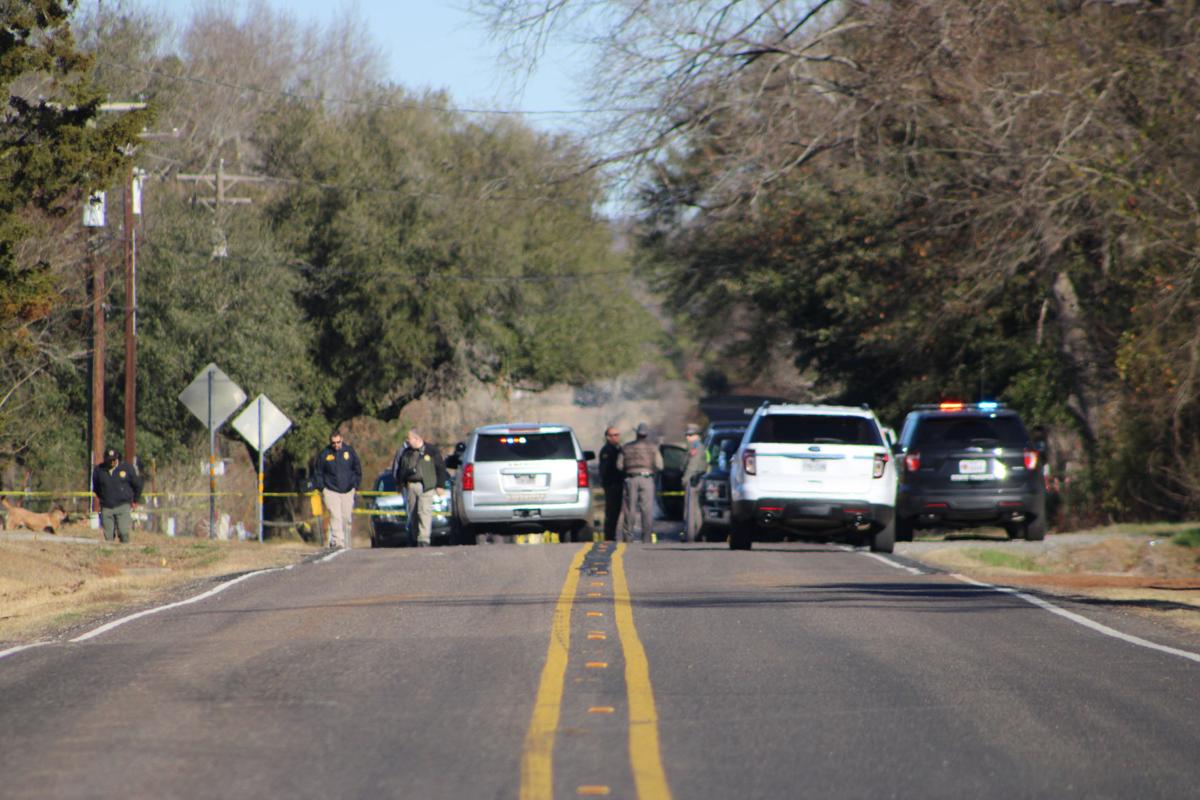 The Panola County Sheriff’s Office and the Texas Rangers investigate the scene where a sheriff’s deputy was fatally shot on FM 10 near FM 2260 in Gary on Tuesday morning. 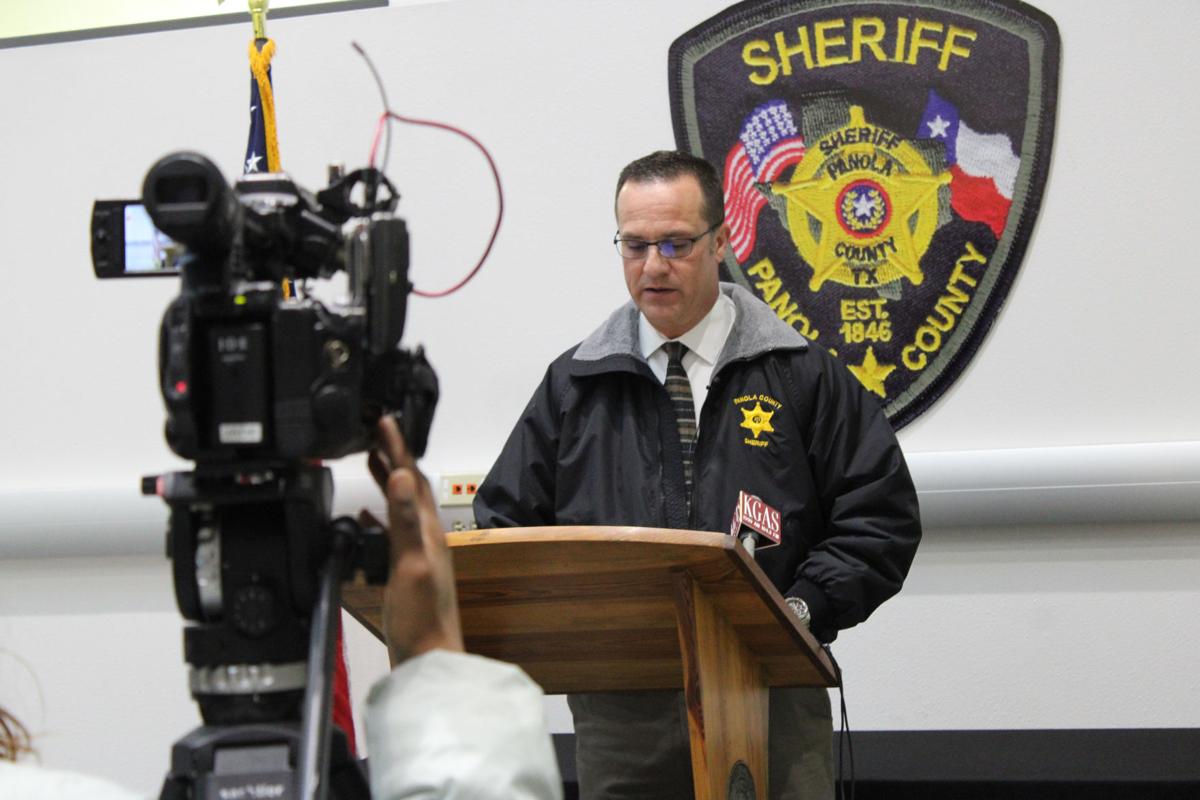 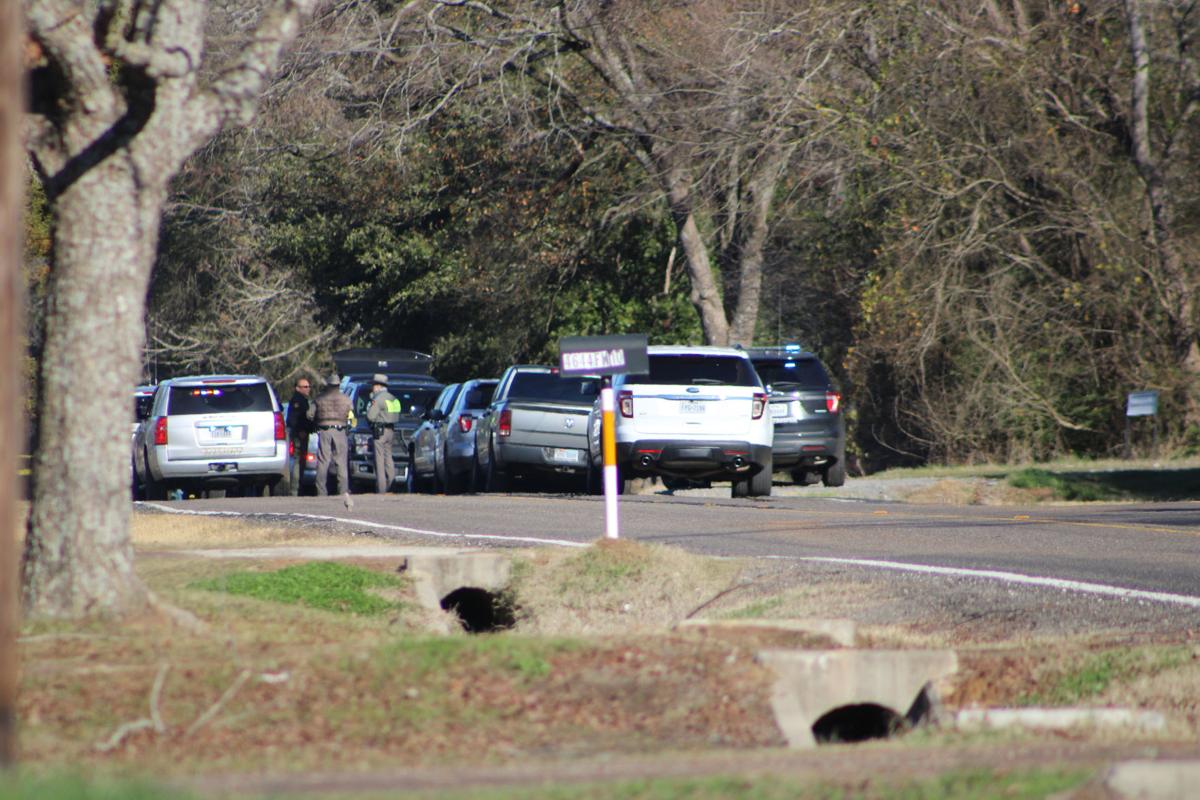 The Panola County Sheriff's Office and the Texas Rangers investigate the scene where a sheriff's deputy was fatally shot on FM 10 near FM 2260 in Gary. 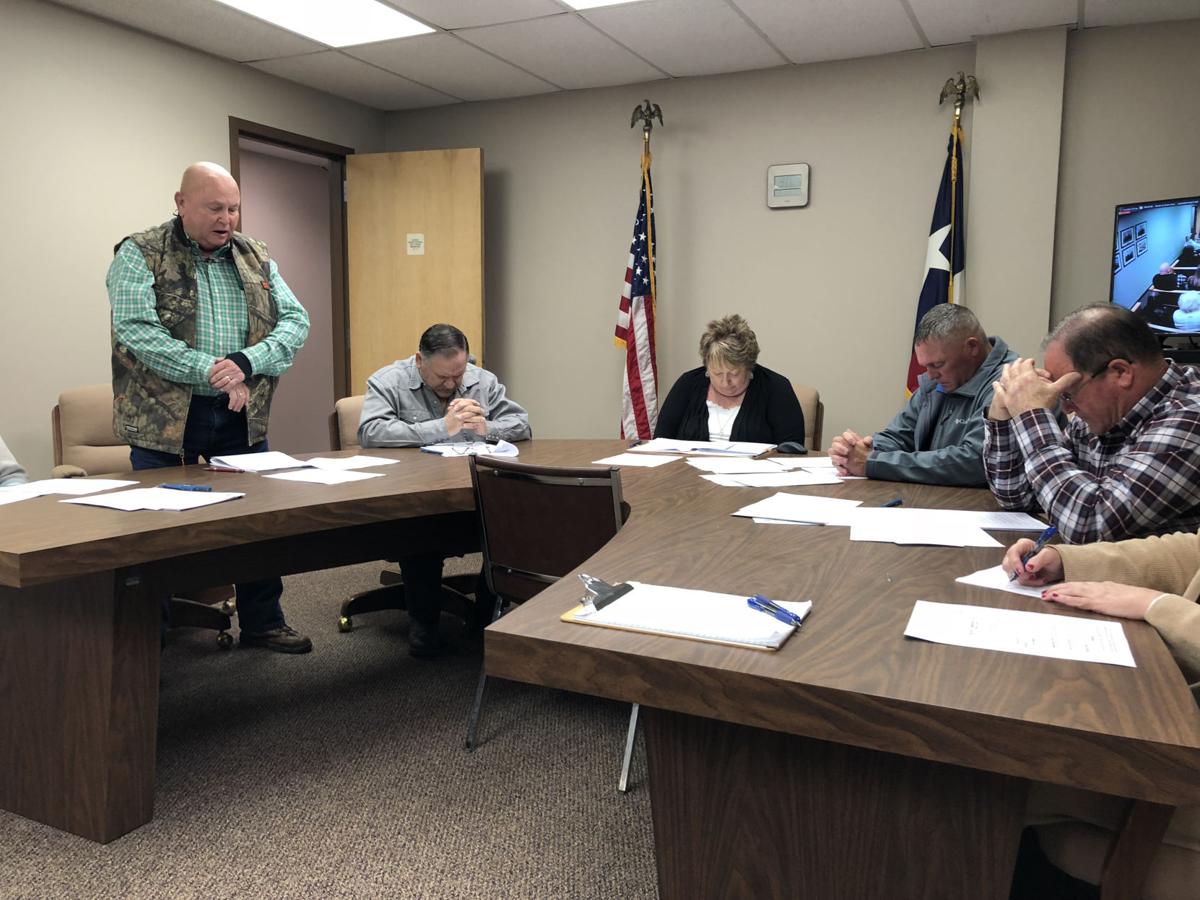 Panola County commissioners, led by Commissioner Ronnie LaGrone, pray for the family of a sheriff's office deputy killed earlier that day at a meeting Tuesday morning. 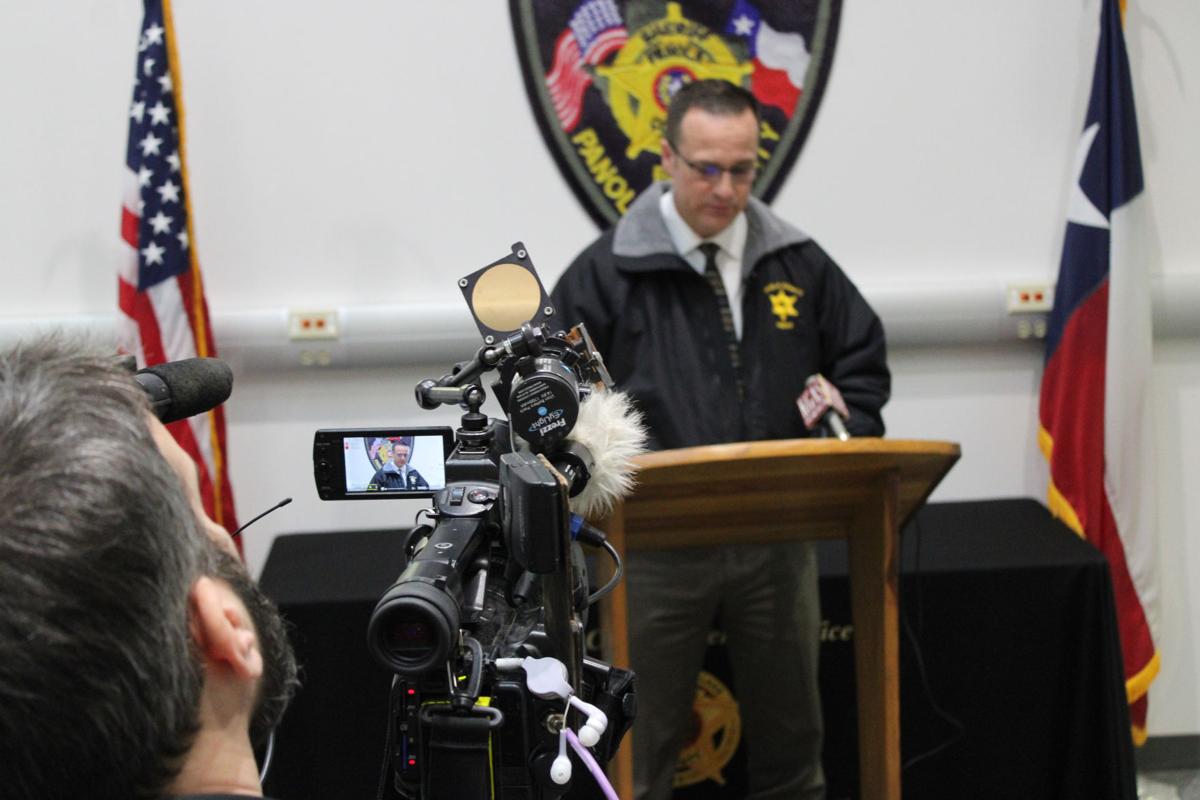 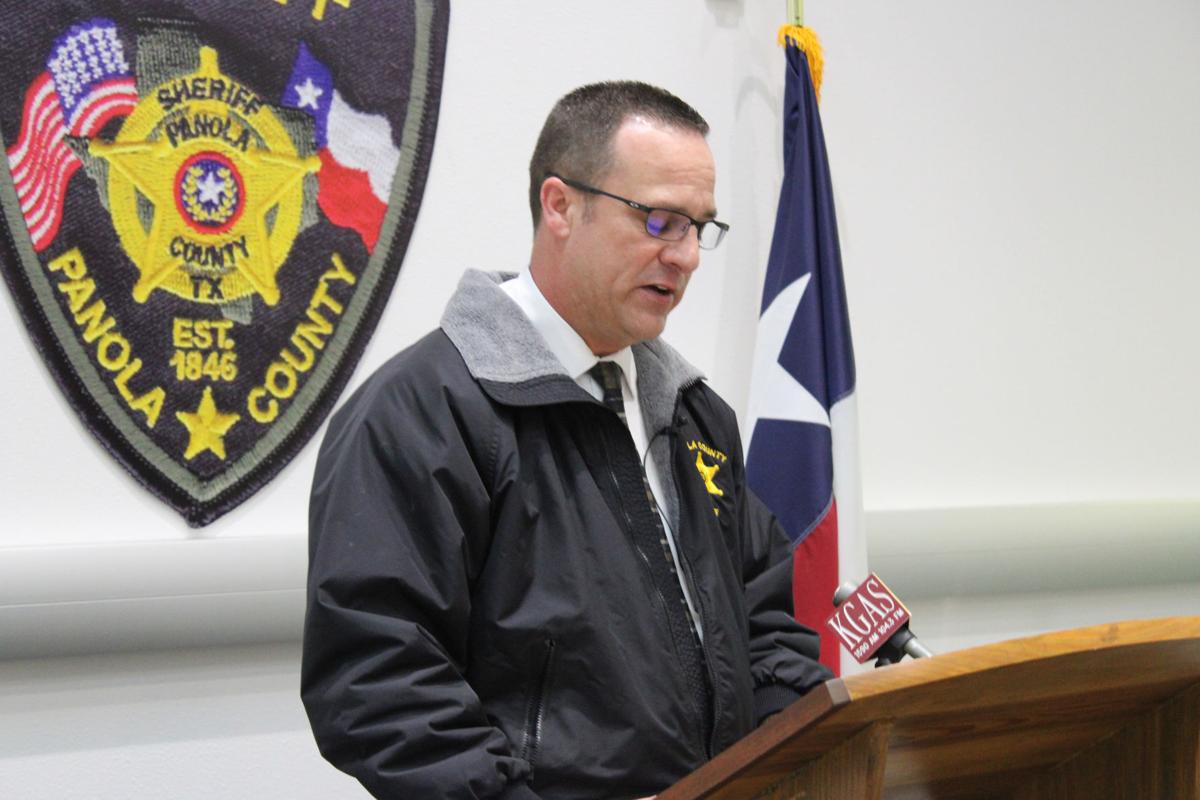 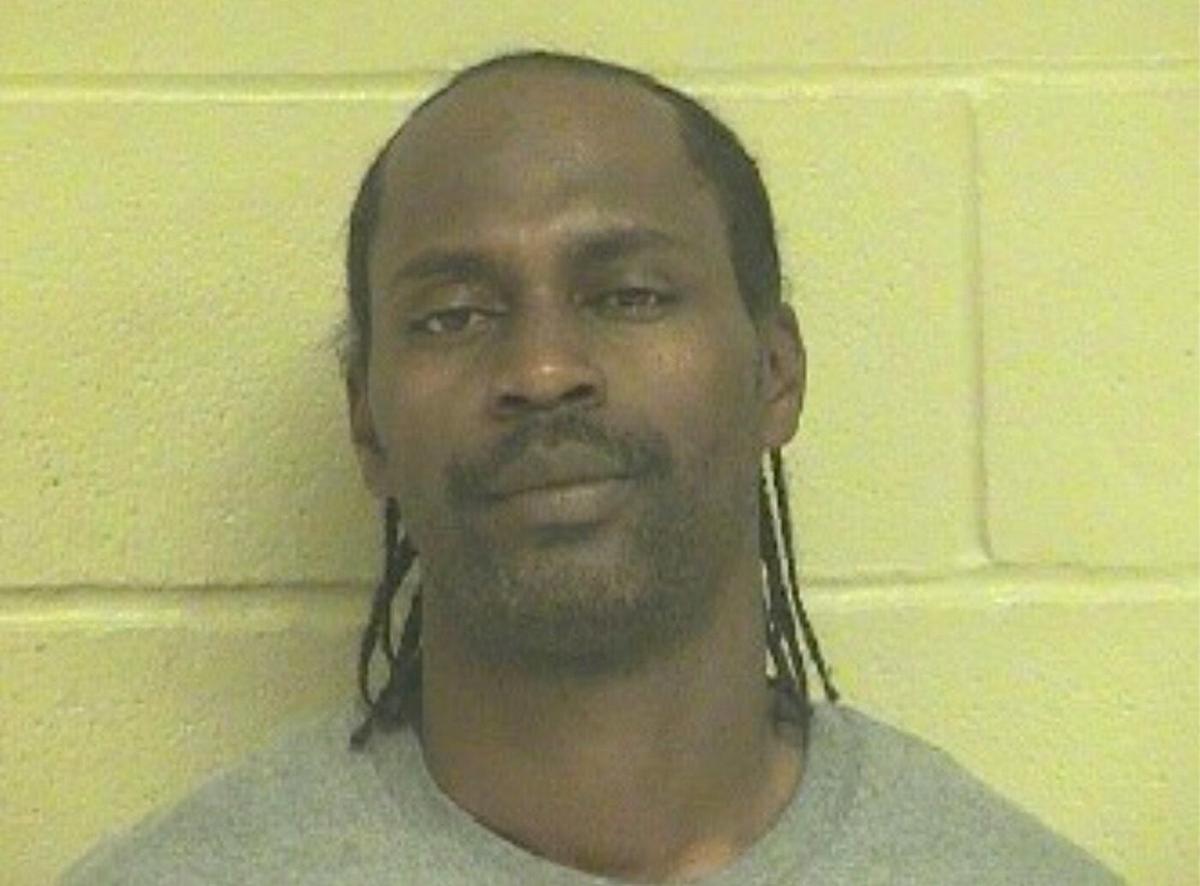 The Panola County Sheriff’s Office and the Texas Rangers investigate the scene where a sheriff’s deputy was fatally shot on FM 10 near FM 2260 in Gary on Tuesday morning.

The Panola County Sheriff's Office and the Texas Rangers investigate the scene where a sheriff's deputy was fatally shot on FM 10 near FM 2260 in Gary.

Panola County commissioners, led by Commissioner Ronnie LaGrone, pray for the family of a sheriff's office deputy killed earlier that day at a meeting Tuesday morning.

Editor's Note: This story is being continually updated as we get more information. Please keep checking back.

A Panola County Sheriff’s Office deputy was killed early Tuesday morning in a traffic stop in Gary, the department said.

The deputy, whose name has not yet been released, was conducting a traffic stop on FM 10 near FM 2260 around 1:57 a.m., the sheriff’s office said. The driver of the stopped car, identified as Gregory DeWayne Newson, 45, of Shreveport, "suddenly exited the vehicle and fired a weapon numerous times at the deputy," Sheriff Kevin Lake said in a statement.

The deputy returned fire, but the suspect fled the scene, Lake said. People living in the area heard gunshots and went to help, with the department saying a civilian called into dispatch with the officer's radio to report he had been found lying on the road.

The deputy was taken to UT Heath Carthage, but he died an hour later, the department said.

A capital murder of a peace officer warrant for Newson has been issued, and he will be extradited back to Panola County, the department said. The Shreveport City Jail lists Newson being charged with flight in vehicle and fugitive. He was booked into that facility at 6:25 a.m.

The Texas Rangers are jointly investigating the fatal shooting with the Panola County Sheriff's Office. FM 10 was closed to traffic between 2260 and County Road 119 Tuesday morning as law enforcement were on scene.

A vigil is planned for 6 p.m. Wednesday at Still Waters Cowboy Church on Texas 315 just west of Carthage. The Deadwood United Pentecostal Church said it was holding a special time of prayer between 4 and 5 p.m. in its sanctuary. The Pentecostal Church is also accepting cards for the deputy's family.

"We ask the community to keep all of our deputies and the family of our fallen officer in your thoughts and prayers."

Lake described the deputy as someone who was valuable to the department, "as dedicated as they come."

"This young man gave his life doing what he was put on this Earth to do," Lake said.

Lake thanked the citizens who responded to the early morning gunshots, as well as those who called in valuable information and helped law enforcement track Newson down.

Lake said Tuesday morning more information in the investigation would be released once it becomes available.

At a meeting of the Panola County Commissioners' Court on Tuesday, officials expressed their sadness over the deputy's death and offered condolences to his family. Pct. 1 Commissioner Ronnie LaGrone, when opening the meeting with a prayer, called it "a heavy day."

"(This) senseless crime just took the life of a young father, a protector, a lover of his job," LaGrone said. "We ask that you be with his family, give them grace, give them strength, give them the love they need to see them through this. God, be with his law enforcement family next door. They're hurting also."

After the meeting, LaGrone said they never think of something like this happening in Panola County.

"This was cold blooded... attack on a peace officer who just got out of his car to go walk up to another car, and he was ambushed."

LaGrone said the entire court has always and will continue to support the sheriff's office with whatever they need to do their jobs safely.

"We want them to know that we're behind them always," LaGrone said. "Sheriff Lake, Chief Deputy DePresca, all the rest of the officers over there know that if they need it, come to us and if it's in our power to do it, we will for them. We want the family, his direct family, to know that we're here for them, we're praying for them and that God will be with them."

“My thoughts and prayers are with the family of the Deputy killed in the line of duty and with the Panola County Sheriff's Office as they deal with the aftermath of this unimaginable tragedy," he said. "We must never forget the solemn oath our law enforcement officers take to protect and keep our communities safe. We must also ensure that the perpetrator faces swift justice. I ask that all Texans join Cecilia and me in remembering the sacrifice and service of this brave sheriff's deputy.”

Patrick noted the deputy's death was the 18th recorded in Texas this year and the third this month.

"We’ve lost 41 officers in the line of duty in the last 5 years in Texas alone and hundreds nationwide," Patrick said. "Please pray for this family, the Panola County Sheriff’s Office and all law enforcement everywhere. They stand between a civilized society and total lawlessness."