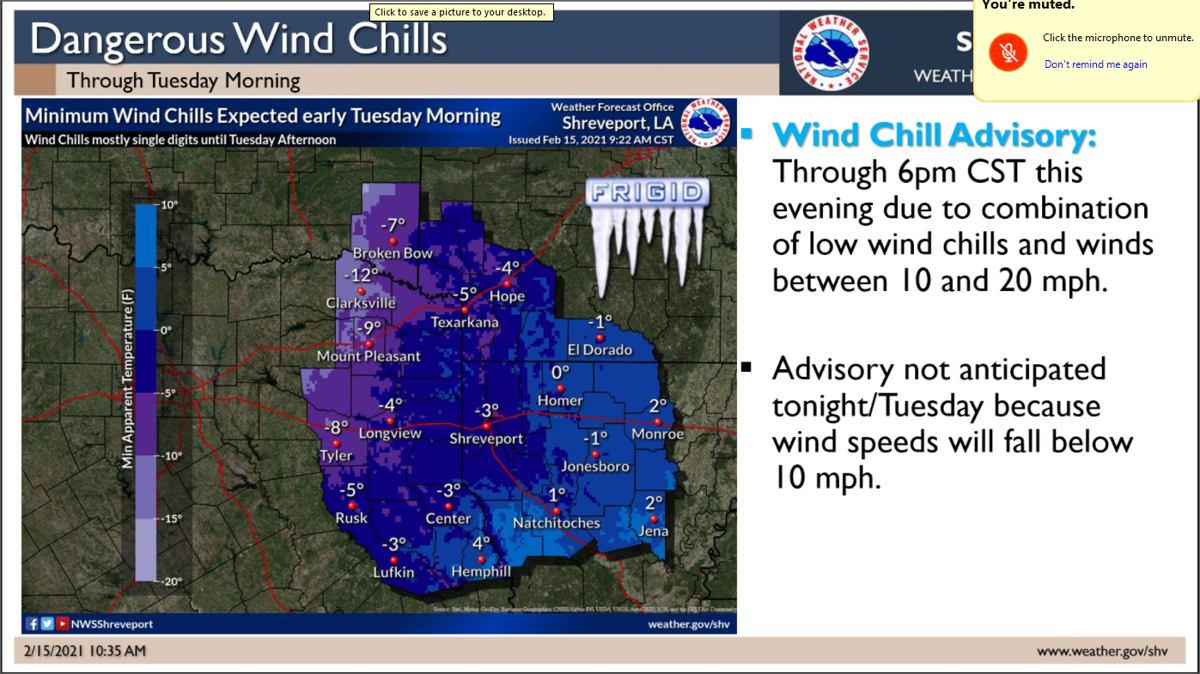 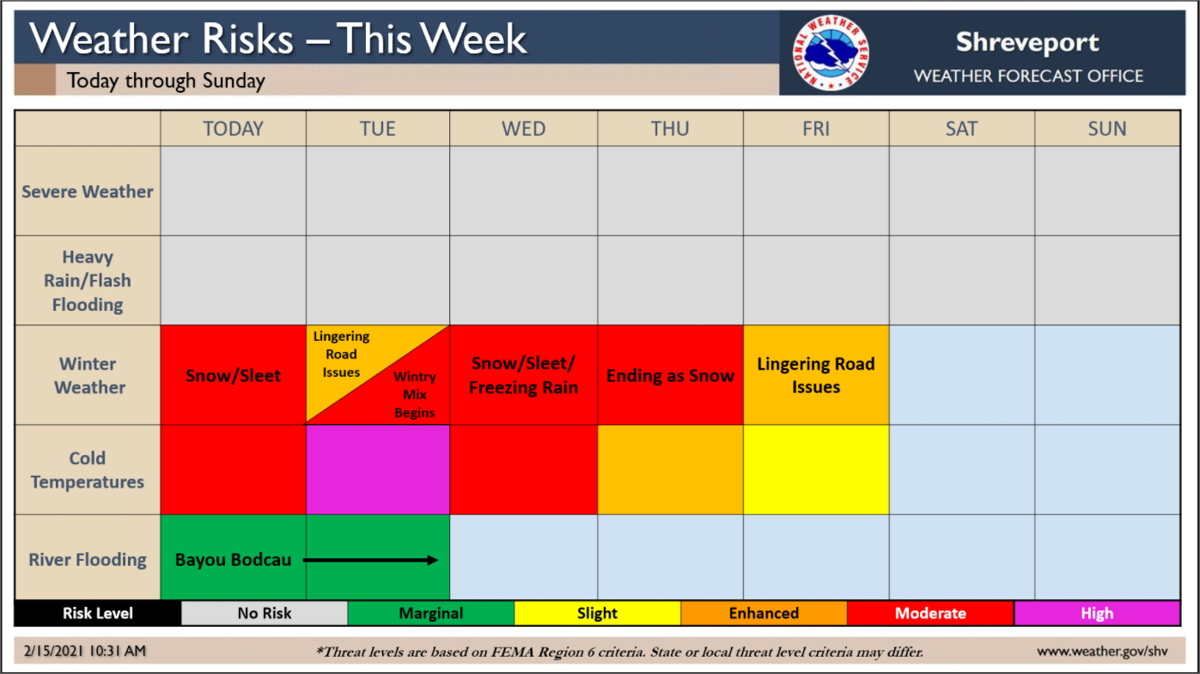 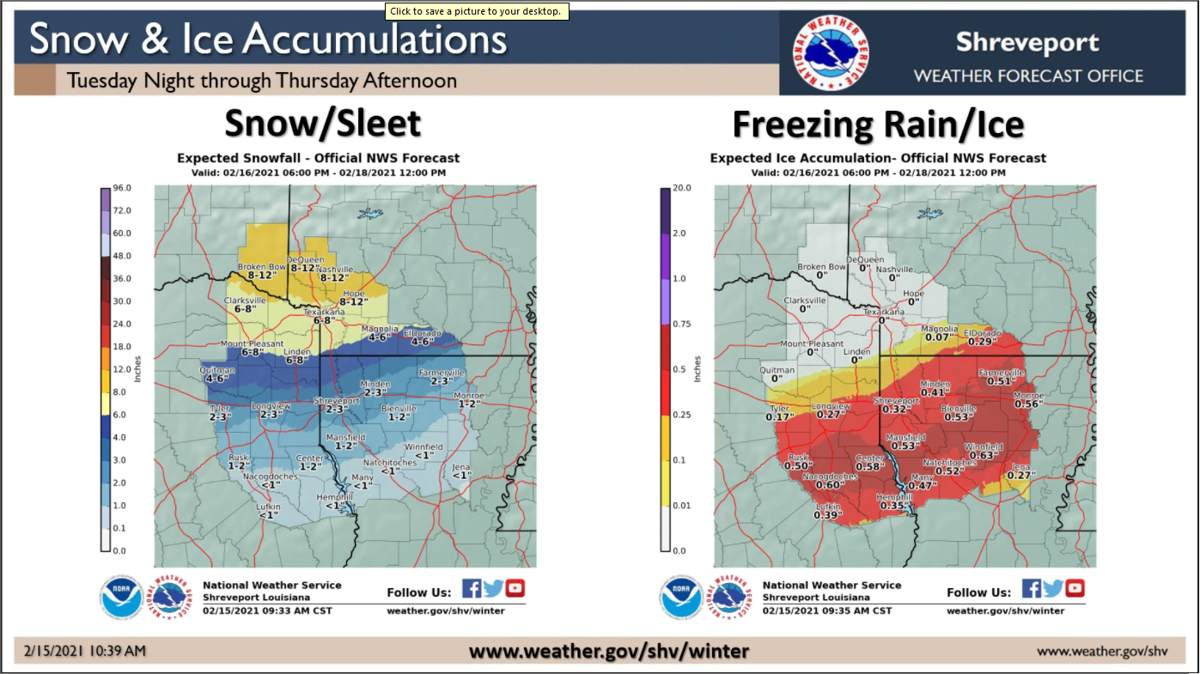 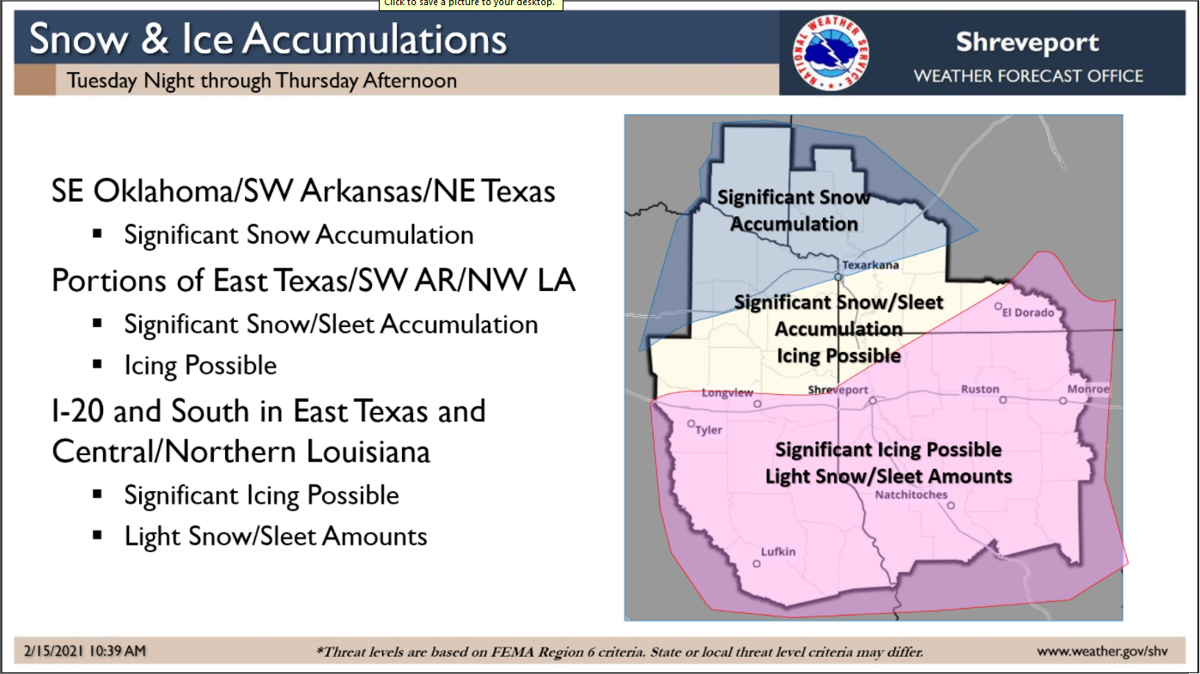 Dangerously cold temperatures and wind chills remain a concern for all of East Texas Monday night into Tuesday as the first of two winter storms ends, the National Weather Service said.

Senior Meteorologist Chris Nuttall, in a Monday morning weather briefing, said most of the first storm's snow and sleet is already moving out of the area — but a winter storm warning remains in effect for all of East Texas until 6 p.m.

A hard freeze warning remains in effect through 6 p.m. Monday night because of a combination of low wind chills and winds between 10 and 20 mph.

Monday night is going to be cold, with temperatures dipping slightly below zero north of I-30 and single digits elsewhere. Wind chills will push the cold even further, with the National Weather Service warning apparent temperatures (the "feels like" temperature) could be -8 degrees in Tyler, -4 degrees in Longview and -3 degrees in Carthage.

Temperatures and road conditions are not expected to improve until this weekend because of the expected second winter storm, Nuttall said.

"Snow and sleet today, lingering road issues for pretty much all of Tuesday, and then the next winter storm begins Tuesday night," he said.

The second major snow and ice storm will begin hitting the region late Tuesday night, Nuttall said. Areas south of I-30 will see mostly sleet and freezing rain for the first part of the storm around 3 a.m. Wednesday through Wednesday night, when it will transition to snow.

"There's not really going to be any change until we get to really I mean all through the day Wednesday," Nuttall said.

Nuttall said by noon Thursday, the precipitation should be all snow and the storm should end by mid-afternoon Thursday.

The Longview and Tyler areas are expected to get 2-3 inches of snow and sleet in the second storm and between 0.17 and 0.27 inches of freezing rain/ice. Southeast of a line from Tyler to El Dorado, Arkansas, Nuttall said the there are expectations of more than a quarter inch of ice — possibly more than half an inch of ice.

By the weekend, "we should rebound and warm back up, so hopefully we'll start to get some melting and clearing of the roads," he said.