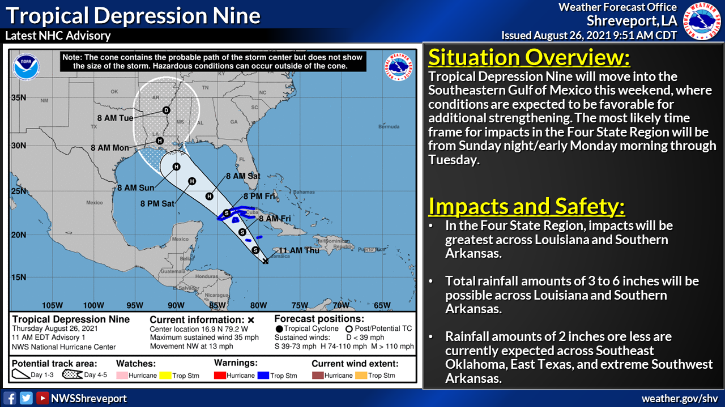 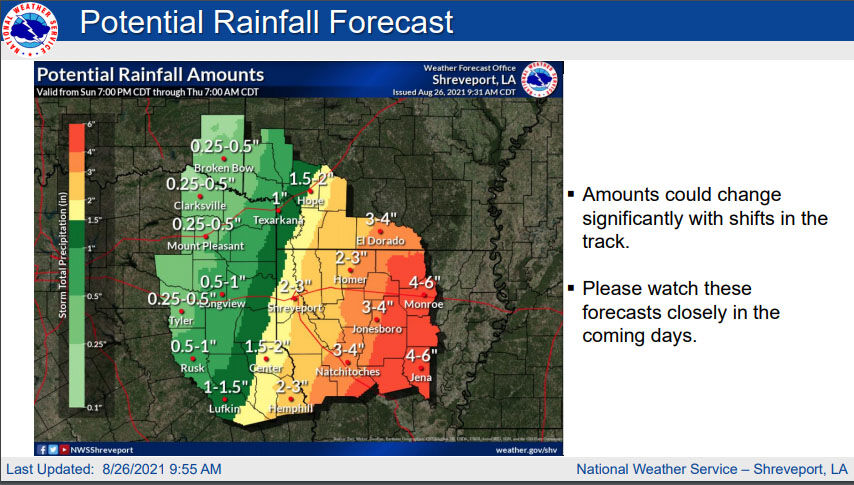 A potential hurricane could impact areas of East Texas next week, the National Weather Service said.

The National Weather Service said Tropical Depression 9 is expected to emerge in the Gulf of Mexico this weekend poses a threat to the northern Gulf coast early next week.

The storm could bring significant impacts to the four-region state, the NWS said, but more specific forecasts will be available in the coming days. Recent trends have the storm moving more to the east.

The storm, which was seeing 35 mph winds southwest of Jamaica this morning, re-enters the Gulf by Saturday morning and is forecast to become a hurricane, the NWS said.

Possible impacts for the East Texas area would come Monday into Tuesday. Right now, potential rainfall amounts are forecasted to be between half an inch and 1 inch for areas around Longview and eastern Harrison County; between 1 and 1.5 inches in western Harrison County and most of Panola County; and 2 to 3 inches for the easternmost portion of East Texas and the Shreveport area.

"While models have trended east over the last several days, we could still see several large shifts as the system gets more developed," according to the NWS's Thursday briefing.