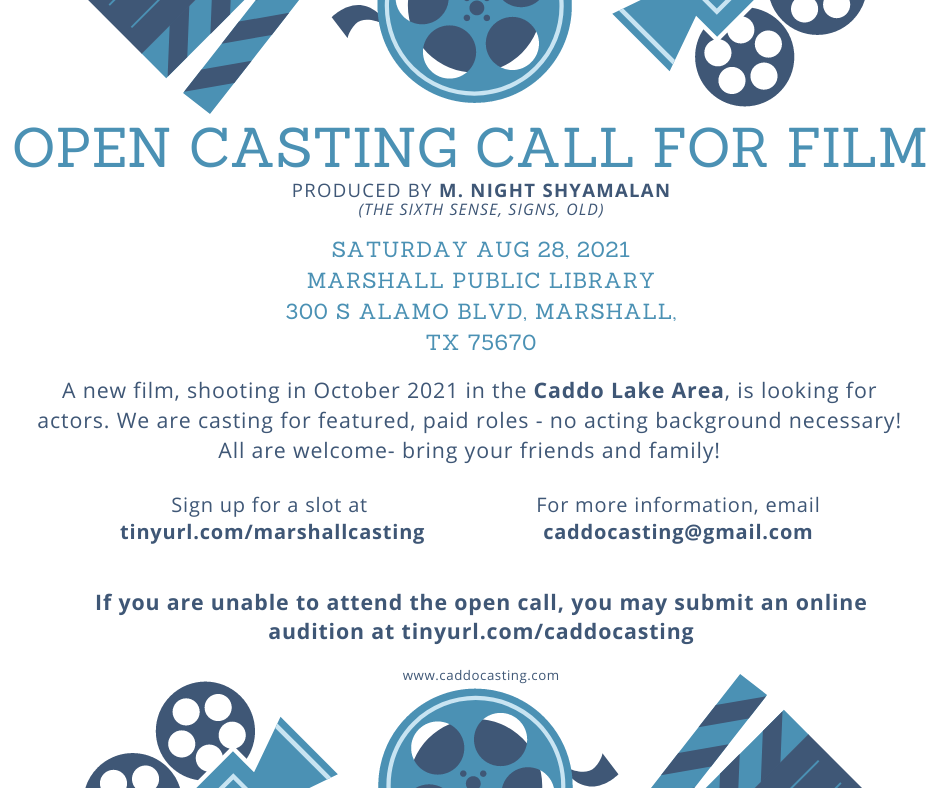 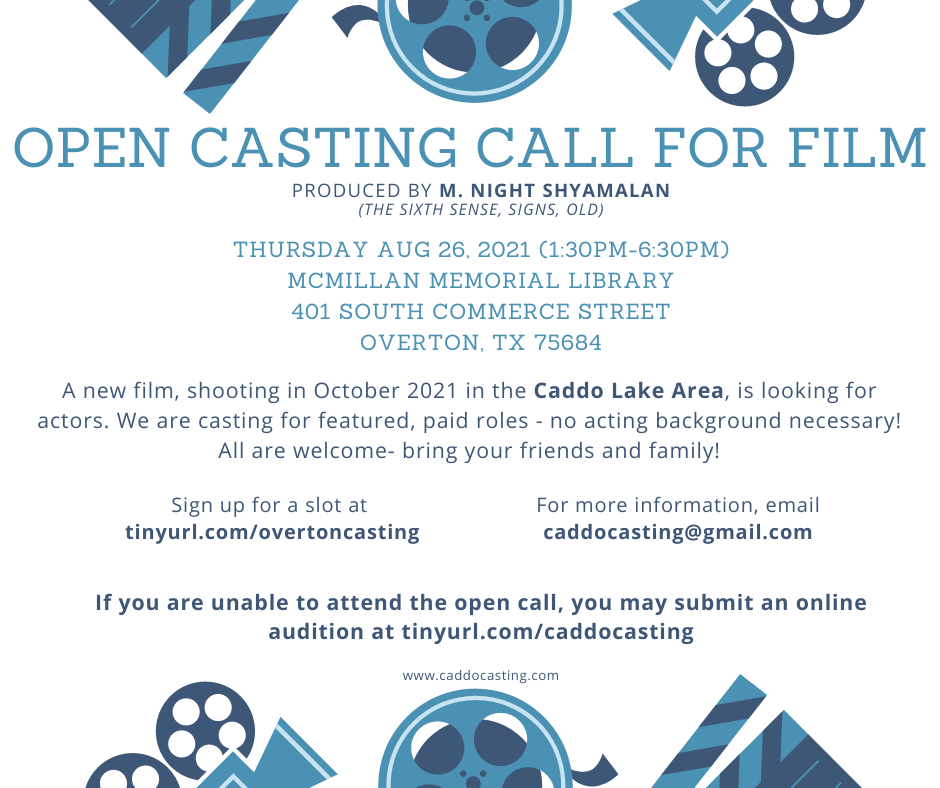 A M. Night Shyamalan-produced film is seeking local talent for a film to be shot on location at Caddo Lake.

Shyamalan is a well-known filmmaker for his work on the Sixth Sense, Signs, Split and Old.

Open casting calls were planned Thursday, Aug. 26 at the McMillan Memorial Library, 401 S. Commerce St. in Overton, or Saturday, Aug. 28 at the Marshall Public Library but slots had filled by Tuesday.

Online casting auditions can also be submitted at tinyurl.com/caddocasting. Auditions are available for anyone interested, whether they have acting experience or not.

The movie, according to casting director Charlotte Arnoux, is an untitled Caddo Lake film with major Hollywood names as the leads.

The movie is about an 8-year-old girl who mysteriously vanishes on Caddo Lake, with a series of past deaths and disappearances that begin to link together. The events forever alter a broken family’s history.

The film will be directed by award-winning directors Celine Held and Logan George of ELO FILMS who are dedicated to the authentic portrayal of the community around Caddo Lake.

Topside won the Mario Serandrei Award for Best Technical Achievement at Venice, won the Jury Award for Best Director at SXSW 2020, and was named one of the 20 best films from Venice & Toronto 2020 by The Hollywood Reporter.

Their short films have premiered in competition at Cannes Film Festival (Short Film Palme d’Or nominee 2018), Sundance Film Festival, Telluride Film Festival, and in the Narrative and Midnight competitions at SXSW. They were named among Filmmaker Magazine’s 25 New Faces of Independent Film in 2017.

All cast members will be paid and shooting is anticipated to begin in October, Arnoux said.

Those interesting in the casting call must sign up online at tinyurl.com/marshallcasting or tinyurl.com/overtoncasting. For more information, email caddocasting@gmail.com.