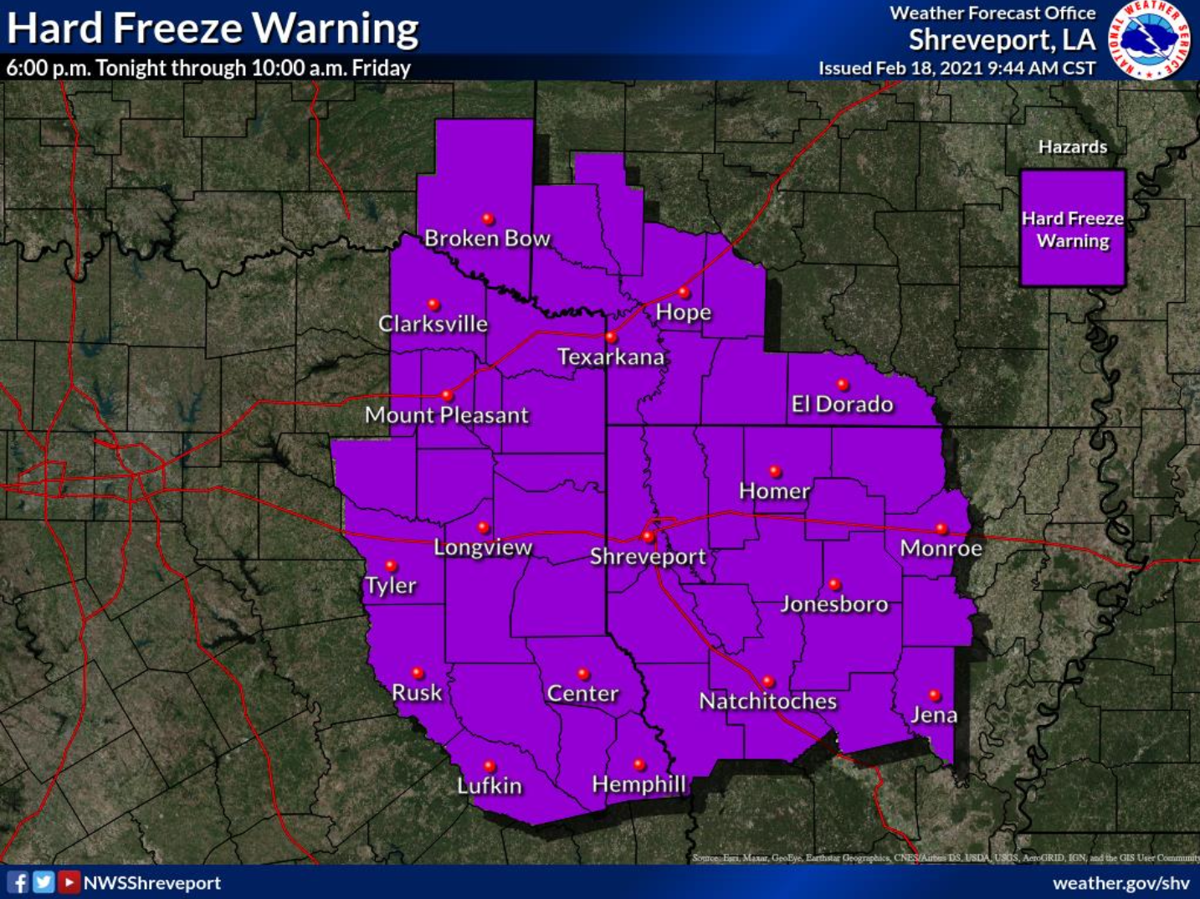 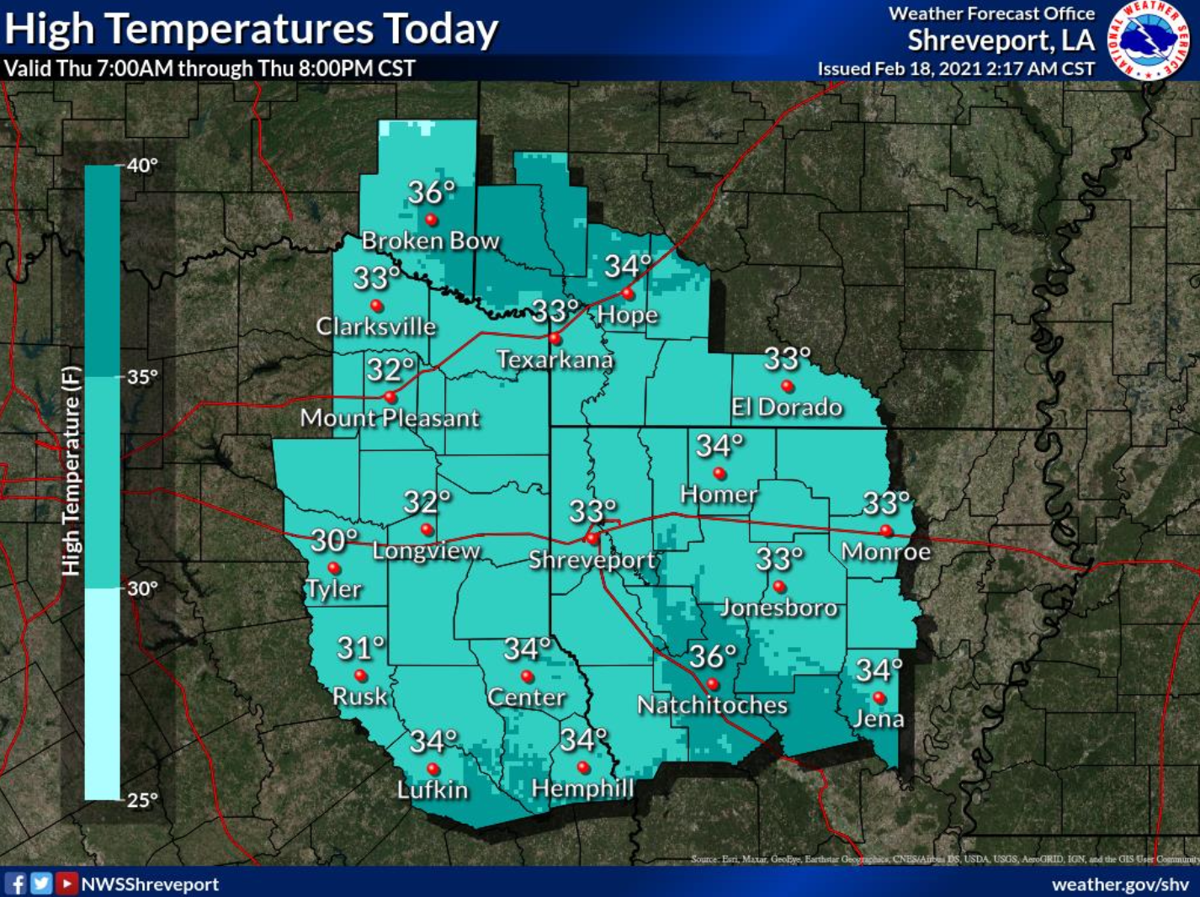 The end is in sight — warm temperatures and sun on Saturday should be enough to completely clear the roads of ice.

But first the East Texas region will need to prepare for at least one, and maybe two, hard freezes overnight that will keep roads treacherous.

"By Saturday morning we’ll still be able freezing pretty much over the entire area, however we will see those temperatures get above freezing areawide Saturday afternoon and even more on Sunday," Meteorologist Matt Hemingway said in a weather briefing Thursday morning.

Temperatures will rise above freezing for a short time Thursday and on Friday, Hemingway said, but the cold nights will mean re-freezing of ice that melts during the day and continued icy roads. Cloud cover is expected today and tomorrow, meaning not a lot of melting ice will evaporate.

"We're just not going to really evaporate all that moisture off the roads with a lack of sunshine," he said.

Saturday should see temperatures in the 40s throughout the region, and Hemingway said the National Weather Service thinks that and the sunshine will completely clear the roads.