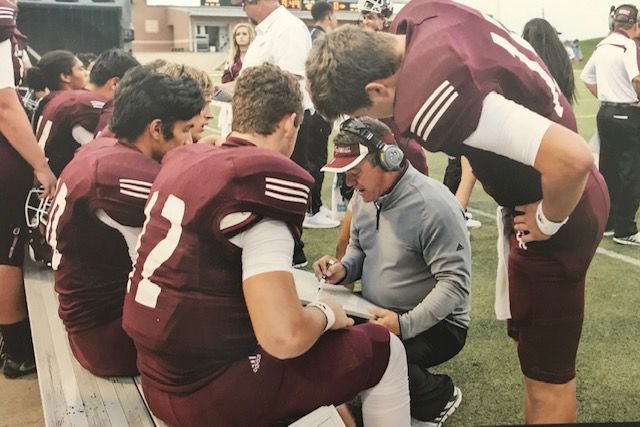 Rob Griffing draws up a play for the Katy Taylor Mustangs. 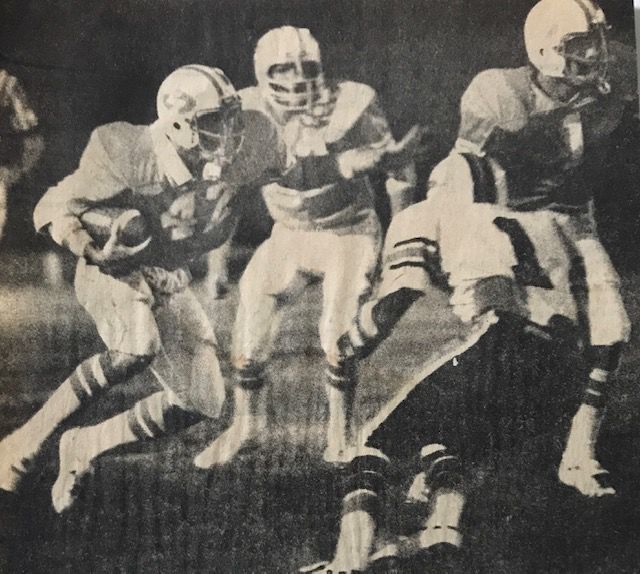 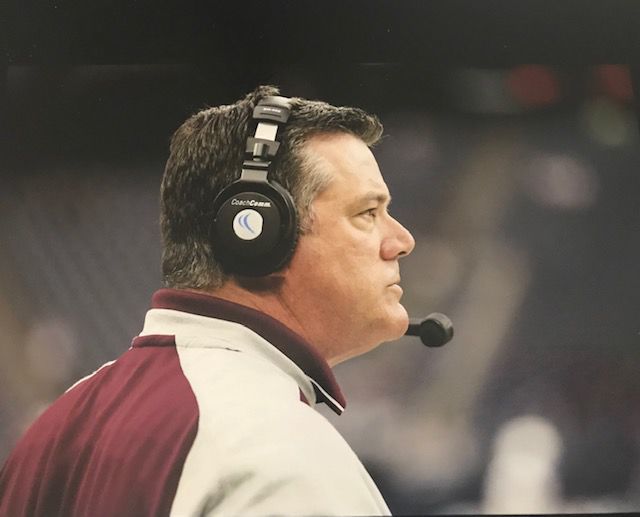 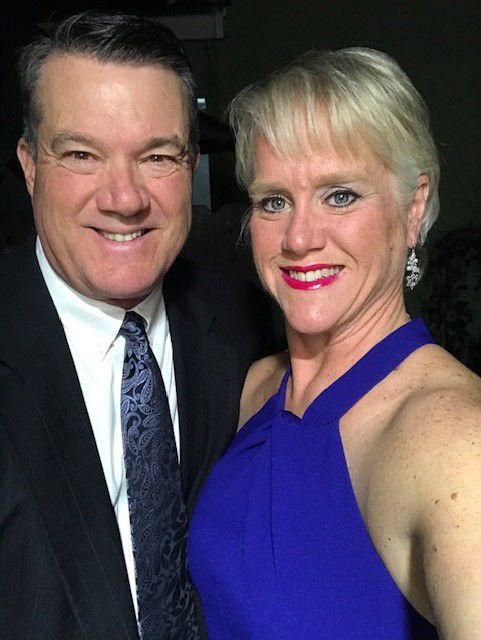 Rob Griffing poses for a photo with his wife Cynthia.

Rob Griffing draws up a play for the Katy Taylor Mustangs.

Rob Griffing poses for a photo with his wife Cynthia.

“I was influenced by my high school coaches and I had a lot of friends who were coaches and that really appealed to me to stay in the athletic scene and help coach kids,” the 1981 Elysian Fields graduate recalls. “That’s what I always wanted to do.”

Before his coaching career began though, he took his playing career to the collegiate and professional levels.

“I went to Taft College in California,” Griffing said. “From there I went to Mesa College in Grand Junction, Colorado. I played football and baseball at both of those schools. I played running back in football and in baseball I was an outfielder and a first baseman.”

Griffing was a free agent before signing a deal with the Denver Broncos.

“I was there with them for two years and then I was a free agent with the Giants for a year,” he said. “I hurt my back and had to go into coaching a little sooner than I wanted to but it was a great experience.

“I was very fortunate to get a chance to play,” Griffing continued. “They took a chance on me. My rookie year was when they went on strike. Because of my injuries, I was on the injury reserve my time there but it was a good time. I learned a lot. It has really helped me in my coaching career, all the lessons that I learned. I had some really good coaches and I played with some very talented guys, and just by watching, listening and taking it all in, it put me ahead of a lot of people just because of what I learned during my experience there.”

One of those players he got to learn from was Pro Football Hall of Famer John Elway.

“He was obviously the quarterback of our team,” Griffing said of Elway. “He’s a great guy. He was awesome. He had such a strong arm and he was kind of an athletic quarterback before it was popular to be. He was a little more talented. A lot of people don’t know he played baseball with the Yankees.”

He also learned from then Broncos Head Coach Dan Reeves.

“He’s a great guy,” he added of Reeves. “We had a lot in common. He’s from a small town. He grew up in South Carolina, and I think he saw that we did have some stuff in common so he’d always take some extra time with me. He had a good demeanor with me. He didn’t get too mad at me.”

Griffing took lessons learned from there and eventually got his first coaching job at Spring Hill High School.

“I came back from Colorado and I needed a Texas certificate so I finished up at ETBU with Dr. Marie Franks,” he explained. “She had been a friend of our family for a long time and she was a professor there and she helped me straighten out and get a degree plan and helped me find my way. Spring Hill hired me for my first job.”

From Spring Hill, Griffing went to Duncanville, then South Lake Carroll before returning to East Texas to coach at Corsicana. He then took a job at Cypress Ridge before coaching at Converse Judson in San Antonio and finally took his first job in Katy at Cinco Ranch High School.

“I was there two years and the coach at Taylor was our defensive coordinator at Cinco Ranch and I went with him and our coach at Cinco was retiring, so it was a good time to cross the street basically. We’re only about five miles apart. So I went to Taylor and I love it there. It’s a good place to be. This is starting my third year at Taylor.”

Griffing said he’s been fortunate enough to work with and play for some great coaches from his time at Elysian Fields to now.

“I think one of the things that helped me was we really had good role models at my high school,” he said. “It’s helped me in today’s times. I went to school with guys who were white, black, Hispanic, and we went to school kindergarten through 12th grade together. We learned how to get along with one another. We might disagree but at the end of the day, we knew one another and we knew we all had good intentions and good hearts. I think that lesson has really carried me through. I’ve never lost sense of that and all the lessons that Coach Rhodes, my head coach, Coach Malone, those were coaches at Elysian Fields, and Coach Nickerson had a big influence on me. The lessons they taught me, I’m teaching today and other coaches are too.”

At the top of the list of lessons Griffing tries to teach is the importance of perseverance, believing in yourself and each other and having team chemistry.

“The Xs and Os are important in the strategy sense but getting kids to come and workout, give you everything they have, believing that you can show them the right direction and getting the kids to bond together as a team, I’ve had some teams where the locker room wasn’t very good,” he offered. “The chemistry wasn’t good. We were talented but we weren’t as successful as some of the teams like last year where we were talented but we were not the most talented group but they got on a roll because they played for one another and with one another and they believed in everything we were coaching and they just kind of took off. There’s definitely a difference. Good chemistry will beat bad chemistry every day.”

Griffing said he loves when his student athletes take those lessons to heart and apply them off the field.

“Watching kids grow from the time I first meet them to the time they graduate, and also watching them after they graduate and go through their career and grow to be young men,” he said when asked what’s the most rewarding part of coaching is.

Throughout all his stops, whether playing or coaching, Griffing hasn’t forgotten his roots.

“Elysian Fields is a good place,” he said. “I always call it home.”

■ Editor’s Note: this is the second installment of an occasional series. Please send topic suggestions to nhague@marshallnewsmessenger.com