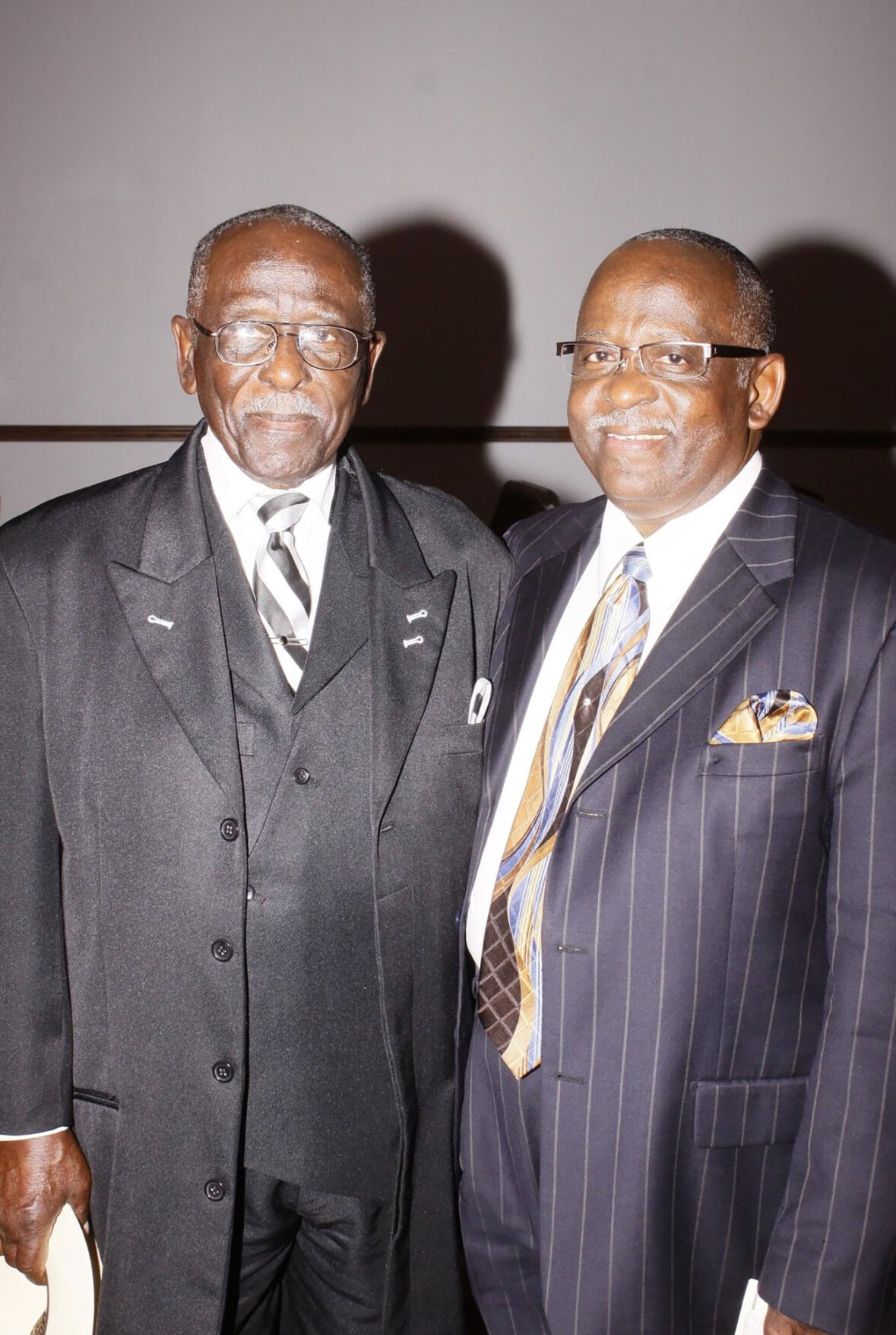 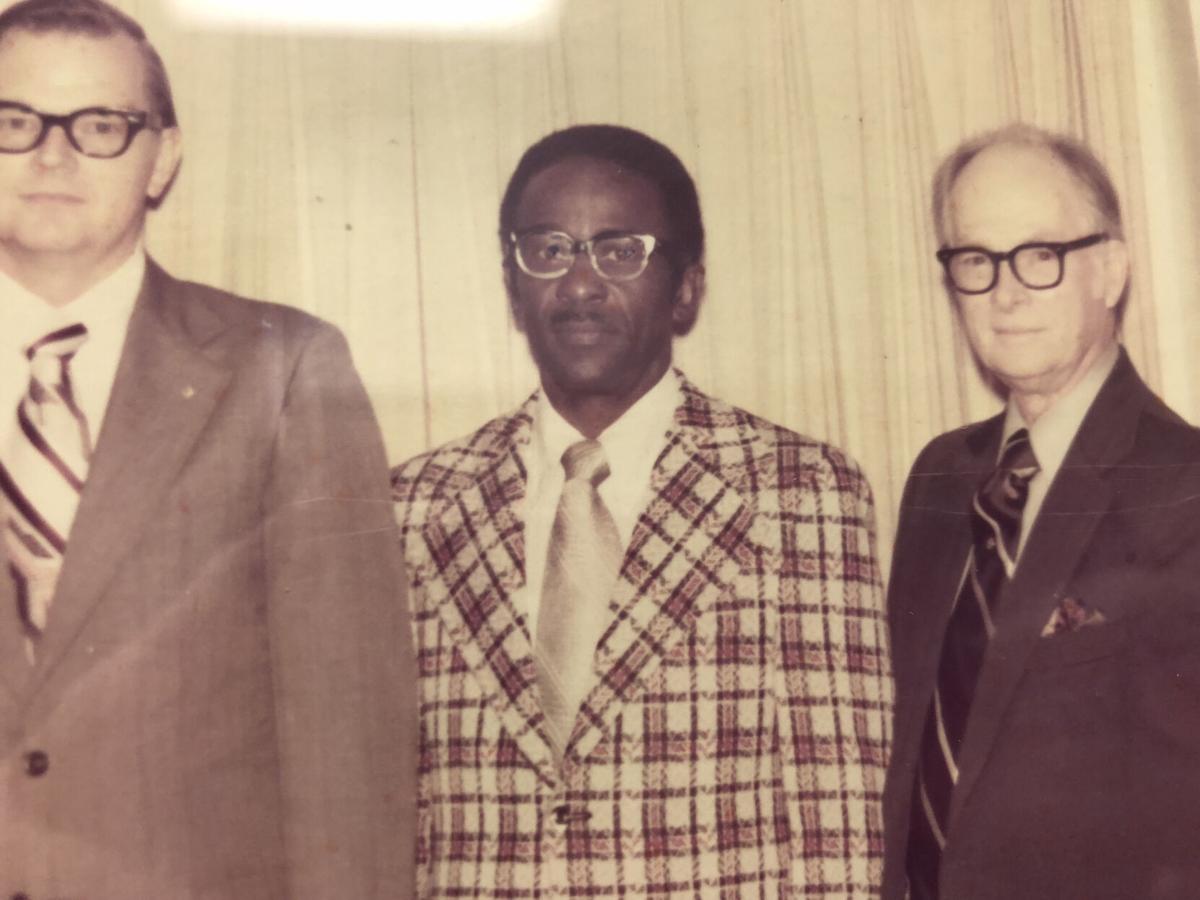 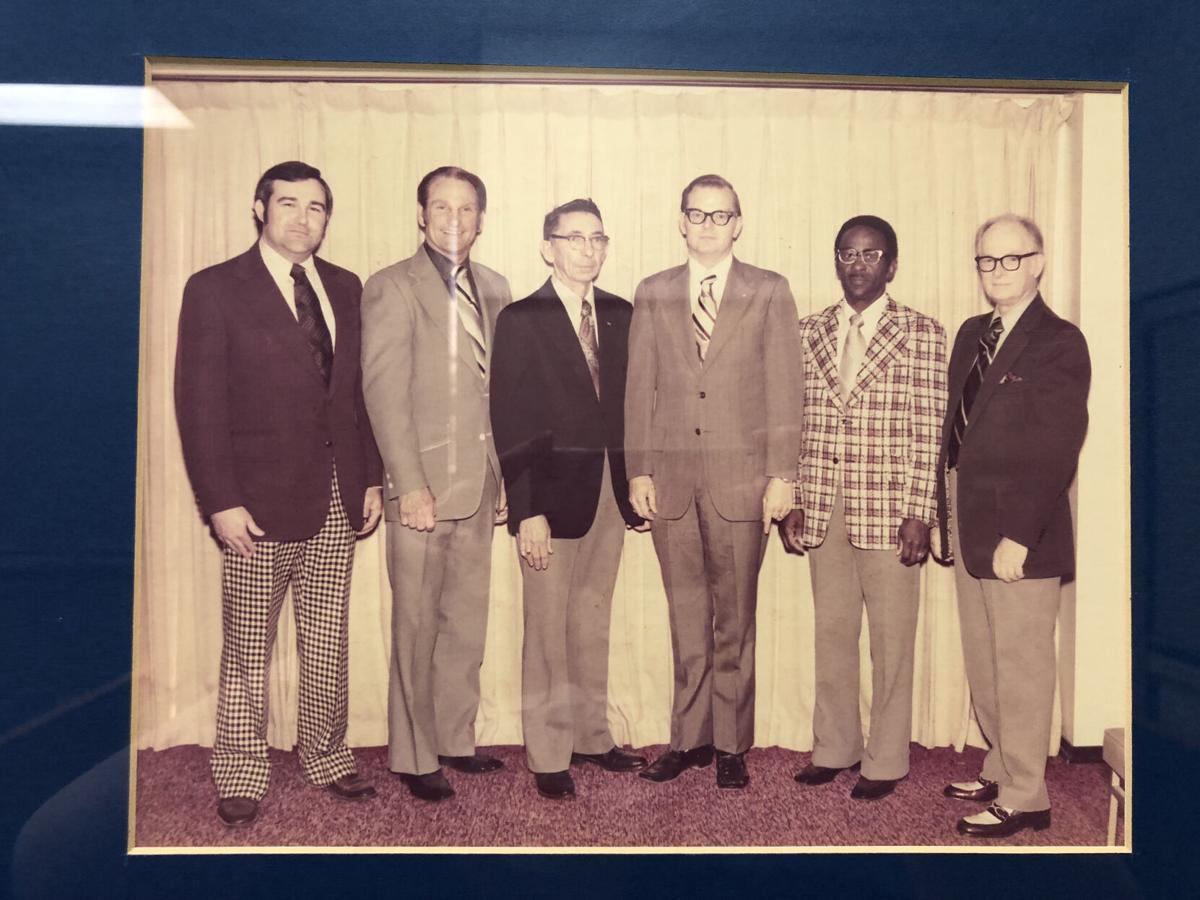 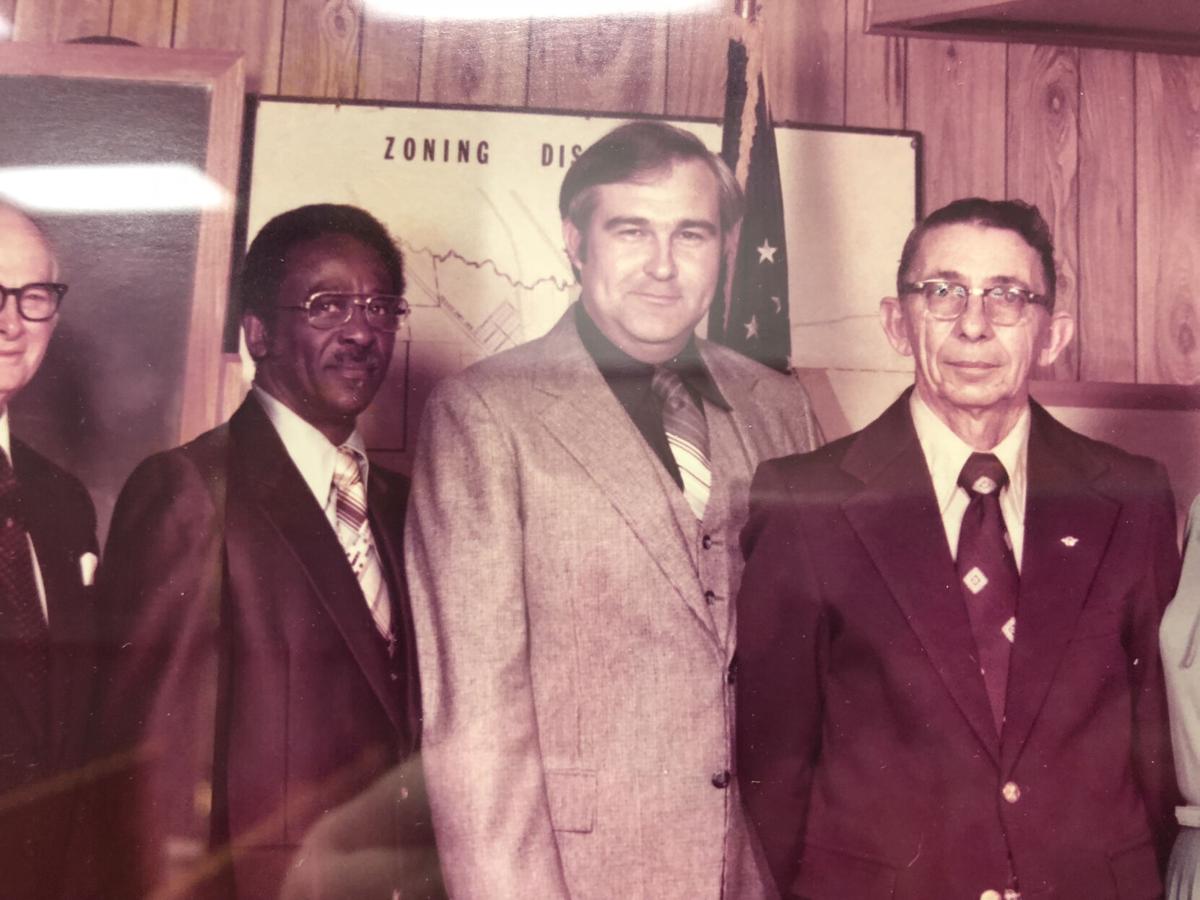 This political ad for James H. Wall Sr.’s campaign for Carthage City Commissioner ran in the March 22 1973 issue of The Panola Watchman. “But this is my desire: To help and serve all the citizens of Panola County,” Wall stated in the ad. 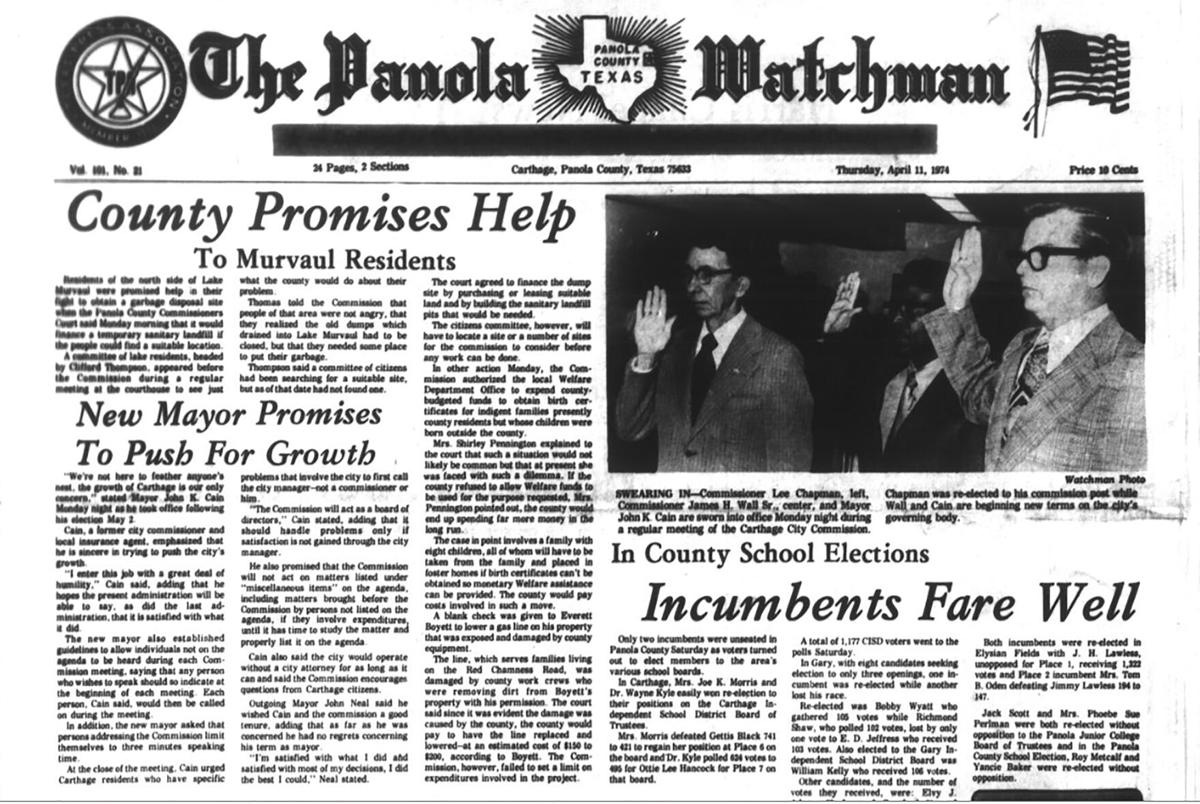 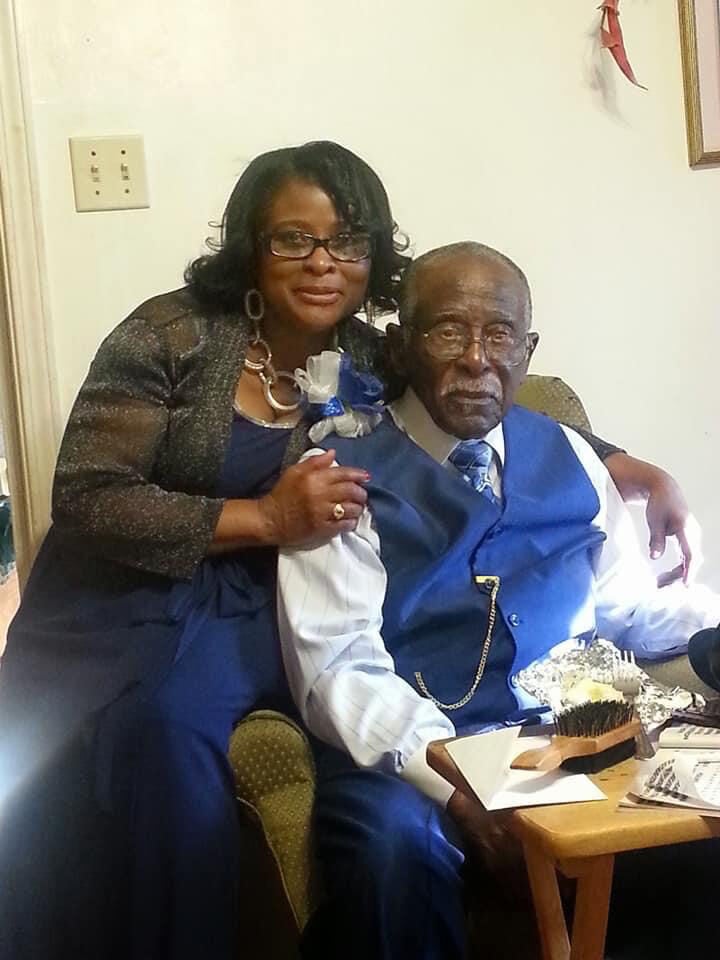 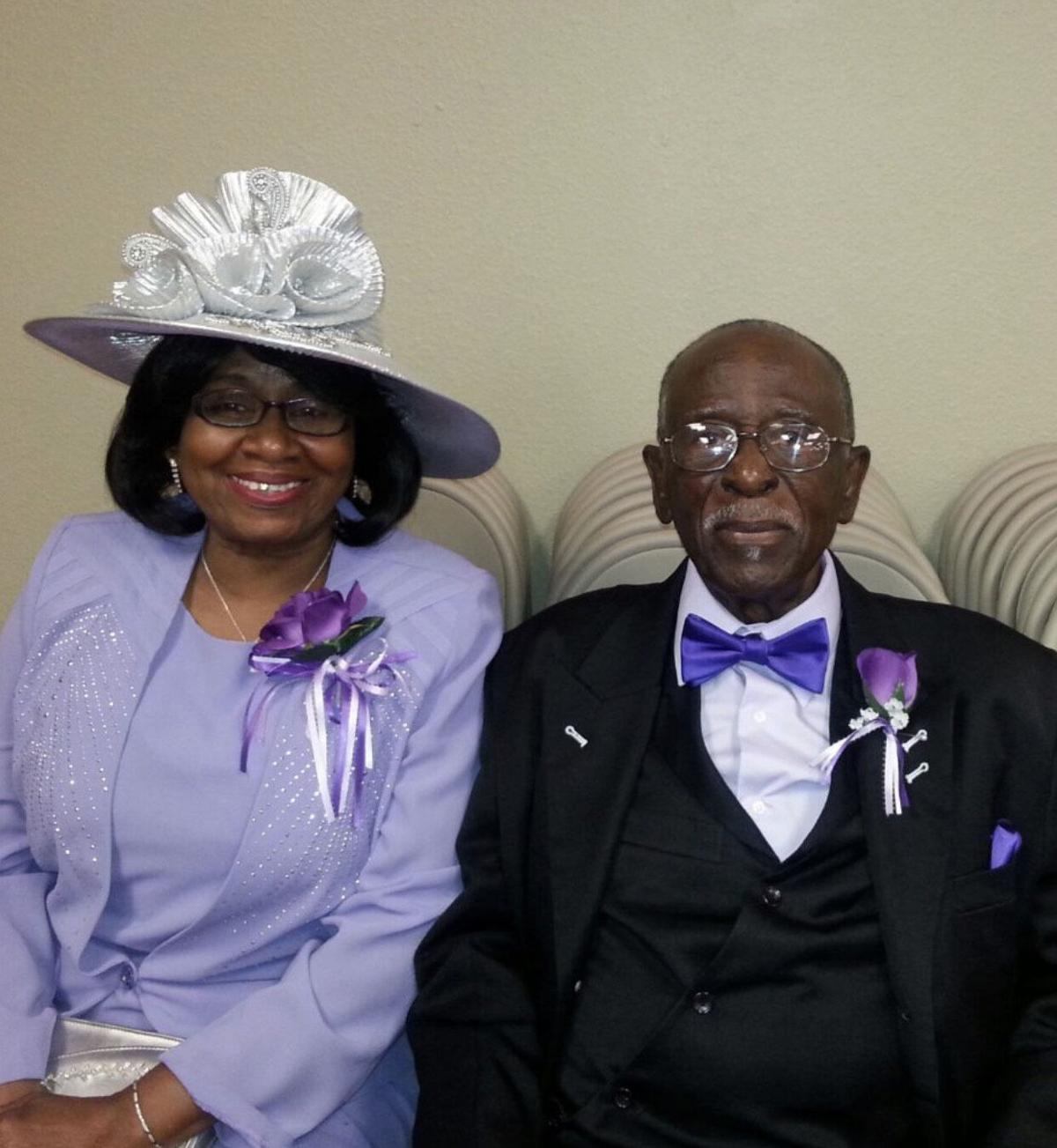 Above and below: James. H. Wall Sr leaves behind a large family and a legacy of breaking down barriers. See more photos online at panolawatchman.com. 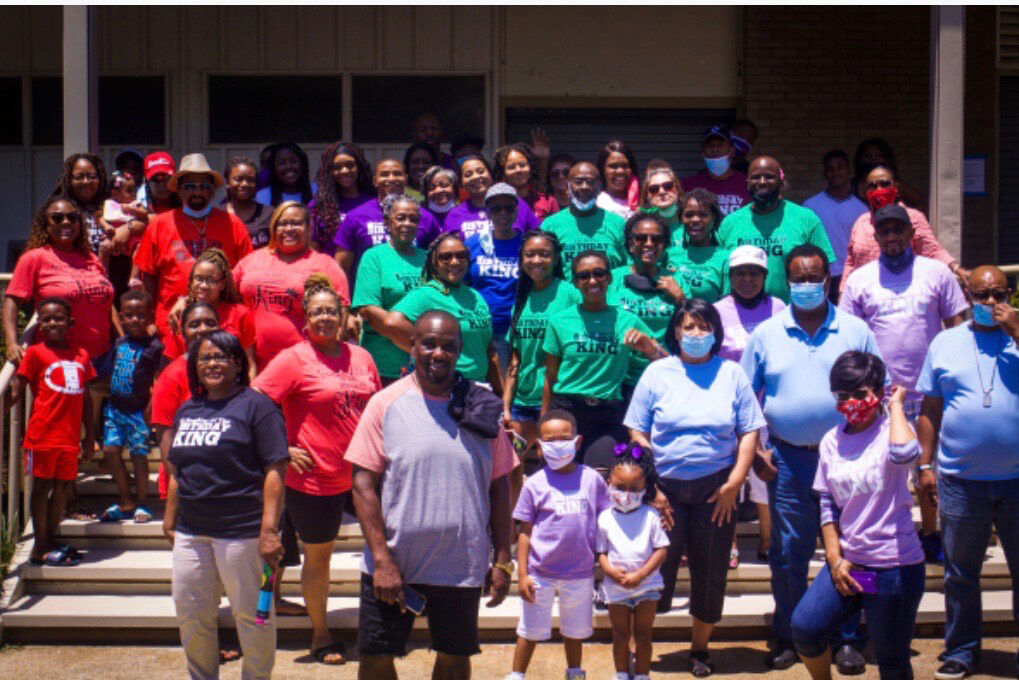 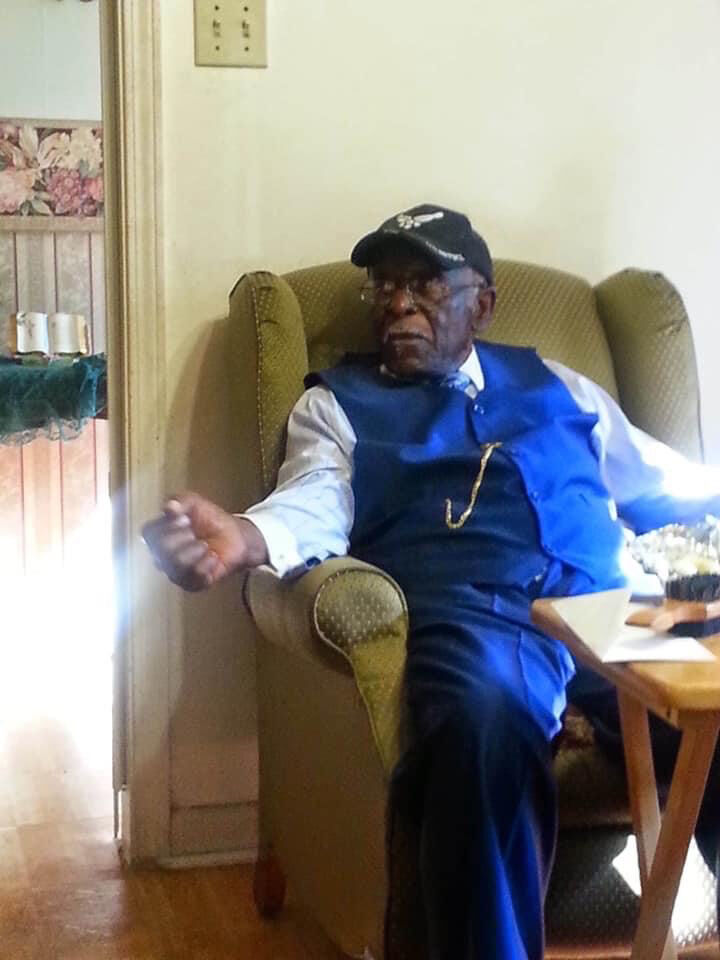 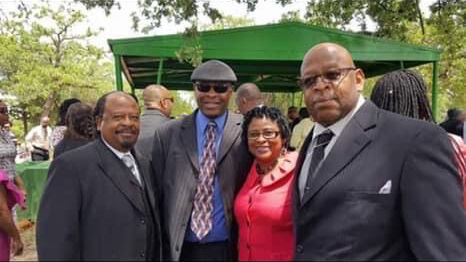 This political ad for James H. Wall Sr.’s campaign for Carthage City Commissioner ran in the March 22 1973 issue of The Panola Watchman. “But this is my desire: To help and serve all the citizens of Panola County,” Wall stated in the ad.

Above and below: James. H. Wall Sr leaves behind a large family and a legacy of breaking down barriers. See more photos online at panolawatchman.com.

“I’ve always liked politics and history and things of that nature, and to see him do that was a great inspiration to me,” Wall Jr. said. “Getting out there and breaking some barriers and just showing the community that there is intelligence within the Black community and that the Black community does have something to offer and can offer. It was just thrilling to see him get in there and break the ground for us.”

Wall Sr. graduated in May 1944 and enlisted in the U.S. Air Force to fight during the final years of World War II. After serving for two years, he was honorably discharged and attended Bishop College in Marshall, where he earned his bachelor’s degree in education.

He taught school in Minden before become head teacher at his alma mater Pleasant Hill. He became principal at the New Salem School in the Shady Grove Community in 1954, and then principal at Southside Elementary when Pleasant Hill and New Salem Schools were consolidated into one school in 1955. Wall Sr. earned his master’s degree in education in August 1956 from Bishop College, and in 1968 he became principal at Westside Elementary School in Holland’s Quarters.

It was when Carthage ISD came under a federal court order to desegregate its schools in 1970 that Wall Sr. became assistant principal at Baker-Koonce Elementary, and then in 1977 he became the first Black principal in Carthage when he took over the Baker-Koonce principal job. He remained principal at the school until May 1980.

Sharon Roberson-Jones, executive director of Excellent TEEN Choice, remembers Wall Sr. being her principal when she was in the fifth grade. She said that he knew just about everyone in the community. He would always make it a point to wish students happy birthday and to ask about their well-being.

“When he asked me to follow him to his office, I knew I was in trouble,” she said. “Some 40 plus years later, I recall the conversation as if it was yesterday. ‘I know both of your parents, and your older brothers and sisters. Do you know why you are here?’ I knew, but didn’t understand why. He continued, ‘You should be going to straight to class; instead, you were watching a fight. That’s why you’re here.’ No matter how I tried to reason with him, I still got my three licks. Did it hurt? Yes! The hurt was more to my ego than the actual paddling. Often times, children don’t appreciate when adults give discipline and/or advise. A life lesson was taught at that point —just keep walking to class. That may be the very reason why I’m a timely person today.”

Roberson-Jones said that she saw the sensitive side to Wall Sr. too, and she didn’t fear him like some children may fear their principal. You did have to stay on your toes though — him being both pastor and principal meant double, she said.

“He wanted everyone to excel in whatever they pursued. If you saw him at church he would ask you ‘how are your grades?’ and he’d ask you how your parents are doing. He was very much involved,” Roberson-Jones said. “He was visible in the community when I was growing up... My last conversation with him was at the Black History awards ceremony at Carthage Junior High. I took more joy in seeing students, educators and the audience give him three standing ovations for all of his accomplishments. He will be missed by many because he truly was a man of kindness, discipline and integrity.”

Wall Sr. was the first Black citizen to run for and then win a seat on the Carthage City Commission in 1974. He also ran for Panola County commissioner, but lost by 18 votes.

Charles Thomas was city manager during Wall Sr.’s time on the Carthage City Commission and described him as a dedicated public servant.

“He always loved to get both sides of every story and he was as fair a guy as I ever met,” Thomas said. “It was really a pleasure to work with him.”

Carthage Mayor Pro Tem Ida Beck said she knew Wall Sr. for a number of years and saw him as a kind and compassionate friend, pastor, principal and teacher.

“He was just a good man,” Beck said. “He served the city for a number of years, and I think everybody was well pleased with him there. He went on to move to Longview. He was a member of the church that I belonged to, and he worked in the church good. He started preaching matter-of-fact while he was in my church, and he was just an all over good man.”

Wall Sr. was father to 10, grandfather to 68, great-grandfather to 201 and great great-grandfather to 39. He married Nelson Beatrice Hurd in 1947 and their first child, James Wall Jr., was born in Dec. 1948. After his wife died in 1999, Wall, married Lee Esther Craig. Wall Jr. said the family was very thankful for what Lee did for him in taking care of him.

“My dad and I had a great relationship,” Wall Jr. said. “We worked together down through the years, and he’d always say with me, if you want anything done right, let James do it because he’s going to take his time and he’s going to do it right. But he always said if you want anything done fast and don’t care how it’s done, Ronnie will get it done. And that was the two things he always said about us. But we had a good relationship with our dad.

“As boys, we worked with him in the hay field. We hauled a lot of hay around Panola County, and he bought each one of us a truck,” Wall Jr. said. “He had five boys and five girls, he bought us a truck, and we all took our trucks, and he got out in the hay fields during the summer, and if the hay was light, the trucks could put you in a thousand bales a day, but he taught us to work, and we were workers.”

After he grew up, Wall Jr. worked with his father in the church. Together they organized New Jerusalem Missionary Baptist Church in Longview.

“We purchased the land for that church in May of 1987, and by March of 1988 the Lord had blessed us to have a 7,000 square foot building erected, and that building is right there on Martin Luther King Boulevard still there today, and my brother Carlton Wall is pastoring that church at this time,” he said. “But Daddy was the organizing pastor and saw us through that. We were trying to build the church right after we had organized, and we went through some lending companies here in Longview, banks, and they refused us because we had just gotten organized, but we went came back to Carthage where home was and where Dad was well known.”

A bank in Carthage financed the church for them, and that’s how they got it off the ground.

“That was really interesting in how the Lord worked with us on the building,” Wall Jr. said. “Now the building’s all paid off and everything. He did that during his administration and left the church in good hands, and the church is still thriving.”

Wall Jr. said his father would be greatly missed, but he recalled a sermon his father did based off the old saying “Old soldiers never die; they simply fade away.”

“He did a sermon with that, and that’s just kind of what came to my mind as he died,” Wall Jr. said. “He was an old soldier. He was a World War II veteran, and he didn’t just die. He just kind of faded away in time with us. That’s kind of the way I look at it. He kind of in a sense made sure that we all were pretty much fixed for life, that our mental capabilities were intact and where they should be and able to move on. And I think the nine of us are still living, we can pretty much move on.

“He left his legacy, and he left things for us to go on, and I’m speaking of our mental capabilities especially, to grow on, and to continue and pass it on to our children.”