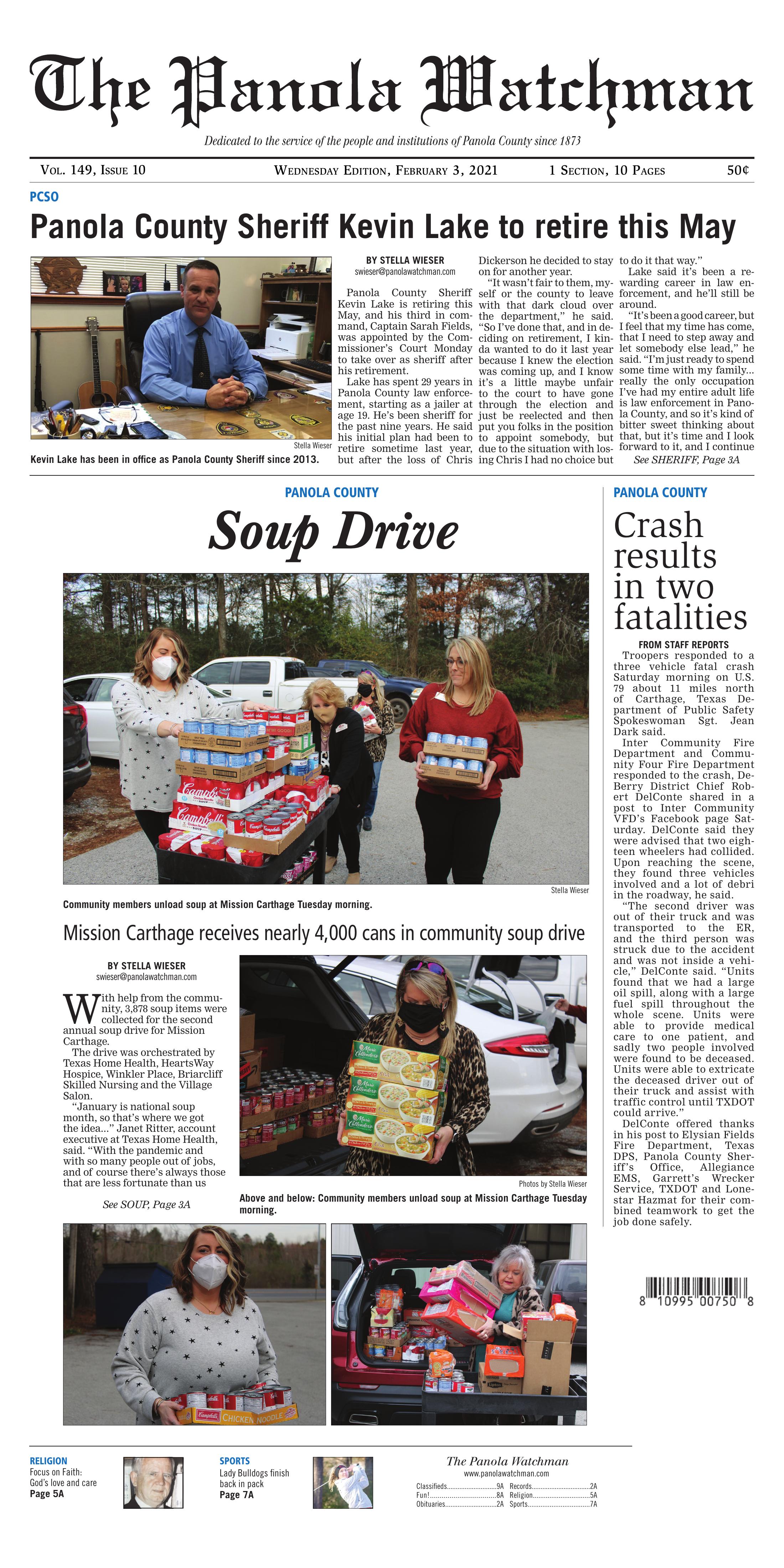 Panola County Sheriff Kevin Lake is retiring this May, and his third in command, Captain Sarah Fields, was appointed by the Commissioner’s Court Monday to take over as sheriff after his retirement.

Lake has spent 29 years in Panola County law enforcement, starting as a jailer at age 19. He’s been sheriff for the past nine years. He said his initial plan had been to retire sometime last year, but after the loss of Chris Dickerson he decided to stay on for another year.

“It wasn’t fair to them, myself or the county to leave with that dark cloud over the department,” he said. “So I’ve done that, and in deciding on retirement, I kinda wanted to do it last year because I knew the election was coming up, and I know it’s a little maybe unfair to the court to have gone through the election and just be reelected and then put you folks in the position to appoint somebody, but due to the situation with losing Chris I had no choice but to do it that way.”

Lake said it’s been a rewarding career in law enforcement, and he’ll still be around.

“It’s been a good career, but I feel that my time has come, that I need to step away and let somebody else lead,” he said. “I’m just ready to spend some time with my family... really the only occupation I’ve had my entire adult life is law enforcement in Panola County, and so it’s kind of bitter sweet thinking about that, but it’s time and I look forward to it, and I continue to still maintain my peace officer license and be active in law enforcement in Panola County by working as a reserve constable for Constable Bryan Murff, so I’ll still be in and around and kind of on the scene.”

Lake recommended Captain Sarah Fields to be appointed sheriff after his retirement. She will be the second female sheriff in Panola County. The first was Juanita Hunt, who was appointed as sheriff in September 1956 to finish her husband Glen Hunt’s term after his death. She served until December of 1956.

“Sarah’s had the opportunity to work in or with every division of our department over those last 30 years,” Lake said. “I feel that the leader of the department needs to know how those departments and those divisions operate. She knows that. I also think that the leader of the department needs to be somebody that’s not only respected by the community but respected by the staff, and I can’t think of anybody better that’s as respected by the staff as Sarah Fields, and I also know she’s respected in this community because of the work that she has done with so many families working through tragedies in her investigative career as well as working with the children that have been victims in crimes as well for many many years...

“This last summer I was out with some medical issues for about two months, and Sarah stepped up to the plate, and she and Chief Ivy I think lead the office flawlessly, and so that just secures to me that I would recommend to the court that you consider the appointment of Captain Sarah Fields to fulfil the position of Sheriff from my retirement on May 14 through what would have to be a special election to take place at midterm, for her to fulfil those duties, and then if she so chooses to run for that position then, then that’s her privilege to do that as well as anybody else’s in the community that wants to run for that position at that time, and the people will have their voice.”

Lake said it’s hard to believe he’s been where he is so long.

“Y’know starting a career as early as I did, a lot of people say ‘well why are you retiring so early in life?’ I’ll be 49-years-old this year, and I feel it’s kind of an accomplishment to be able to retire at 49-years-old,” he said. “But 30 of the 49 years I’ve been alive, I’ve been here at the Sheriff’s Office, and it’s been a great time, a great place. It’s been rewarding. We’ve had lots of good times, and we’ve had some bad times, but I couldn’t ask for better people to go through the bad times to see the good times again, and this community’s been so supportive of not only myself in law enforcement, but law enforcement in general, and I couldn’t think of a greater place to work or to retire from.”

Above and below: Community members unload soup at Mission Carthage Tuesday morning.

Representatives from Texas Home Health, HeartsWay Hospice, Winkler Place, Briarcliff Skilled Nursing and the Village Salon pose with the soup they brought in for Mission Carthage.

With help from the community, 3,878 soup items were collected for the second annual soup drive for Mission Carthage.

“January is national soup month, so that’s where we got the idea...” Janet Ritter, account executive at Texas Home Health, said. “With the pandemic and with so many people out of jobs, and of course there’s always those that are less fortunate than us who need food, so we thought this is a way to give back to the community. After the first of the year, after the holidays Mission Carthage resources are pretty low, so this is kind of a way to boost them back at the beginning of the year.”

Last year they collected 800 cans, and the goal for this year was 1,500. With community help, that goal was not only reached, but more than doubled.

“And we also want to say a huge thank you to everybody in the community, because we had so many places that were taking up collections for us,” said Shona Guenther, director of marketing and admission at Briarcliff Skilled Nursing.

“The second driver was out of their truck and was transported to the ER, and the third person was struck due to the accident and was not inside a vehicle,” DelConte said. “Units found that we had a large oil spill, along with a large fuel spill throughout the whole scene. Units were able to provide medical care to one patient, and sadly two people involved were found to be deceased. Units were able to extricate the deceased driver out of their truck and assist with traffic control until TXDOT could arrive.” 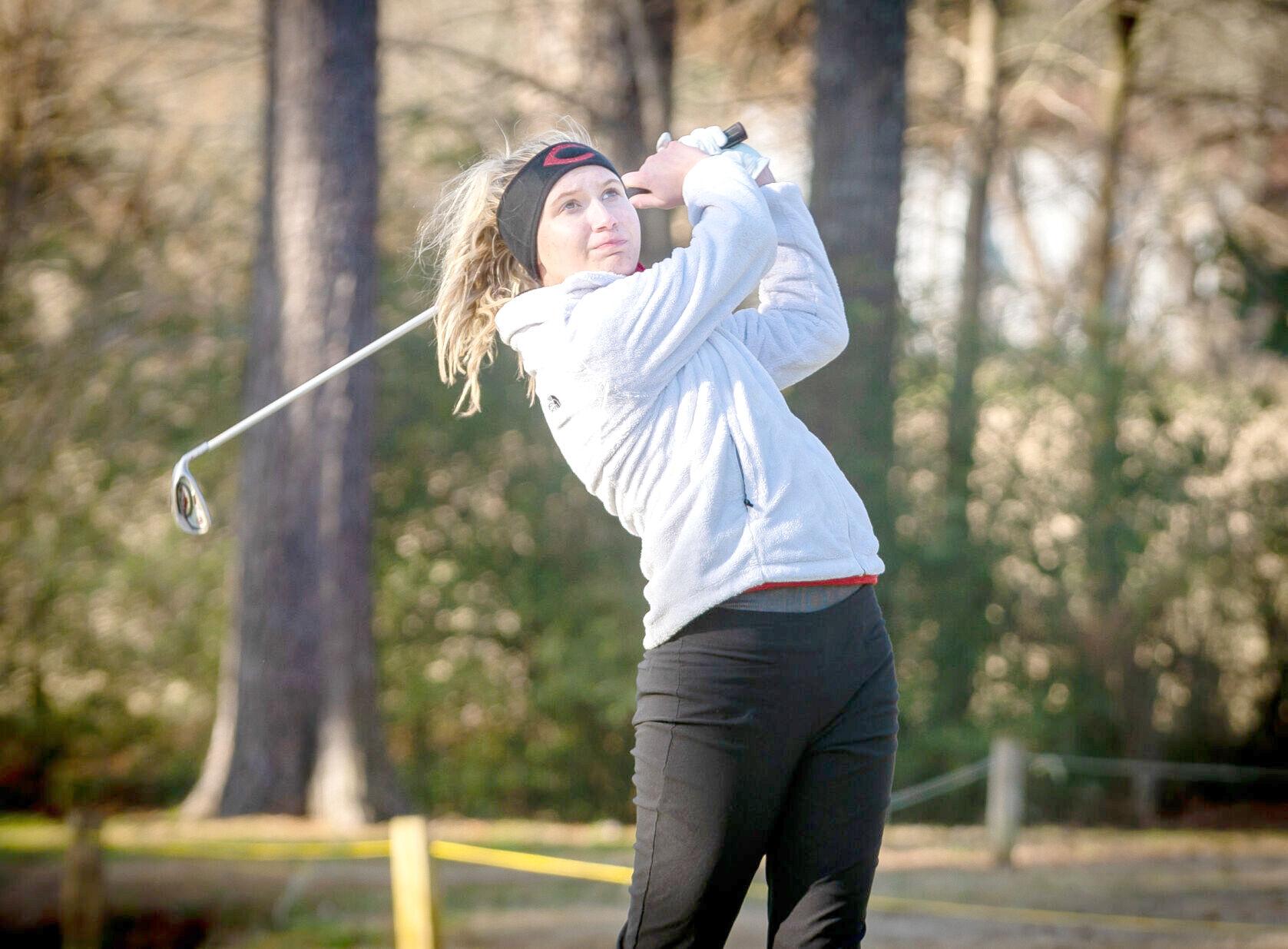