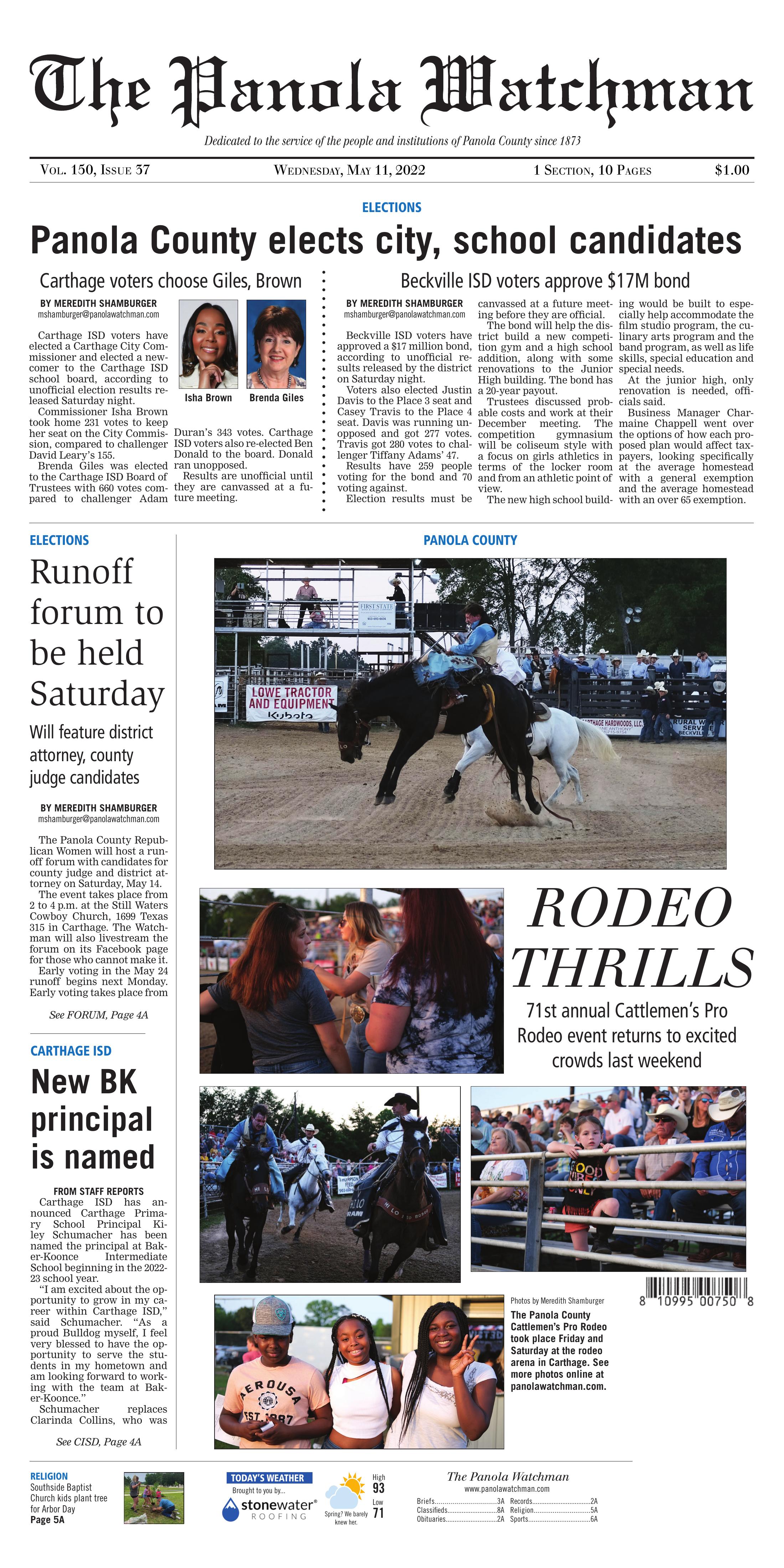 Beckville ISD voters have approved a $17 million bond, according to unofficial results released by the district on Saturday night.

Voters also elected Justin Davis to the Place 3 seat and Casey Travis to the Place 4 seat. Davis was running unopposed and got 277 votes. Travis got 280 votes to challenger Tiffany Adams’ 47.

Results have 259 people voting for the bond and 70 voting against.

Election results must be canvassed at a future meeting before they are official.

The bond will help the district build a new competition gym and a high school addition, along with some renovations to the Junior High building. The bond has a 20-year payout.

Trustees discussed probable costs and work at their December meeting. The competition gymnasium will be coliseum style with a focus on girls athletics in terms of the locker room and from an athletic point of view.

The new high school building would be built to especially help accommodate the film studio program, the culinary arts program and the band program, as well as life skills, special education and special needs.

At the junior high, only renovation is needed, officials said.

Beckville ISD voters will decide a $17 million bond referendum on the ballot this May.

Two places are up for election on Beckville ISD’s school board race this May. Justin Davis is running unopposed for Place 3, and incumbent Cas… 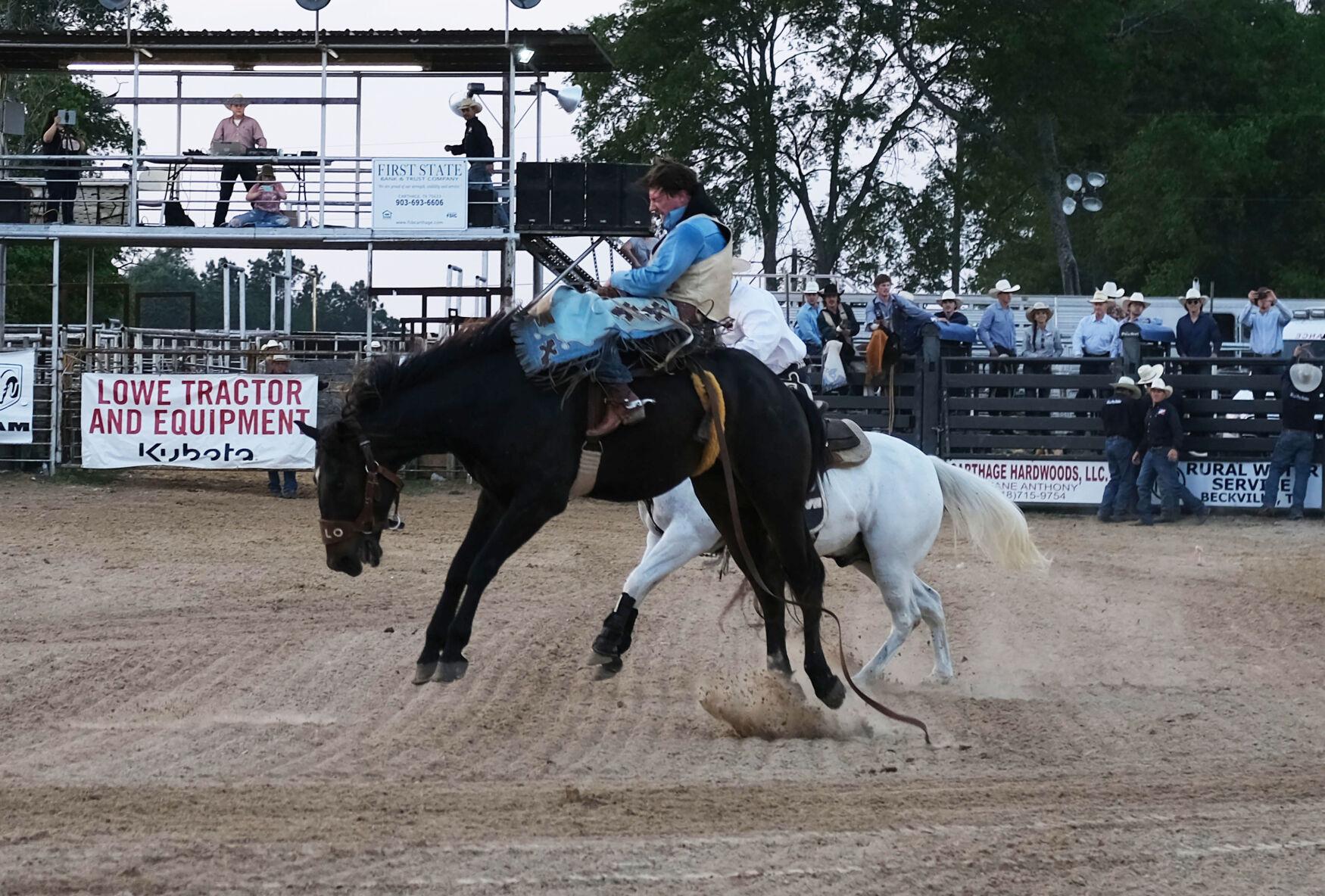 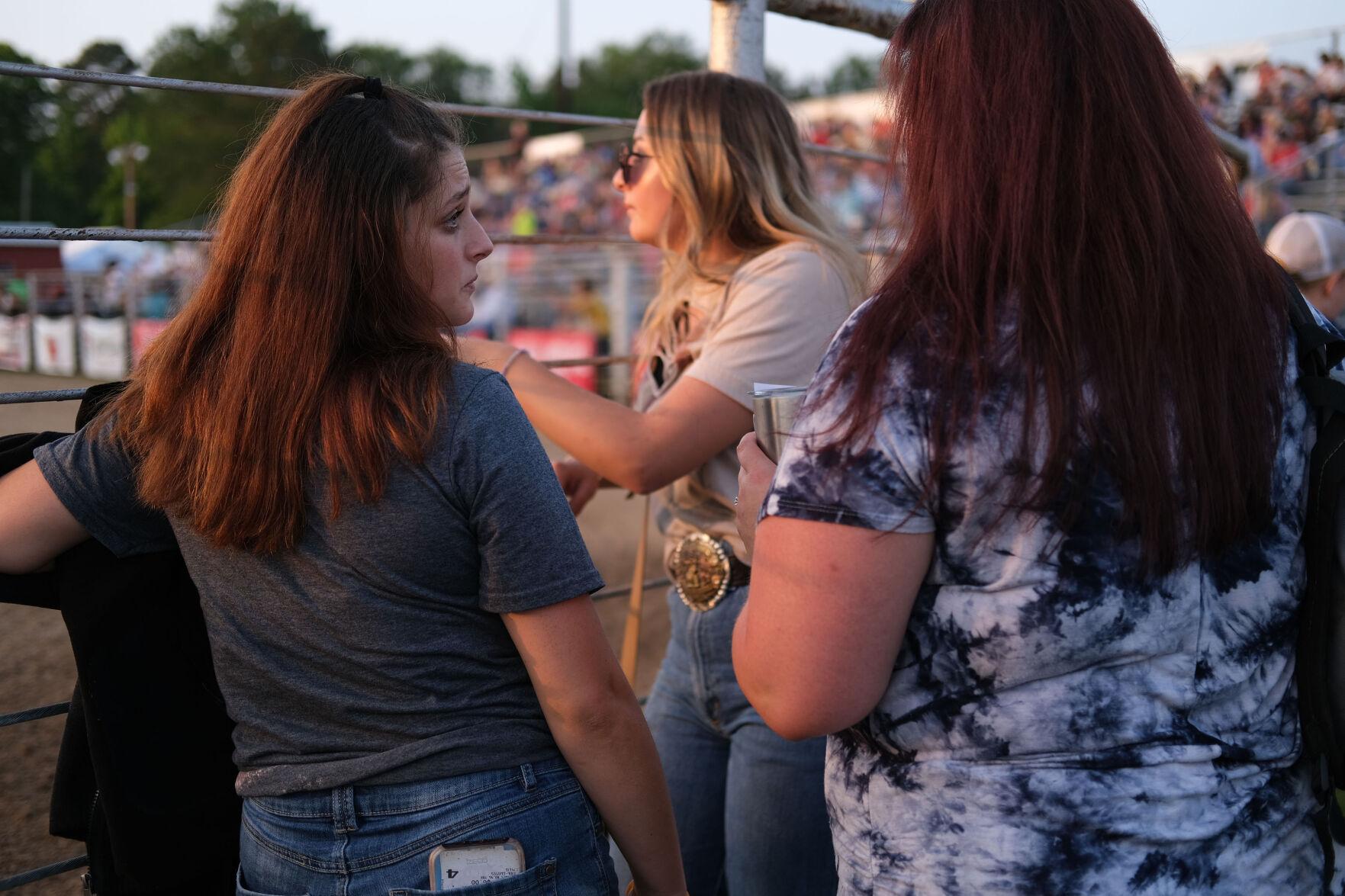 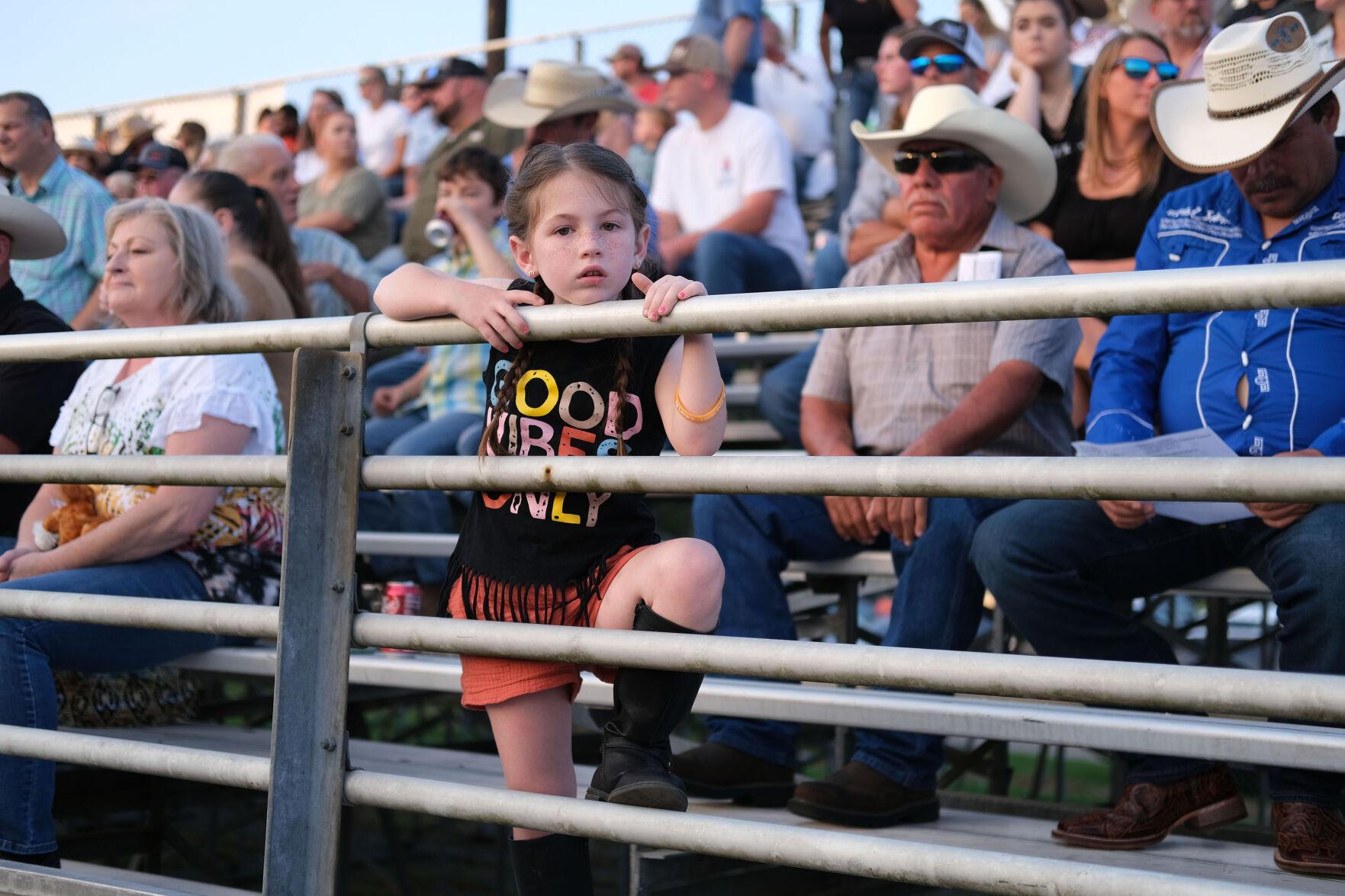 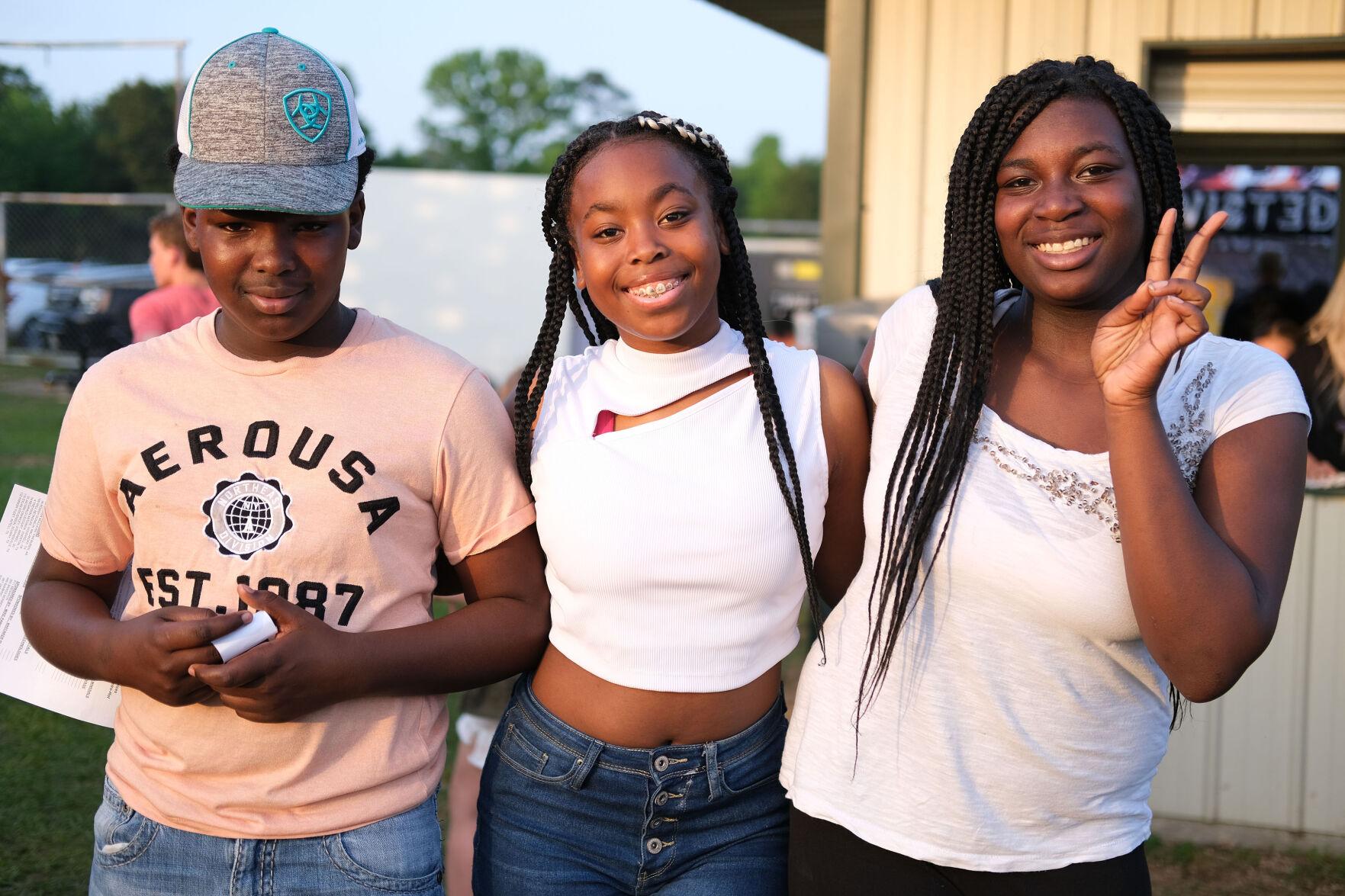 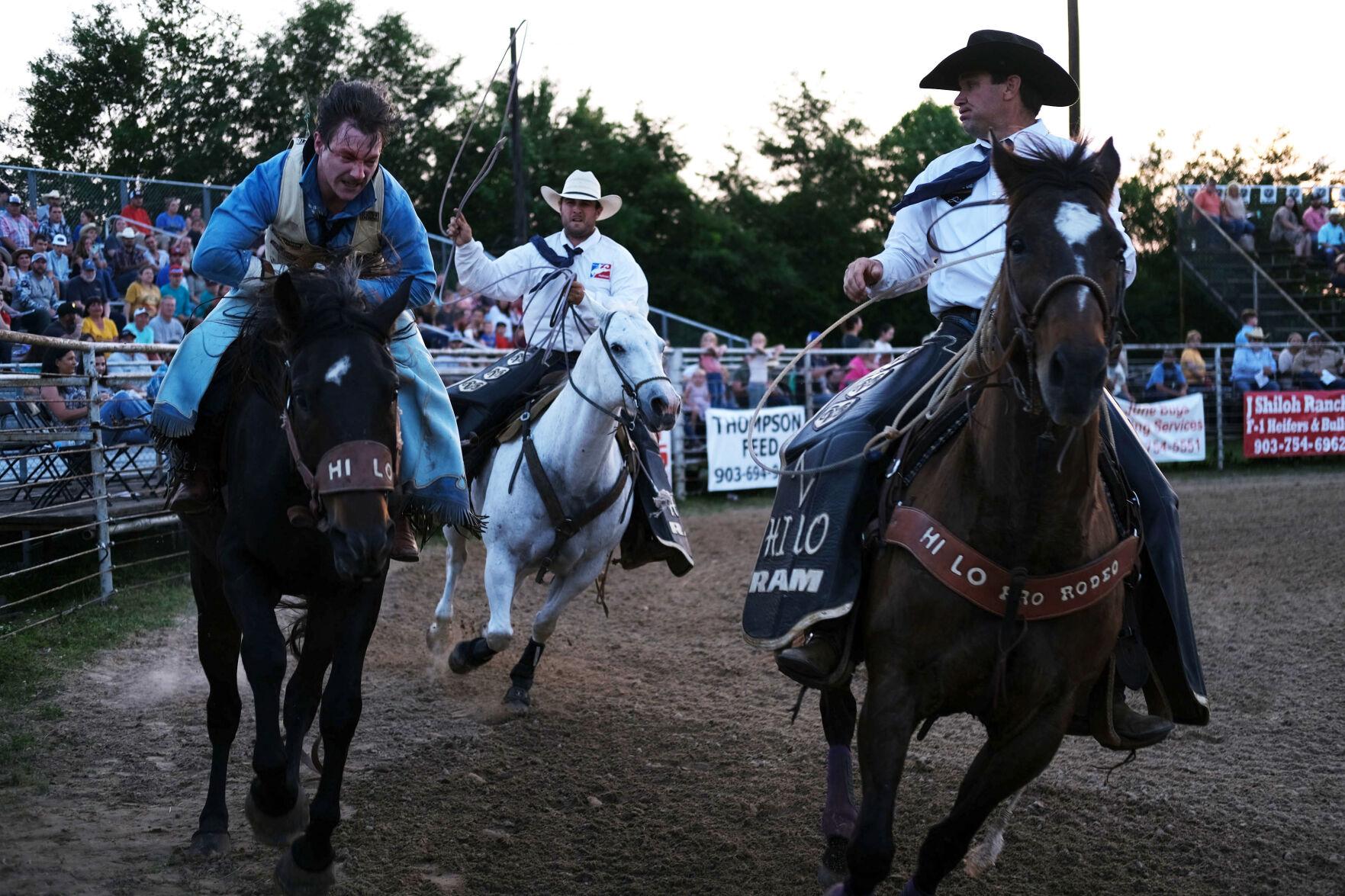 Carthage ISD voters have elected a Carthage City Commissioner and elected a newcomer to the Carthage ISD school board, according to unofficial election results released Saturday night.

Brenda Giles was elected to the Carthage ISD Board of Trustees with 660 votes compared to challenger Adam Duran’s 343 votes. Carthage ISD voters also re-elected Ben Donald to the board. Donald ran unopposed.

Results are unofficial until they are canvassed at a future meeting.

Runoff elections will be held for County Judge, with candidates Rodger G. McLane and Paul Beatty, and District Attorney, with Danny Buck Davidson and Tim Cariker.

The Panola County Republican Women will host a runoff forum with candidates for county judge and district attorney on Saturday, May 14.

The event takes place from 2 to 4 p.m. at the Still Waters Cowboy Church, 1699 Texas 315 in Carthage. The Watchman will also livestream the forum on its Facebook page for those who cannot make it.

Early voting in the May 24 runoff begins next Monday. Early voting takes place from 8 a.m. to 5 p.m. May 16-20 at the Panola County courthouse. Election Day voting is from 7 a.m. to 7 p.m. at individual polling locations.

Who’s on the Ballot?

No one candidate in either the county judge or DA election garnered more than 50 percent of the vote in the March Republican primary. No Democrat filed to run for either office, so the winner of the Republican runoff election will take office.

Leading in the race for county judge was Paul Beatty, with 1,630 votes or 32.23 percent. Beatty will face Rodger G. McLane, who garnered the second highest number of votes with 1,581 or 31.26 percent, in the runoff election.

McLane is a Panola County native whose family ties in the area go back to 1835, when his fourth great-grandfather was granted land in Deadwood by the Republic of Texas. McLane grew up in Deadwood, graduating from Carthage High School, Panola College and Stephen F. Austin State University before earning a law degree from the Mississippi College School of Law.

You can read more about McLane here.

Beatty graduated from Carthage High School and Panola College before earning a criminal justice degree from Sam Houston State University. He previously worked in law enforcement in Panola County for about eight years under former Panola County Sheriff Jack Ellett and served as a narcotics SWAT commander before leaving the profession in 1993 to start his own business.

Beatty’s built six different companies from the ground up and also works as a real estate developer, buying and developing properties such as the site that houses Taco Bell and Panda Express, as well as residential properties.

Paul is married, with two girls — a freshman in high school and a freshman in college. Outside of work, he attends First Baptist Church, serves with the Lions Club and heritage society. He is an ambassador with the Panola County Chamber of Commerce, serves with the Carthage ISD Education Foundation and the Carthage ISD Athletic Booster Club. He is on the City of Carthage’s building standards board.

He’s also a school board member for Carthage ISD, where he notes he runs a $35 million budget with the rest of the board.

You can read more about Beatty here.

District Attorney Danny Buck Davidson took home the most votes in the March election for DA with 2,472 or 48.95 percent, but it was about two points shy of the 50 percent plus one threshold to avoid a runoff election. He’ll face challenger Tim Cariker. Cariker got 1,491 votes or 29.52 percent.

Davidson is a graduate of Beckville High School, Kilgore College and UT Arlington. He earned his law degree from Baylor University and was admitted as a member of the State Bar of Texas in 1974.

When he first returned to Panola County after law school, Davidson ran for county judge and was elected twice. He served five years in that role before moving to the banking industry and working with a credit union and First National Bank. He then ran his own private practice before running for district attorney. He has held the position for several terms.

You can read more about Davidson here.

Tim Cariker grew up in Longview, graduating from Pine Tree High School and Texas A&M University before going into the horticulture business. After selling out his garden center business, Cariker decided to go to law school, first at the South Texas College of Law and later for a master’s of law degree, Southern Methodist University. He was licensed with the State Bar of Texas in 1999.

Cariker has served as an adjunct professor and currently is in private practice in Marshall. He has also served as a prosecutor, at various times in Upshur, Harrison and Panola counties, as well as a year stint in a multi-county district in South Texas He is currently the public defender in Marion County.

You can read more about Cariker here.

“I am excited about the opportunity to grow in my career within Carthage ISD,” said Schumacher. “As a proud Bulldog myself, I feel very blessed to have the opportunity to serve the students in my hometown and am looking forward to working with the team at Baker-Koonce.”

Schumacher replaces Clarinda Collins, who was principal for the past four years and is joining the administrative team at Carthage High School.

Schumacher has been principal at Carthage Primary since 2009. She is a 1996 graduate of Carthage High School, earned her associate’s degree from Panola College and a bachelor’s degree, master’s degree and superintendent certificate from the University of Texas at Tyler. She is working on a doctorate at Stephen F. Austin State University.

Schumacher began her career in education in 2000 as an elementary teacher in Tyler ISD. She has classroom teaching experience at both the elementary and secondary levels, and began her administrative career in 2005 with Carthage ISD.

Schumacher has been married to her high school sweetheart Shawn for 22 years. They have four children, Si Lane, Zane, Eli and Eden.

Click and hold your mouse button on the page to select the area you wish to save or print. You can click and drag the clipping box to move it or click and drag in the bottom right corner to resize it. When you're happy with your selection, click the checkmark icon next to the clipping area to continue.