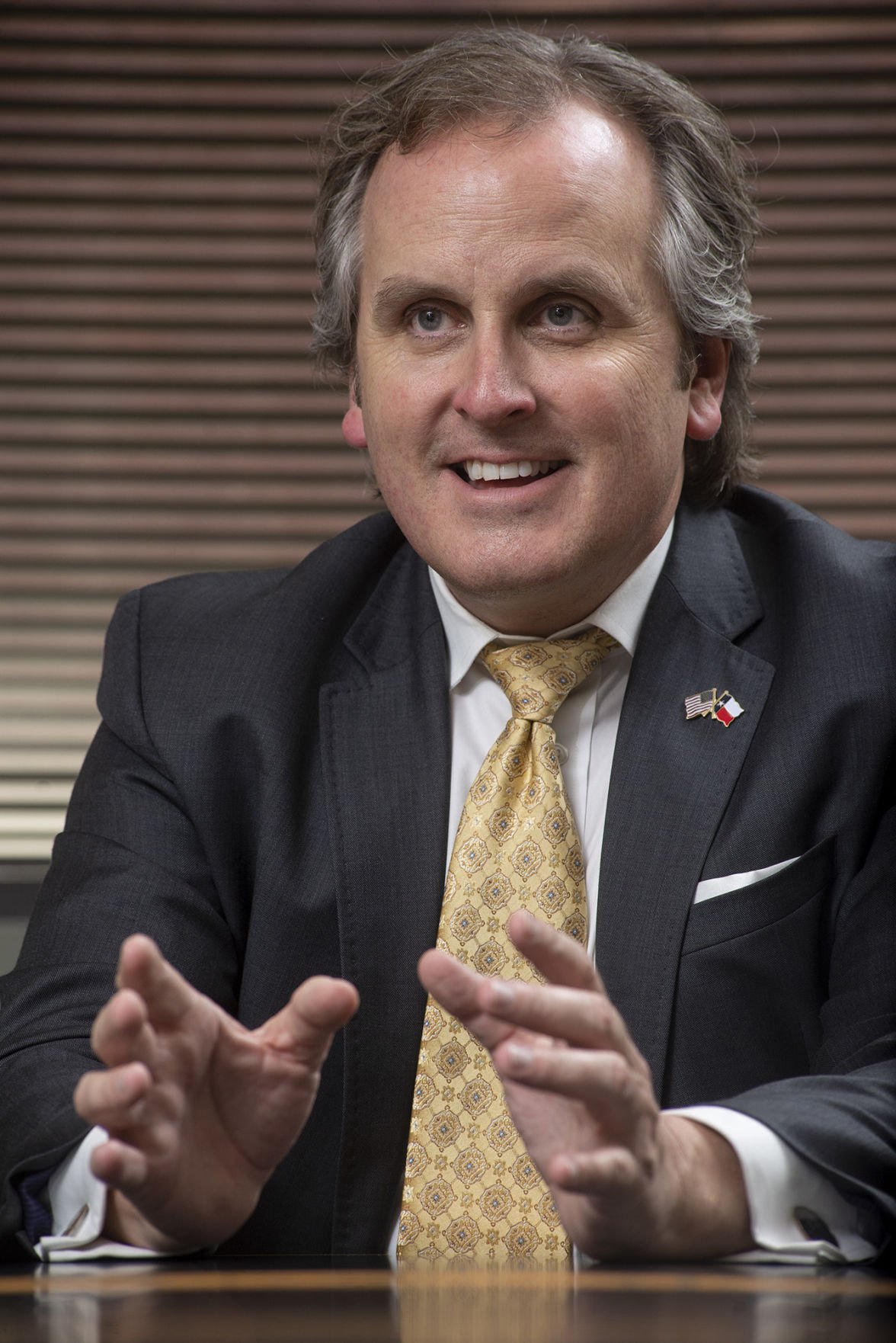 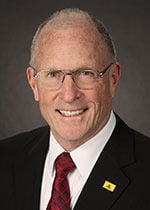 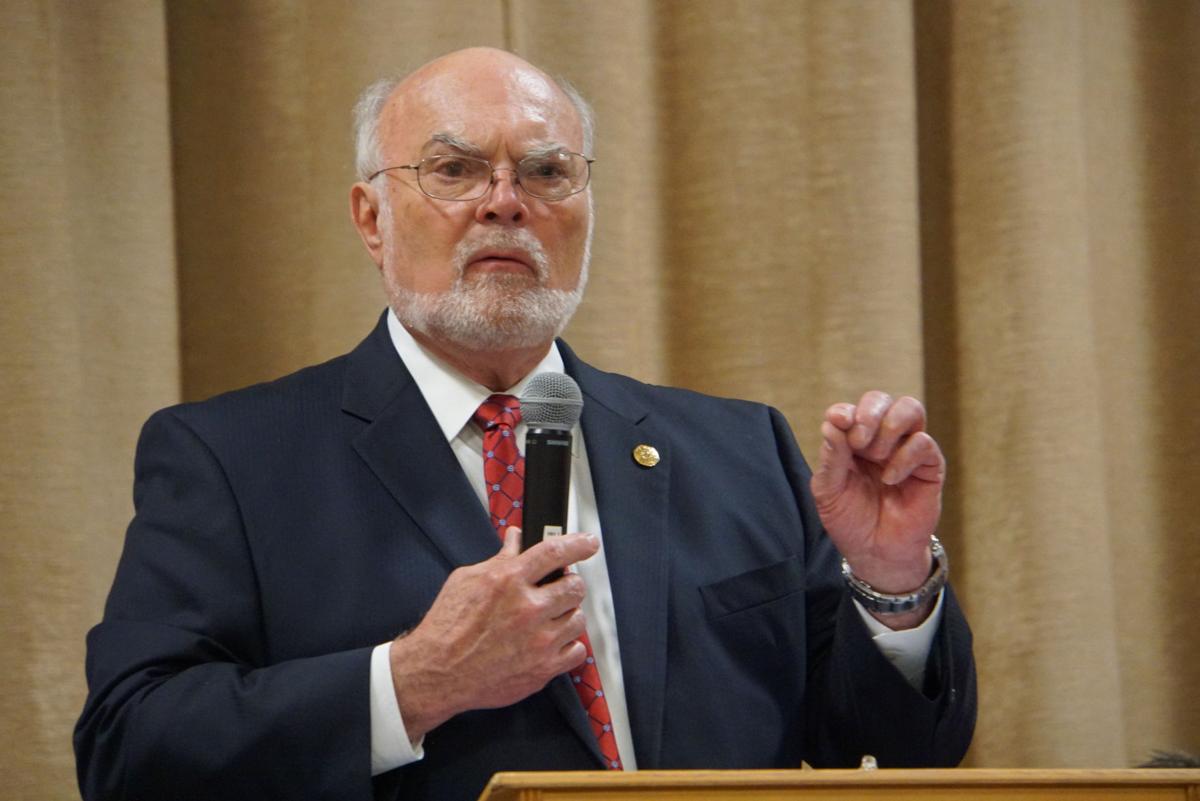 For state Sen. Bryan Hughes and his colleagues, this was supposed to be a relatively calm time.

After all, the pressure-packed 86th legislative session of 2019 was behind them. Back home in their districts, the senators typically would be shaking hands at Kiwanis Club luncheons and offering words of wisdom at high school honors banquets.

But this year is anything but typical, thanks to COVID-19.

With the contagious, sometimes deadly, virus spreading in the state, opportunities to meet and greet constituents all but vanished. Instead, state senators were thrust into action helping county judges, mayors and health authorities navigate uncharted waters of striking a balance between slowing the spread of the virus while getting people back to work.

And though the next legislative session doesn’t begin until January, questions of how the pandemic will shape state government already loom large.

“COVID-19 has changed our lives in Texas and in America in ways that will continue to impact us going forward as we reopen our state,” Patrick said.

Senators were placed in groups based largely on the Senate committees on which they had served.

Patrick framed their mission as twofold: “combating this awful disease” and “making sure our economy can move forward.”

The Tyler Morning Telegraph, sister newspaper to the Watchman, spoke with three East Texas state senators about balancing these needs and the work of the Senate groups.

Hughes, R-Mineola, who represents Gregg County, along with Smith, Harrison, Upshur, Rusk, Panola and 10 other Northeast Texas counties, said he is all too aware some people believe that with the virus still spreading, it is too early to ease restrictions, while others are angry the restrictions were enacted in the first place.

An opposing view was posted by someone on Hughes’ Facebook page.

“I don’t care what the governor says, I’m staying home and waiting for about 14-15 days, then watching the numbers, before I venture out,” the poster wrote.

Based on the feedback he is receiving, Hughes said, “Folks want to open up the state and get back to work.”

Abbott has begun allowing many previously closed businesses to reopen if they limit occupancy and disinfect surfaces.

Hughes said one of the group’s focuses is ensuring that even during a pandemic, Texas can hold elections that “allow everyone to exercise their right to vote.”

Concerns about elections came up during a virtual town hall in which Hughes and a physician at the UT Health Science Center at Tyler answered COVID-related questions.

“Many things ... (can be done) to make sure we can vote and still practice social distancing,” Hughes told a caller who questioned what an election would be like if people still were being told to keep at least 6 feet away from others and avoid crowds.

“We have to make sure government is open and that people can still participate (in elections) just like we always have,” he said.

Hughes strongly opposes a mail-in ballot system, because it would be “rife with the potential for fraud.”

During the most recent legislative session, Hughes introduced bills that he said would protect the integrity of state elections.

“It’s our responsibility on behalf of the people of Texas to make sure each county is conducting elections in the most secure way possible or practicable and that voters can truly trust the results,” he said in a Texas Tribune story.

State Sen. Bob Hall, R-Edgewood, who represents Van Zandt, Rains and Hopkins counties, along with five other counties east and northeast of Dallas and a portion of Dallas County, said the pandemic is causing many to examine the role of government.

“Hopefully, we can use this as a lesson for all levels of government to act wisely and safely without overstepping the role of government,” Hall said. “Too often across the state, we have seen people’s individual liberty sacrificed at the altar of feeling safe. This does not have to be the trolley dilemma where we must choose between our hospitals or our businesses being ran over.”

He said Texans need to continue safe practices as restrictions are removed.

“Good hygiene habits and responsible choices on the part of citizens, as well as measured and precise actions by government, will be crucial in preventing future knee-jerk reactions and cures that do more damage than the disease,” he said.

Hall was appointed to the Food Supply Chain, Food Banks and Agriculture group.

”Citizens of Senate District 2 have expressed their concern over rumors of farmers and ranchers being told by government to destroy their crops and liquidate livestock,” he said. “Thankfully, the Texas Department of Agriculture is working with us to get correct information out and keep us all informed.”

The group is working to identify potential food production and distribution problems.

”The work group has discussed working closely with our school districts to help meet the needs of holding and distributing food,” Hall said. “Partnering with ISDs could provide a massive benefit to their local communities and ensure Texans are staying fed. We will also certainly be looking closely at what can be done to ensure that meat processing facilities have enough skilled labor to maintain operations and keep their products moving through the supply chain.”

While acknowledging that “social distancing has proven to be a successful tool in preventing the spread of this virus,” Nichols said he opposed forcing nonessential businesses to temporarily shut their doors.

“These businesses are the lifeblood of our state,” he said in an editorial. “They employ our friends and family, deliver essential goods and services and provide a tax base for critical services like our first responders. Those businesses which are able to implement social distancing and best practices should not be forced to close their doors.”

Nichols is on both the Economic Impact and Budgeting and the Jobs and Reopening the Economy groups.

“The pandemic and plunging oil prices are dealing a double blow to the Texas economy,” Nichols said.

State transportation projects are funded in part by oil and gas production tax revenue, he said. Record job losses and the closing of some businesses are projected to cause a drop in sales tax revenue, another source of funding, he said.

Nichols said legislators are bracing for the reality that the state will have less money and that they will be facing difficult decisions on spending.

“Sometimes there’s spending you can put off or things you can do without,” he said.

Last month, Nichols urged the Texas Transportation Commission to postpone approving billions on an Interstate 35 expansion project citing, “immense volatility in global financial markets, a near collapse in the oil market and a threat of a potential recession.”

Lt. Gov. Dan Patrick has created six Senate working groups to discuss challenges the state will face in the next legislative session as a result of the COVID-19 pandemic:

The groups and their members are:

10 Things You Can Do to Manage COVID-19 at Home

If you are sick with COVID-19 or suspect you are infected with the virus that causes COVID-19, follow the steps below to help prevent the disease from spreading to people in your home and community.

Feeling ill? It may not be Coronavirus